IBM Watson NLP (Natural Language Understanding) and Watson Speech containers can be run locally, on-premises or Kubernetes and OpenShift clusters. Via REST and WebSockets APIs AI can easily be embedded in applications. This post describes how to run Watson Text To Speech locally in Minikube.

To set some context, check out the landing page IBM Watson Speech Libraries for Embed.

The Watson Text to Speech library is available as containers providing REST and WebSockets interfaces. While this offering is new, the underlaying functionality has been used and optimized for a long time in IBM offerings like the IBM Cloud SaaS service for TTS and IBM Cloud Pak for Data.

How to run TTS locally via Minikube

My post Running IBM Watson Text to Speech in Containers explained how to run Watson TTS locally in Docker. The instructions below describe how to deploy Watson Text To Speech locally to Minikube via kubectl and yaml files.

First you need to install Minikube, for example via brew on MacOS. Next Minikube needs to be started with more memory and disk size than the Minikube defaults. I’ve used the settings below which is more than required, but I wanted to leave space for other applications. Note that you also need to give your container runtime more resources. For example if you use Docker Desktop, navigate to Preferences-Resources to do this.

The namespace and secret need to be created.

Clone a repo with the Kubernetes yaml files to deploy Watson Text To Speech.

To use other speech models, modify deployment.yaml.

When you open the Kubernetes Dashboard (via ‘minikube dashboard’), you’ll see the deployed resources. The pod contains the runtime container and four init containers (two specific voice models, a generic model and a utility container). 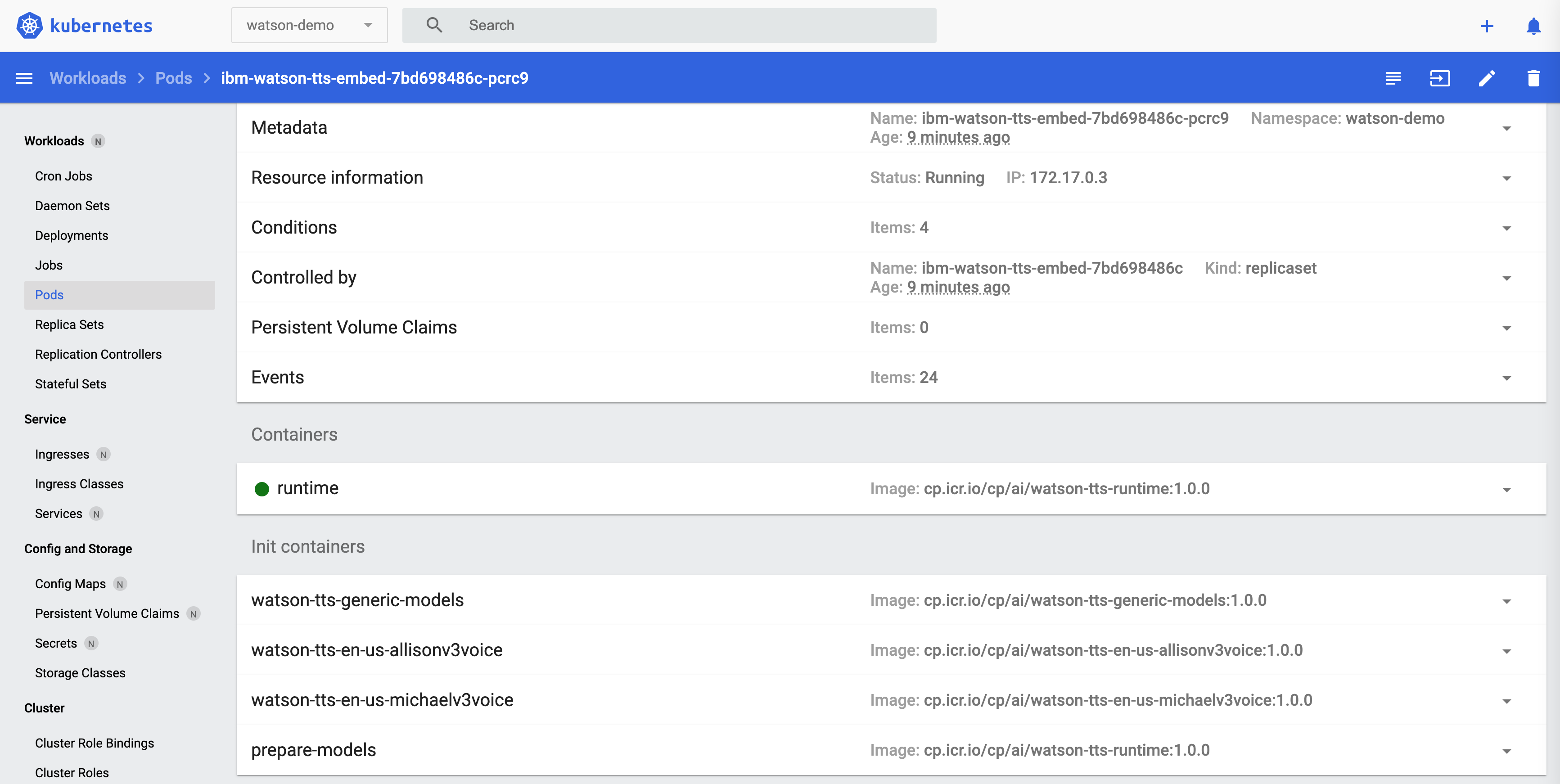 To invoke Watson Text To Speech, port forwarding can be used.

The result of the curl command will be written to output.wav.

To find out more about Watson Text To Speech and Watson for Embed in general, check out these resources: