IBM Watson NLP (Natural Language Understanding) and Watson Speech containers can be run locally, on-premises or Kubernetes and OpenShift clusters. Via REST and WebSockets APIs AI can easily be embedded in applications. This post describes how to run Watson Text to Speech locally.

To set some context, here are the descriptions of IBM Watson Speech Libraries for Embed and the Watson Text to Speech (TTS) library.

Build your applications with enterprise-grade speech technology: IBM Watson Speech Libraries for Embed are a set of containerized text-to-speech and speech-to-text libraries designed to offer our IBM partners greater flexibility to infuse the best of IBM Research technology into their solutions. Now available as embeddable AI, partners gain greater capabilities to build voice transcription and voice synthesis applications more quickly and deploy them in any hybrid multi-cloud environment.

The Watson TTS library converts written text into natural-sounding voice in a variety of languages for real-time speech synthesis. Offered as a containerized library, developers can build applications quickly with interoperable and production scalable components to run their speech tasks anywhere.

The Watson Text to Speech library is available as containers providing REST and WebSockets interfaces. While this offering is new, the underlaying functionality has been used and optimized for a long time in IBM offerings like the IBM Cloud SaaS service for TTS and IBM Cloud Pak for Data.

How to run TTS locally via Docker

To run STT as container, the container image needs to be built first. Different models are provided for different languages and use cases. There is a sample that describes how to run TTS with two speech models locally.

In a first terminal execute these commands to build and run the container:

In second terminal invoke these commands to invoke a REST API:

Here is a screenshot of the container in action: 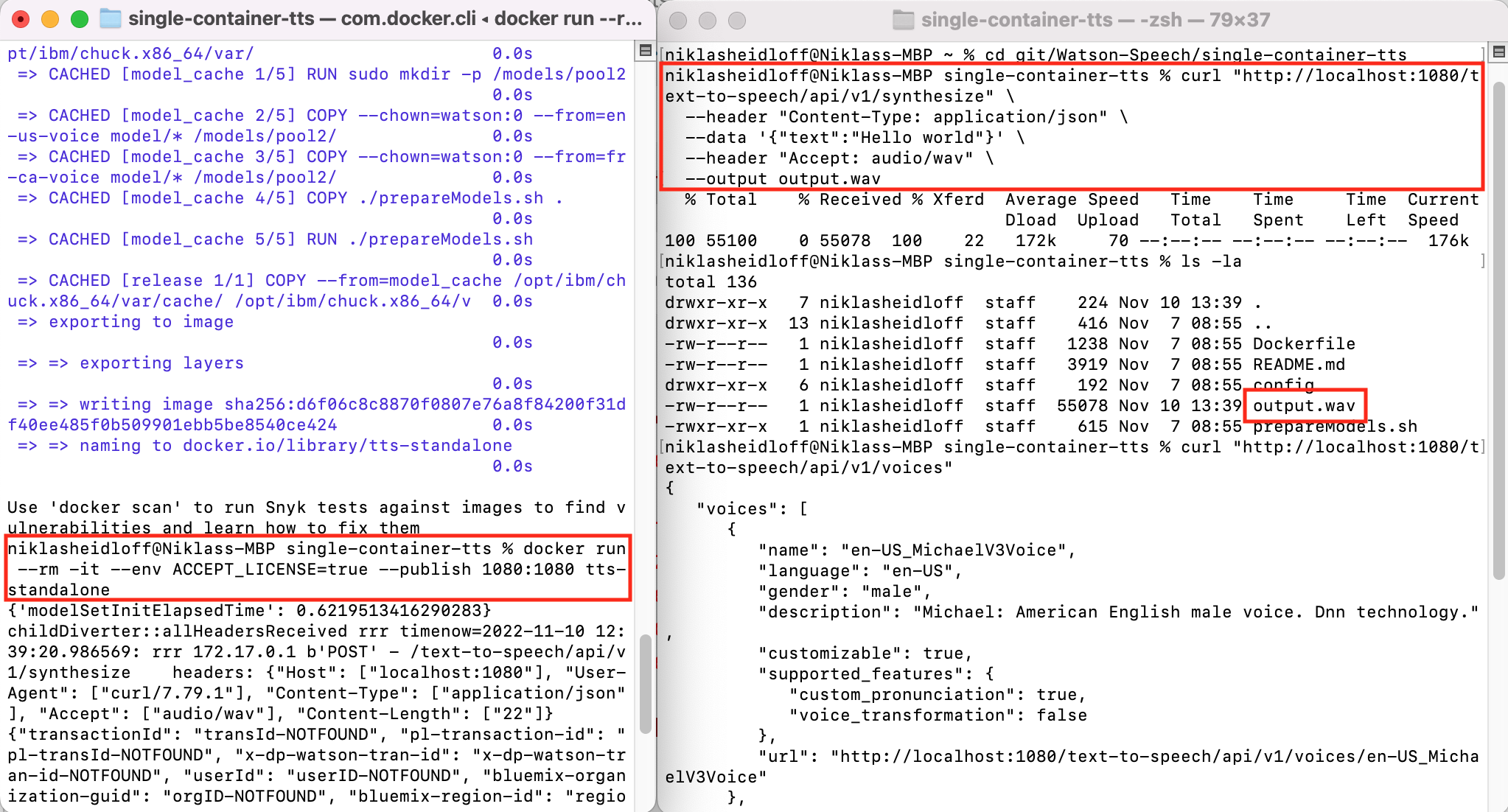 To define which models you want to put in your image, a multi stage Dockerfile is used.

To find out more about Watson Text to Speech, check out these resources: