This article describes how to develop microservices with Quarkus which use Apache Kafka running in a Kubernetes cluster.

The guide contains instructions how to run Kafka locally via Docker with docker-compose. While this is probably the easiest way to get started, the next step for microservices developers is often to figure out how to access Apache Kafka in Kubernetes environments or hosted Kafka services.

The open source project Strimzi provides container images and operators for running Apache Kafka on Kubernetes and Red Hat OpenShift. There is a nice blog series on Red Hat Developer that describes how to use Strimzi. In order to access it from applications there are several different options, for example NodePorts, OpenShift routes, load balancers and Ingress.

Sometimes these options can be overwhelming for developers, especially when all you need is a simple development environment to write some reactive hello world applications to get started. In my case I wanted to install a simple Kafka server in my Minikube cluster.

There is a quickstart guide how to deploy Strimzi to Minikube. Unfortunately it doesn’t explain how to access it from applications. The second part of the blog series Accessing Apache Kafka in Strimzi: Part 2 – Node ports explains this.

Based on these two articles I wrote a simple script that deploys Kafka to Minikube in less than 5 minutes. The script is part of the cloud-native-starter project. Run these commands to give it a try:

The output of the last command prints out the URL of the Kafka bootstrap server which you’ll need in the next step. You can find all resources in the ‘kafka’ namespace. 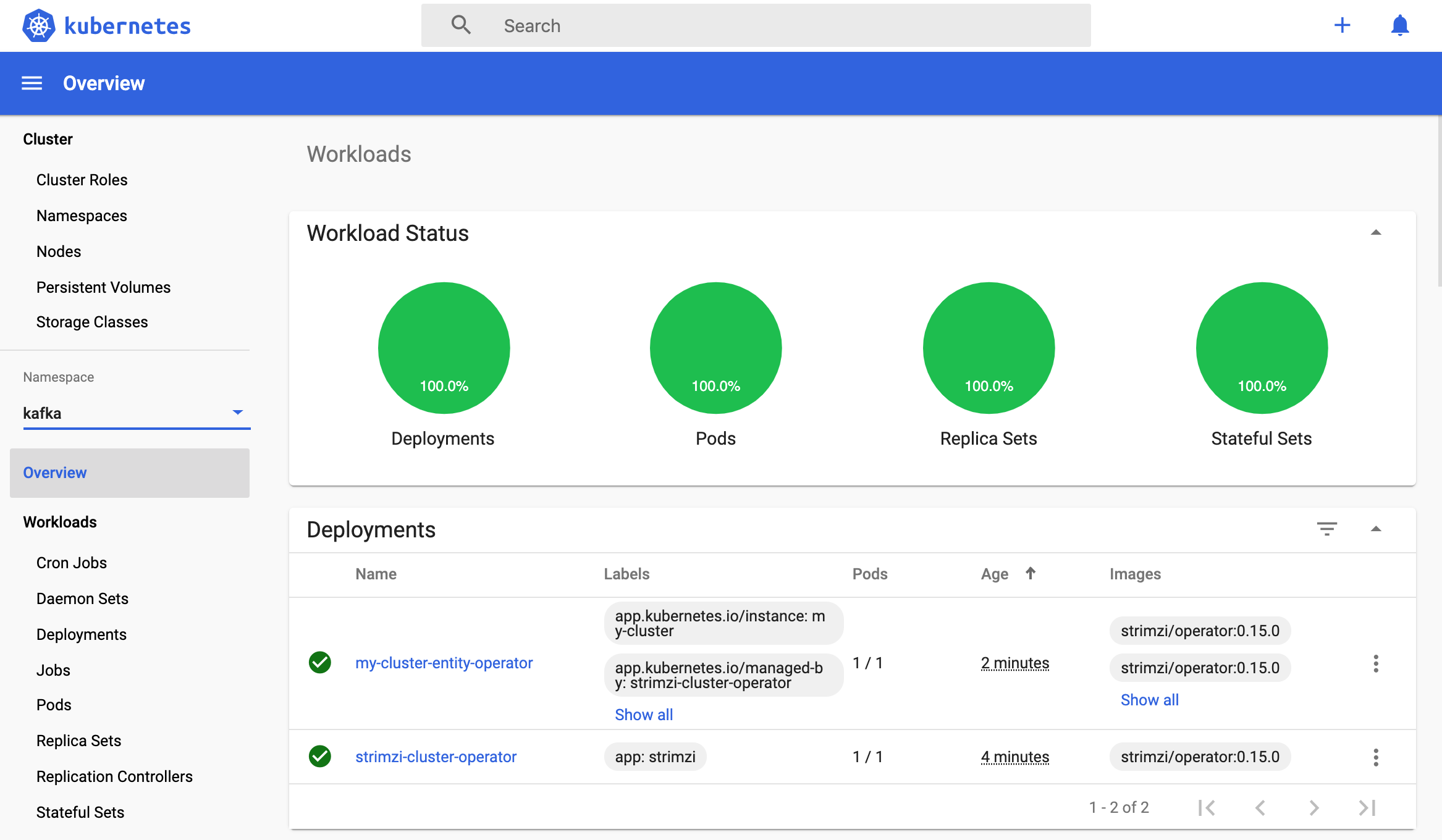 In order to access Kafka from Quarkus, the Kafka connector has to be configured. When running the Quarkus application in the same Kubernetes cluster as Kafka, use the following configuration in ‘application.properties’. ‘my-cluster-kafka-external-bootstrap’ is the service name, ‘kafka’ the namespace and ‘9094’ the port.

When developing the Quarkus application locally, Kafka in Minikube is accessed via NodePort. In this case replace the kafka.bootstrap.servers configuration with the following URL:

Option 2: Kafka as a Service

As most Kafka services in production, Event Streams requires a secure connection. This additional configuration needs to be defined in ‘application.properties’ again.

My colleague Harald Uebele has developed a script that creates the service programmatically and returns these two pieces of information.

The scripts mentioned in this article are part of the cloud-native-starter project which describes how to get develop reactive applications with Quarkus. My previous article describes the project.

Try out the code yourself.

Development of Reactive Applications with Quarkus

Accessing PostgreSQL in Kubernetes from Quarkus