This article describes how to implement reactive REST APIs in Java with Quarkus rather than using synchronous endpoints. In order to do this, the Java classes CompletableFuture and CompletionStage are needed. The article explains how to use these classes and how to chain asynchronous method invocations including exception handling and timeouts.

Why to use reactive REST APIs?

The first question you probably ask is, why should you change old habits and not use imperative code? After all implementing asynchronous code is rather unusual for some Java developers and requires a new thinking.

See the documentation which describes the performance tests for details:

The Quarkus guide Using Eclipse Vert.x provides a hello world example of a reactive REST API. In order to learn new technologies, it helps me writing simple sample applications after following the getting started tutorials. That’s why I’ve created a sample application which is available as part of the cloud-native-starter project.

The project contains a microservice ‘articles’ which provides a REST API that returns articles from a database. Let’s take a look at the code :

The ‘articles’ microservice has been implemented with a clean architecture approach where the code of the microservice is organized in three packages. These packages are rather independent from each other and could be exchanged with other implementations.

In the sample the REST endpoint from above resides in the API layer and invokes ArticlesService in the business layer.

Invocations are rather straight forward as described above. The question is how to handle exceptions. The cloud-native-starter project provides also a synchronous implementation of the REST endpoint. Let’s compare how error handling is done in both cases.

The synchronous version of ArticlesService has a method ‘getArticles’ which throws two exceptions (see code):

As usual these exceptions can be caught in the code that invokes the method (see code):

In order to signal an exception, it returns a CompletableFuture and invokes ‘failedFuture’ with the actual exception.

The next snippet shows how signaled exceptions can be caught. In this case the REST endpoint implementation in the API layer handles the exceptions caused by ArticlesService in the business layer (see code):

When microservices invoke asynchronous code successully, the various CompletionStage methods, for example ‘thenApply’ are invoked when the completion stages are completed. But what if completion stages are never completed? In that case the invoking code would wait forever. Good examples are microservices that access databases or invoke other services. In those cases loading indicators in user interfaces wouldn’t stop when databases or services are not available.

Here is another sample snippet where a Postgres database is accessed asynchronously:

In order to handle timeouts, the method ‘CompletableFuture.orTimeout’ can be used. When the execution takes too long, the code in ‘exceptionally’ is triggered. Note that this method is only available in Java 9+.

This article is part of a series. Read the other articles of this series to learn about reactive programming:

All samples of this article are included in the open source project cloud-native-starter. Check it out to see the code in action.

The project comes not only with the articles service, but with a complete cloud native application with multiple microservices, Postgres and Kafka: 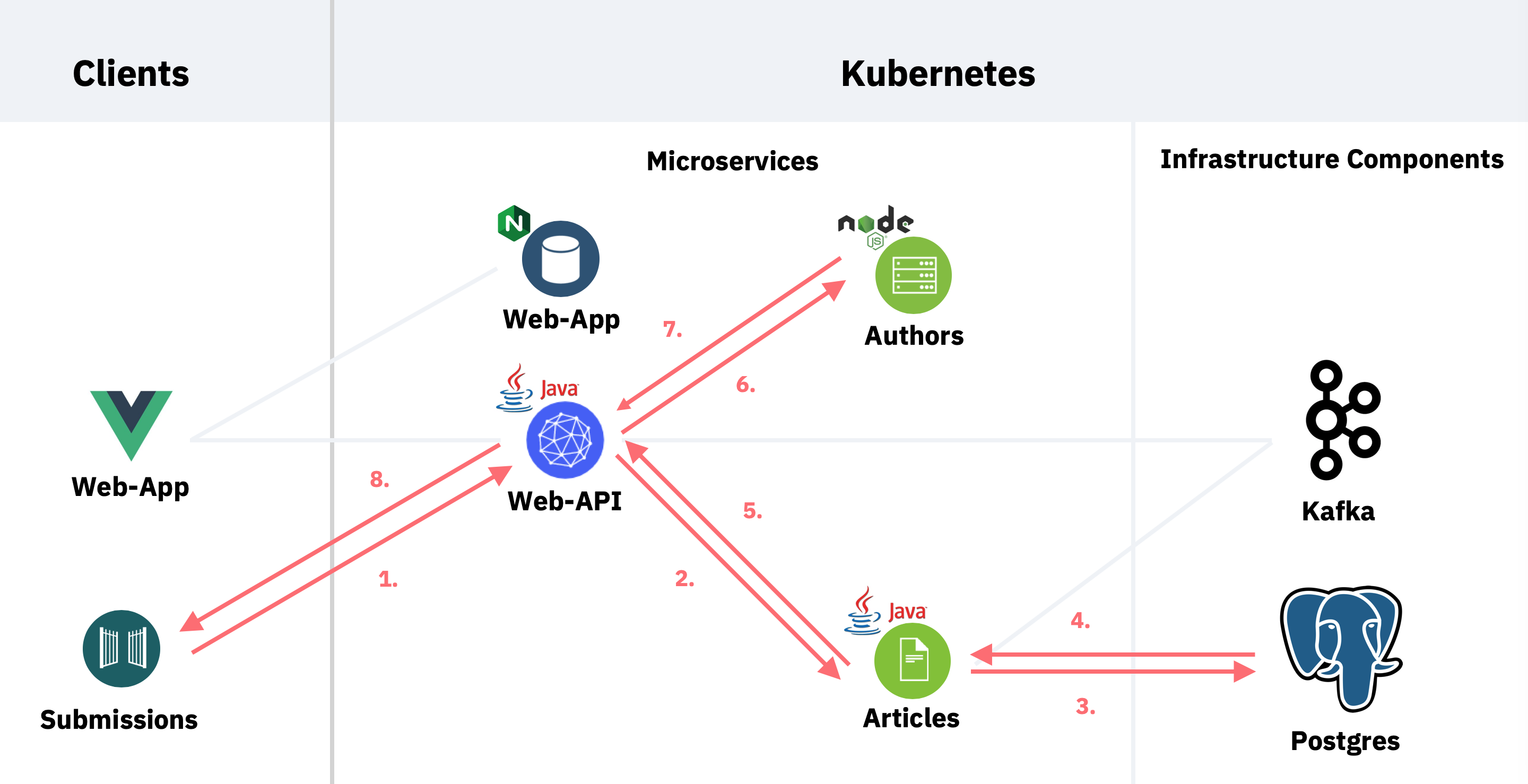