Tekton without Tekton in DevSecOps Pipelines

IBM provides a DevSecOps reference implementation which is especially useful for regulated industries to adhere to policies. This article describes how we have implemented the CI and CD pipelines for our SaaS reference architecture.

The DevSecOps reference implementation uses internally Tekton which is a Kubernetes-native CI/CD technology with several benefits like the big community, lots of reusable tasks, multi-cloud support and more. One challenge I’ve experienced with Tekton is that it is sometimes not as easy and convenient as I had hoped. A good example is how parameters are passed around. To support clean encapsulations and allow reuse of assets, Tekton assets provide interfaces which describe exactly the input and output of assets like tasks. While this concept makes a lot of sense, it can add complexity (some people might say unnecessary work) when developing pipelines. For example to pass a property to a task it might involve multiple stages: from initial definition to pipeline to pipeline run to task and then to task run. In my case this often caused issues since I forgot steps and the debugging was time consuming.

This is why I use the article title ‘Tekton without Tekton’. The DevSecOps reference implementation comes with its own programming model to make it easier to build pipelines. For common tasks like vulnerability checks, secret detections and building images out of the box functionality is provided. In other words no code has to be written. Instead tasks can be reused and customized either declaratively or programmatically.

Rather than writing Tekton tasks, scripts can be invoked. The .pipeline-config.yaml file defines which scripts to invoke in which stages of the CI/CD pipelines. For each stage different base images can be chosen. For example the ‘deploy’ stage cannot be handled generically which is why custom specific scripts need to be provided.

I especially like the tools that provide various convenience functionality. For example this is how you can use global variables (see documentation). 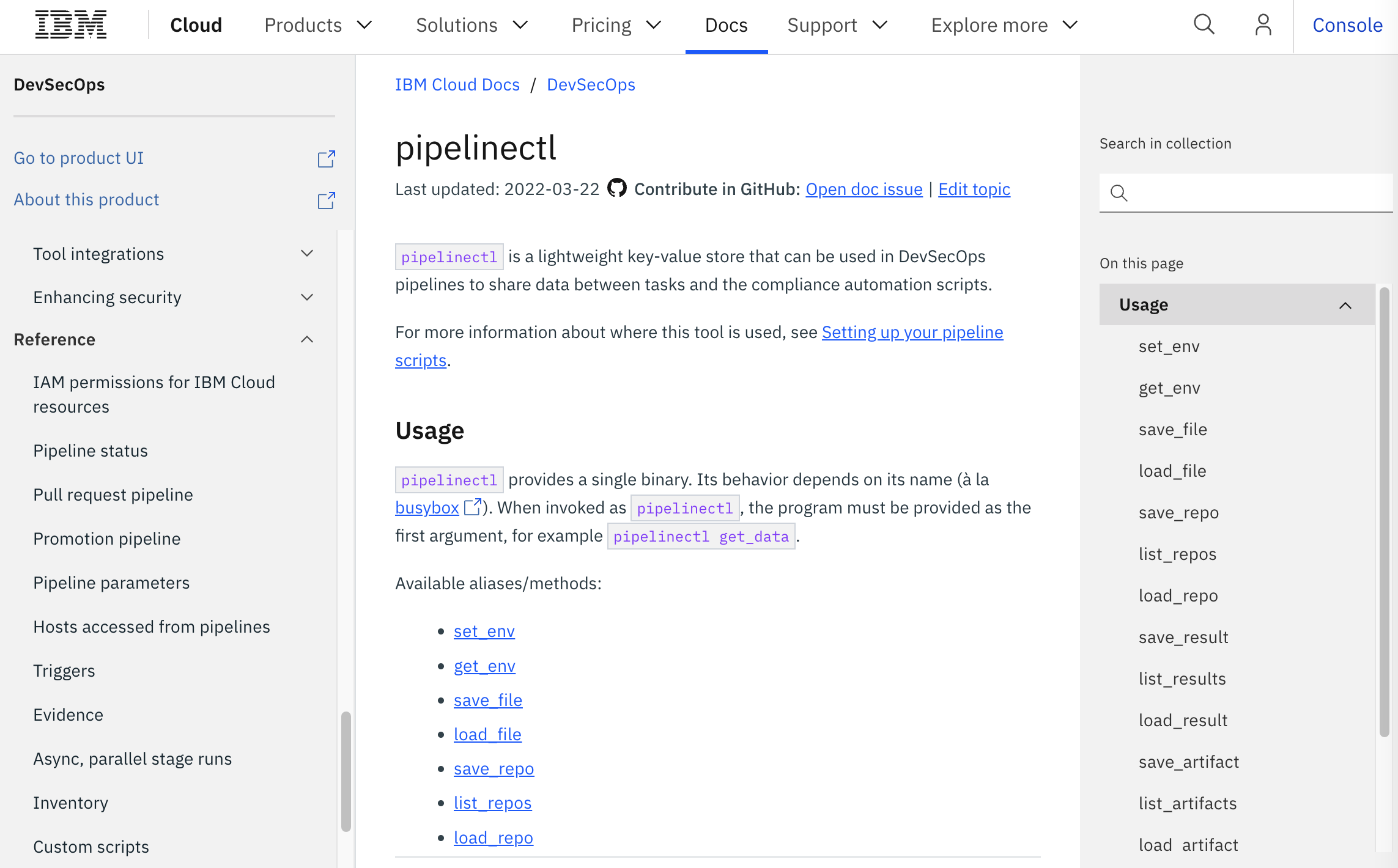 Check out the IBM Toolchains documentation and the SaaS reference architecture to find out more.

How to build your own Database on Kubernetes