This article is part of a mini series.

A core concept of DevSecOps is ‘shift left testing and security’. The basic idea is simple. Do as much security and functional testing as early as possible in the software development lifecycle. The earlier issues are detected, the easier and cheaper is it to fix the issues.

These are the main tasks of the first of the two CI pipelines that are part of the IBM DevSecOps reference implementation.

The documentation describes these steps in more details. Let’s look how this can be done when developers check in code. You can find the complete flow in the GitHub repo.

Changes from developers are not pushed into the main branch directly. Instead feature branches are used which is a good pattern anyway. 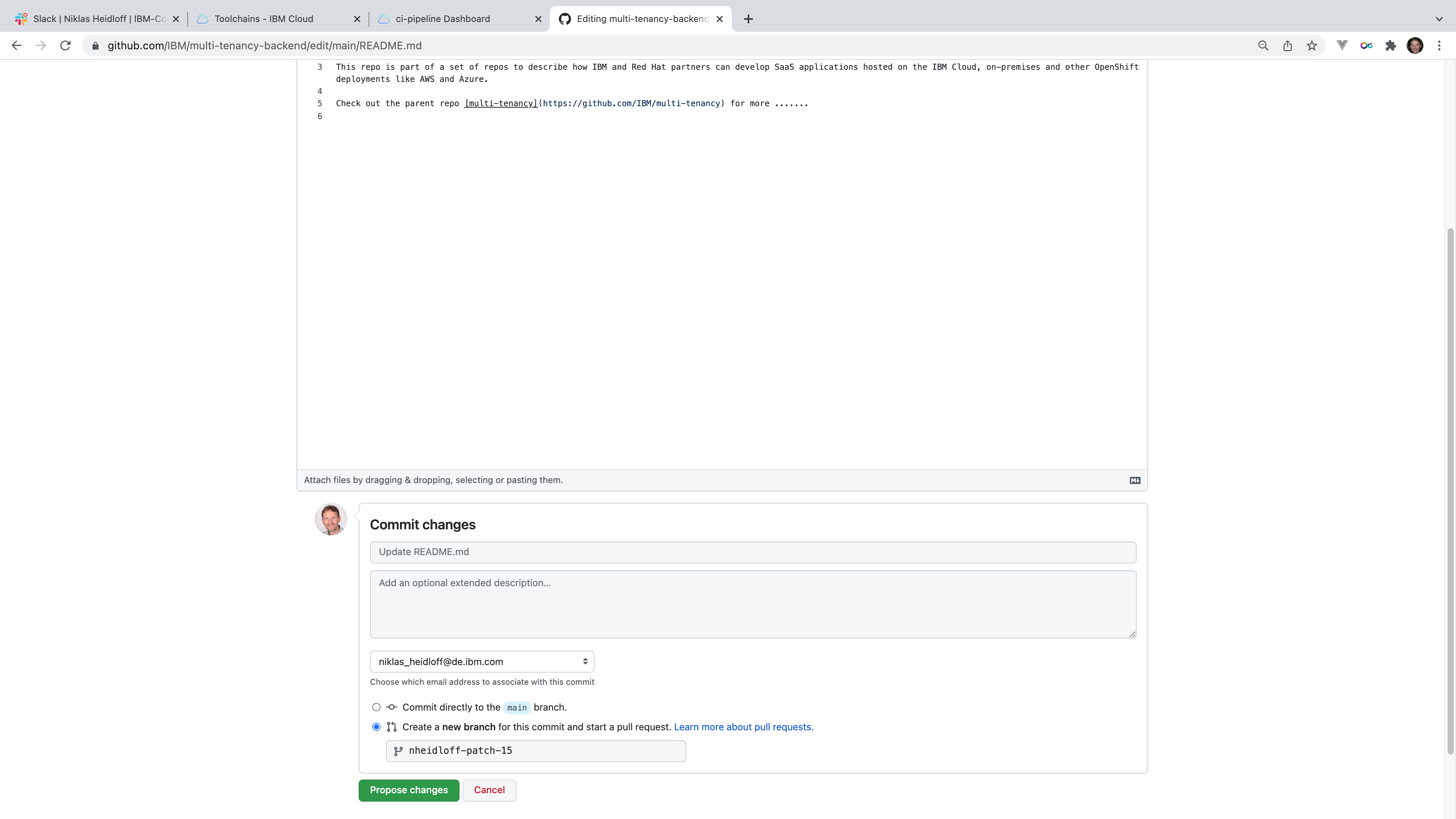 After the pull request has been created, the first CI pipeline starts automatically to perform the various security and functional tests. 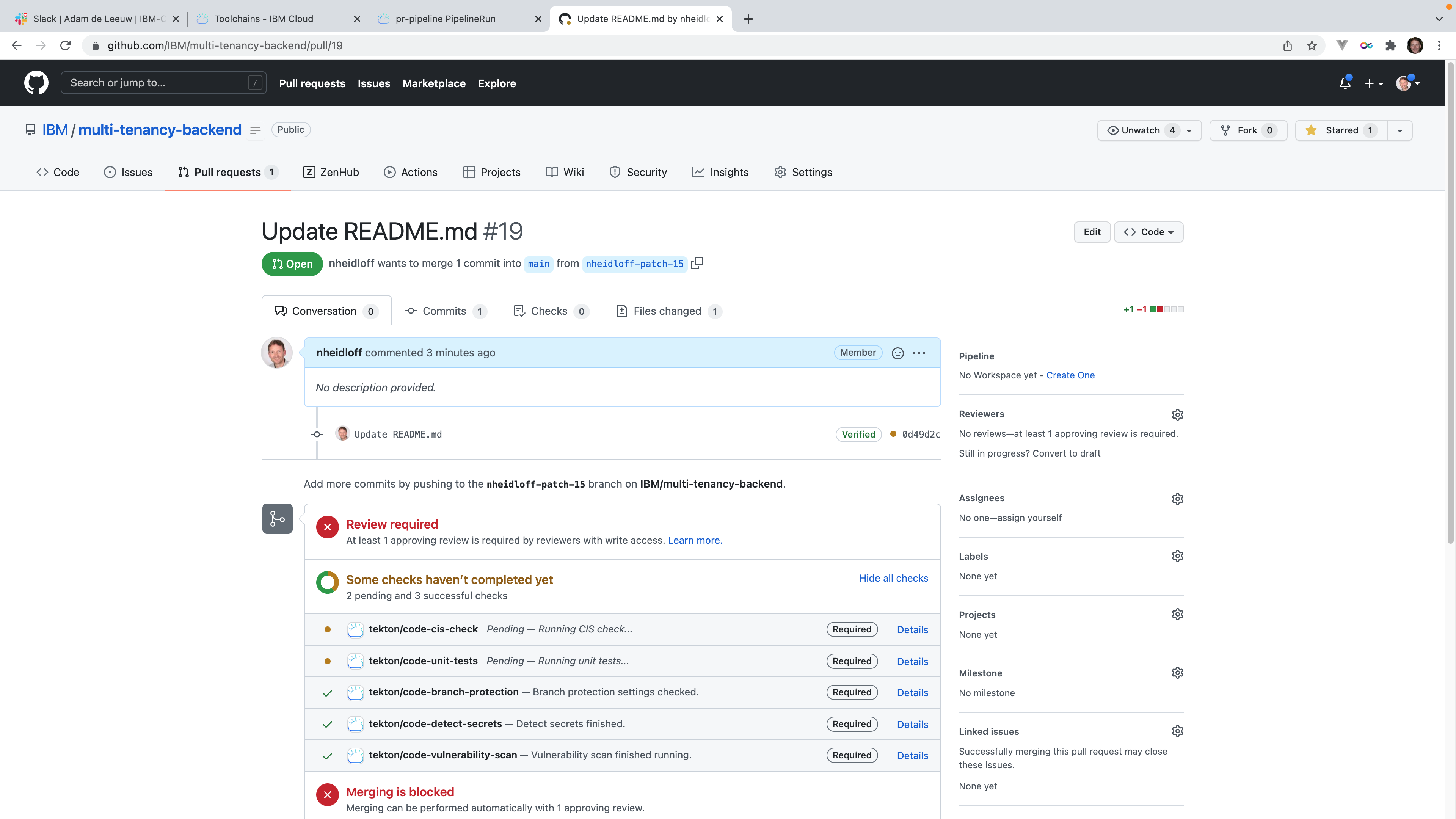 I like the integration in GitHub. As a developer I can see most of the results directly in the GitHub experience. In the background the pipeline on the IBM Cloud is run.

Even if the various security checks have been successful, the pull request still cannot be merged. A second developer (in this case my colleague Adam) needs to approve first. From my personal experience I can say that these reviews are another very good pattern. 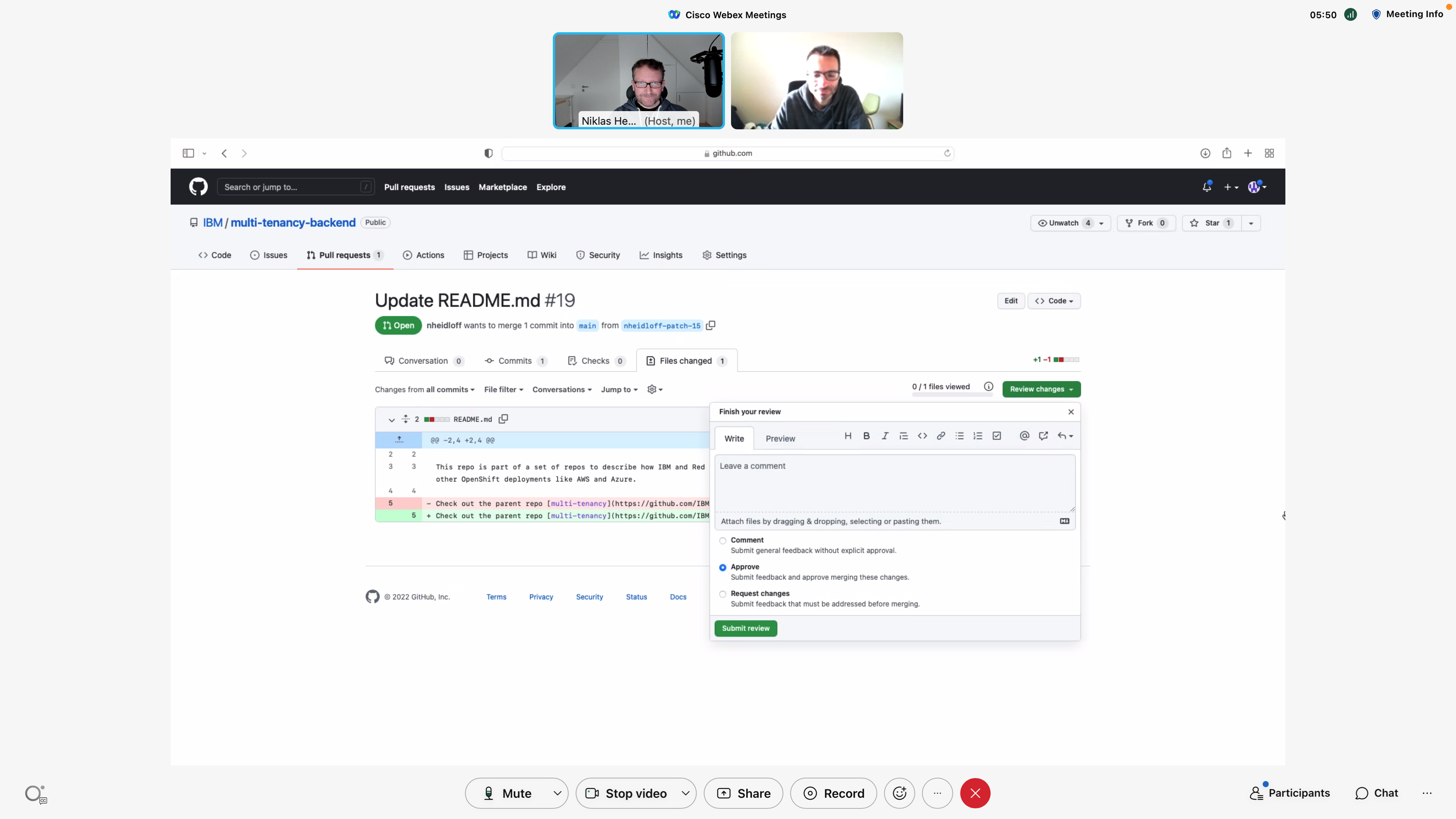 Check out the IBM Toolchains documentation and the SaaS reference architecture to find out more.