Teams might choose different languages for the following reasons:

In this article I’m not going to describe how to implement the most efficient functions and when to use which programming language, but certain languages may be better for specific requirements. Some languages might be faster to start, faster to execute code at runtime, require less memory, etc.

I’ve open sourced a sample that shows how to use JavaScript, TypeScript, Java and Kotlin together in a serverless application.

The polyglot ‘send notification’ application sends either emails or text messages to certain users, depending on the information provided in their profiles. Here is the data flow used in this sample, as visualized by OpenWhisk Composer. 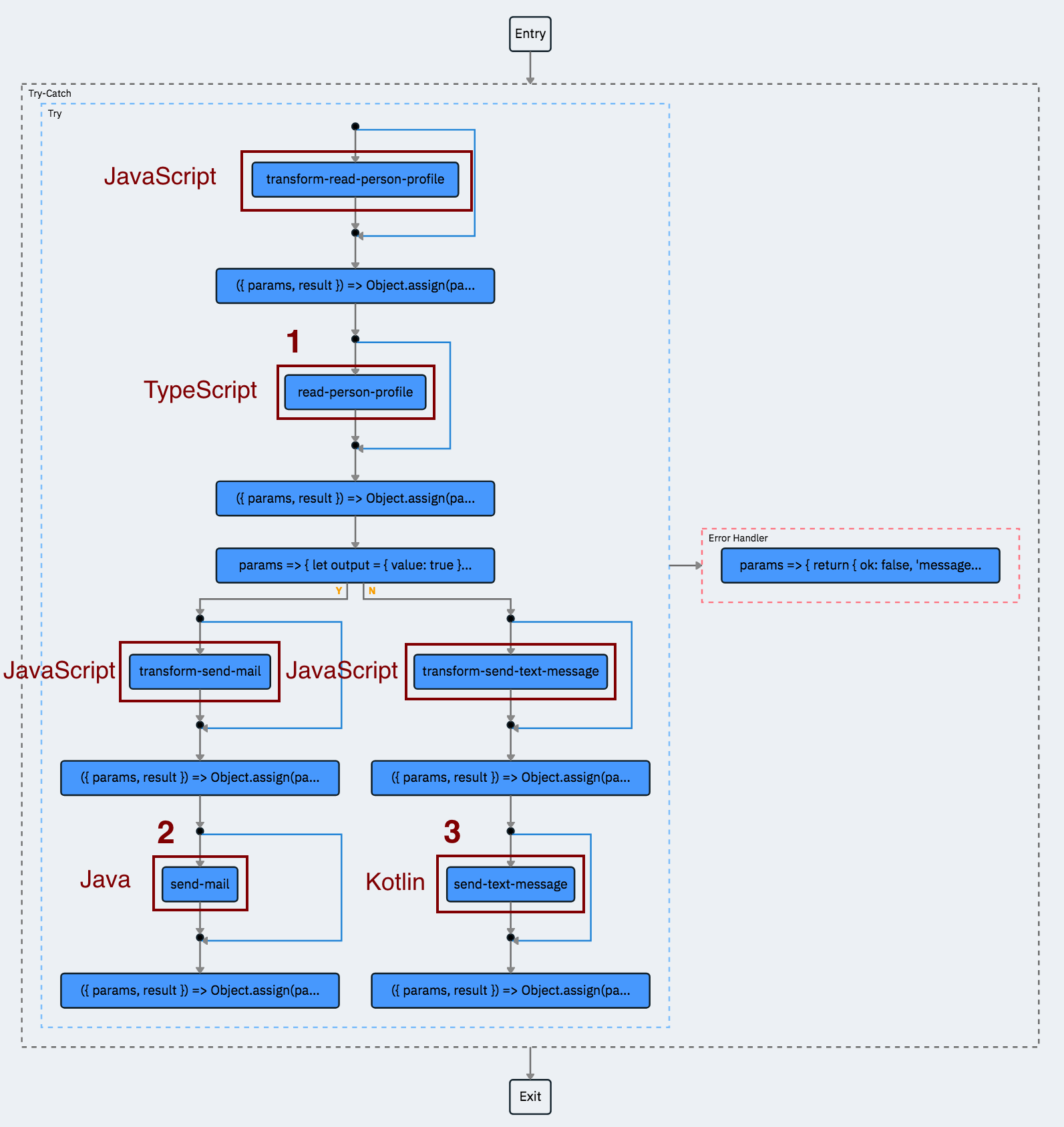 The sample uses IBM Cloud Functions which is based on Apache OpenWhisk. While the functions are stateless, applications defined with OpenWhisk Composer manage the state and are responsible for how the data flows between functions. Read my previous article to learn more about the data flows and function schemas.

OpenWhisk supports several different programming languages out of the box: JavaScript, Java, Python and more. You can also use Docker to implement functions, which is what I’m using in this sample.

Docker provides some advantages that might be important for your requirements:

Here are links to the code how to implement OpenWhisk functions with Docker and different languages.

This is the Kotlin function used in the sample. Essentially only one ‘/run’ endpoint needs to be implemented.

Want to run this sample? Try it out on the IBM Cloud; get an account here.