Serverless platforms are often used to build APIs for web and mobile apps. I’ve open sourced a pattern that shows how to implement protected APIs with IBM Cloud Functions and how to invoke them from Angular web applications.

IBM Cloud Functions comes with an API Gateway. Developers can grant access to their APIs via application keys and they can track usage via graphical dashboards. For user authentication Google, Facebook and GitHub accounts can be used via OAuth.

The static resources of web applications can be hosted in various ways, for example on GitHub pages. Since the JavaScript files are loaded in browsers, for security reasons they must not include the credentials to access the APIs. Instead OAuth is used to authenticate users before invoking the protected APIs. Read the documentation for more information.

The following diagram describes the flow of authenticating and authorizing a user in the sample application: 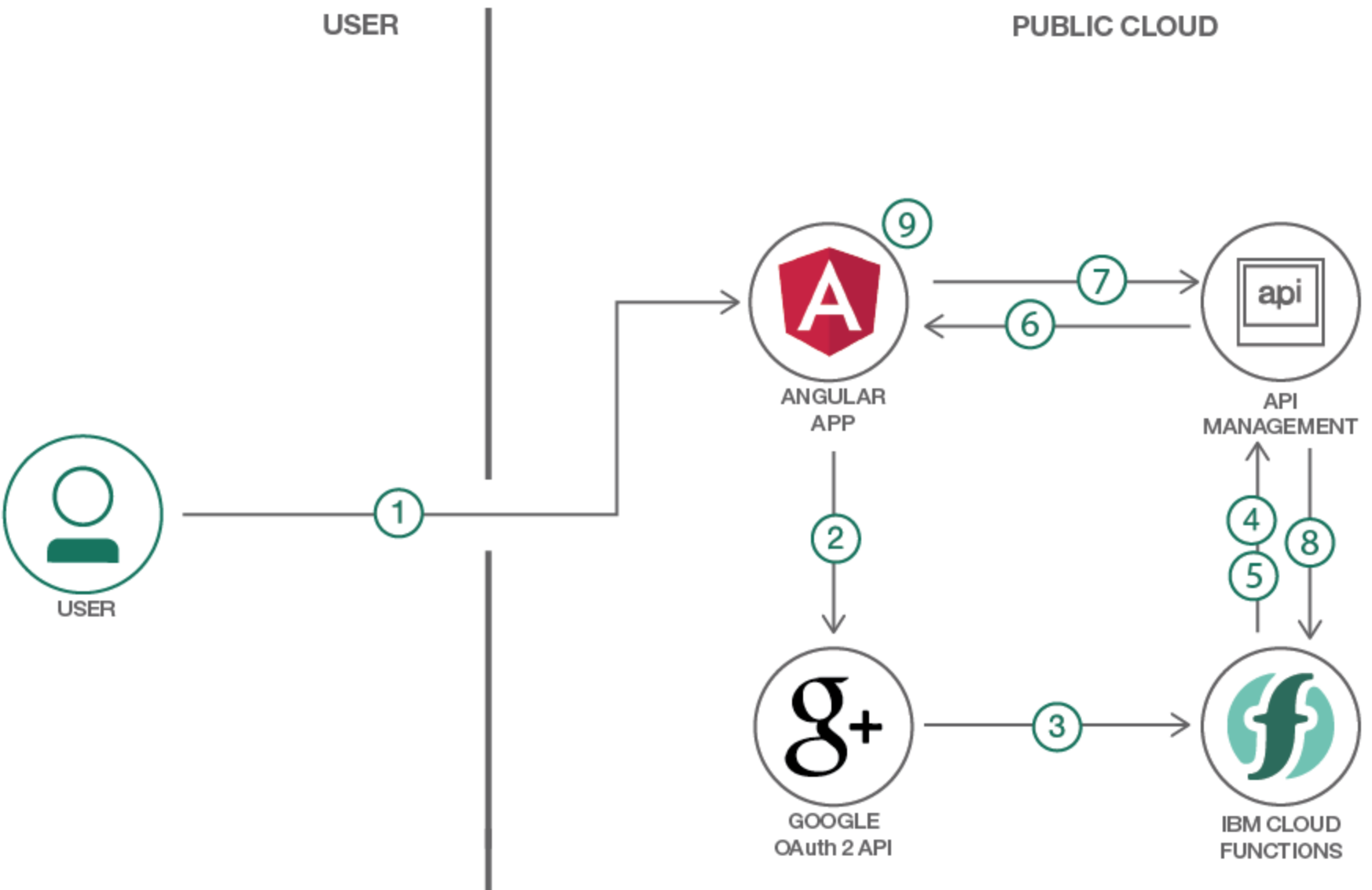 This is the code of step (4) which reads the access token. The OAuth client id and secret are only accessible in this code and not in the client side JavaScript code.

Thanks a lot to my colleague Andy Shi who converted this sample into a code pattern.