This article describes Tekton, an open-source framework for creating CI/CD systems, and explains how to deploy and use it on the IBM Cloud Kubernetes service.

Here is the definition from the project’s home page:

Tekton is a powerful yet flexible Kubernetes-native open-source framework for creating CI/CD systems. It lets you build, test, and deploy across multiple cloud providers or on-premises systems by abstracting away the underlying implementation details.

As described in this intro video, Tekton is a shared set of open source building blocks that are composable, declarative and reproducible CI/CD systems.

The biggest companies that are engaged in this project are at this point Google, CloudBees, IBM and Red Hat. Because of its importance the project has been split from Knative which is focussed on scale to zero capabilities.

The first thing you should get familiar with to use Tekton is its terminology and component model. Check out the documentation to understand what tasks, steps, pipelines, etc. are.

I don’t want to repeat Gregory’s tutorial here, but outline some points that took me some time to understand. Here are the steps to deploy a simple hello world sample on the IBM Cloud Kubernetes service.

First get an IBM lite account. It’s free and there is no time restriction. In order to use the Kubernetes service you need to enter your credit card information, but there is a free Kubernetes cluster.

Then run these commands to login and create two tasks, one pipeline and a resource pointing to your source:

Next a secret and a pipeline account needs to be created to access your image registry on the IBM Cloud from Tekton:

Before the pipeline can be run, your registry’s DNS name and your namespace need to be defined in ‘tekton/run/picalc-pipeline-run.yaml’. Here is how you find this information:

After you’ve defined this information in ‘picalc-pipeline-run.yaml’, the pipeline can be run:

In addition to Tekton Pipelines there is another project Tekton Dashboard to visualize the definitions and output of pipelines.

In order to run it on the IBM Cloud, clone the repo:

Before you can install it, one file needs to be changed. Since the lite account doesn’t provide Ingress capabilities, you need to define to use NodePort for the dashboard service.

In order to do this, add “type: NodePort” in line 145 in ‘config/release/gcr-tekton-dashboard.yaml’:

After this run these commands to install and open the dashboard:

This screenshot shows the results of the pipeline runs: 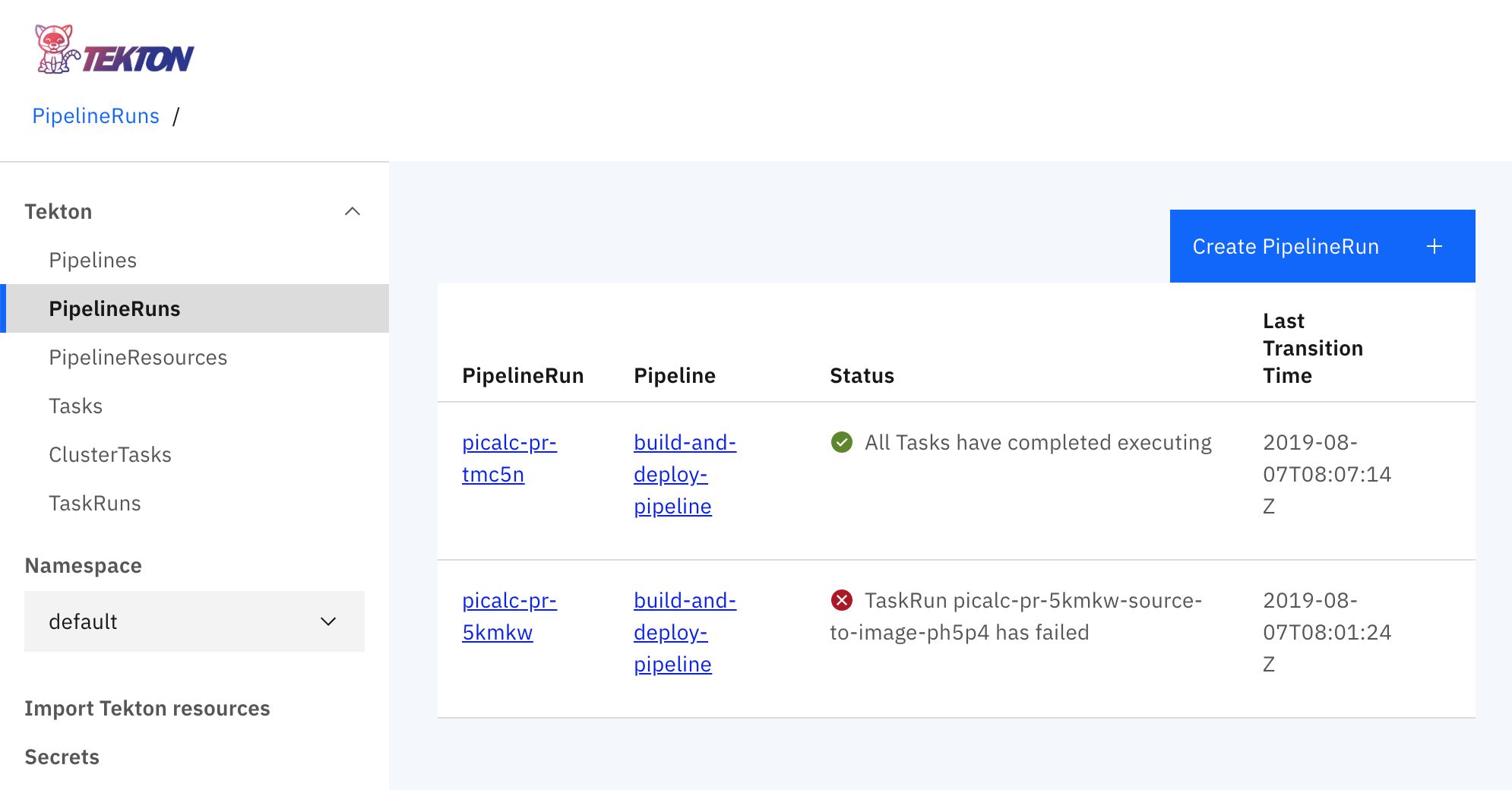 This screenshot shows the results of the task runs: 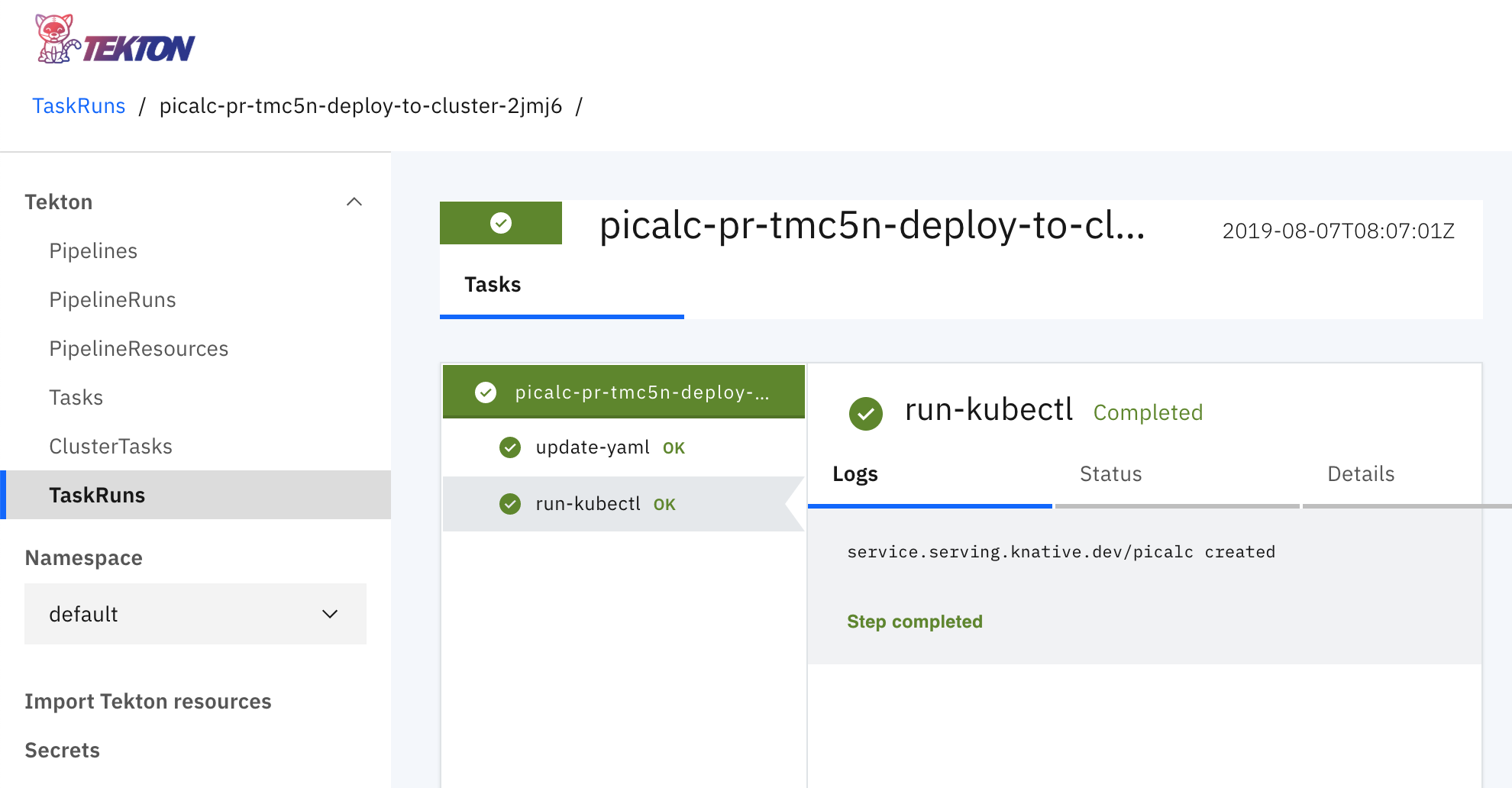 Why should Developers use the IBM Cloud?