This article describes Tekton, an open-source framework for creating CI/CD systems, and explains how to deploy microservices built with Eclipse MicroProfile on Kubernetes and OpenShift.

The biggest companies that are engaged in this project are at this point Google, CloudBees, IBM and Red Hat. Because of its importance the project has been split from Knative which is focussed on scale to zero capabilities.

Tekton comes with a set of custom resources to define and run pipelines:

I’ve created a simple microservice which is available as open source as part of the cloud-native-starter repo.

The microservice contains the following functionality:

Setup of the Tekton Pipeline

1) The file task-source-to-image.yaml defines how to 1. build the image within the Kubernetes cluster and 2. how to push it to a registry.

For building the image kaniko is used, rather than Docker. For application developers this is almost transparent though. As usual images are defined via Dockerfiles. The only difference I ran into is how access rights are handled. For some reason I couldn’t write the ‘server.xml’ file into the ‘/config’ directory. To fix this, I had to manually assign access rights in the Dockerfile first: ‘RUN chmod 777 /config/’.

The source to image task is the first task in the pipeline and has only one step. The screenshot shows a representation of the task in the Tekton dashboard. 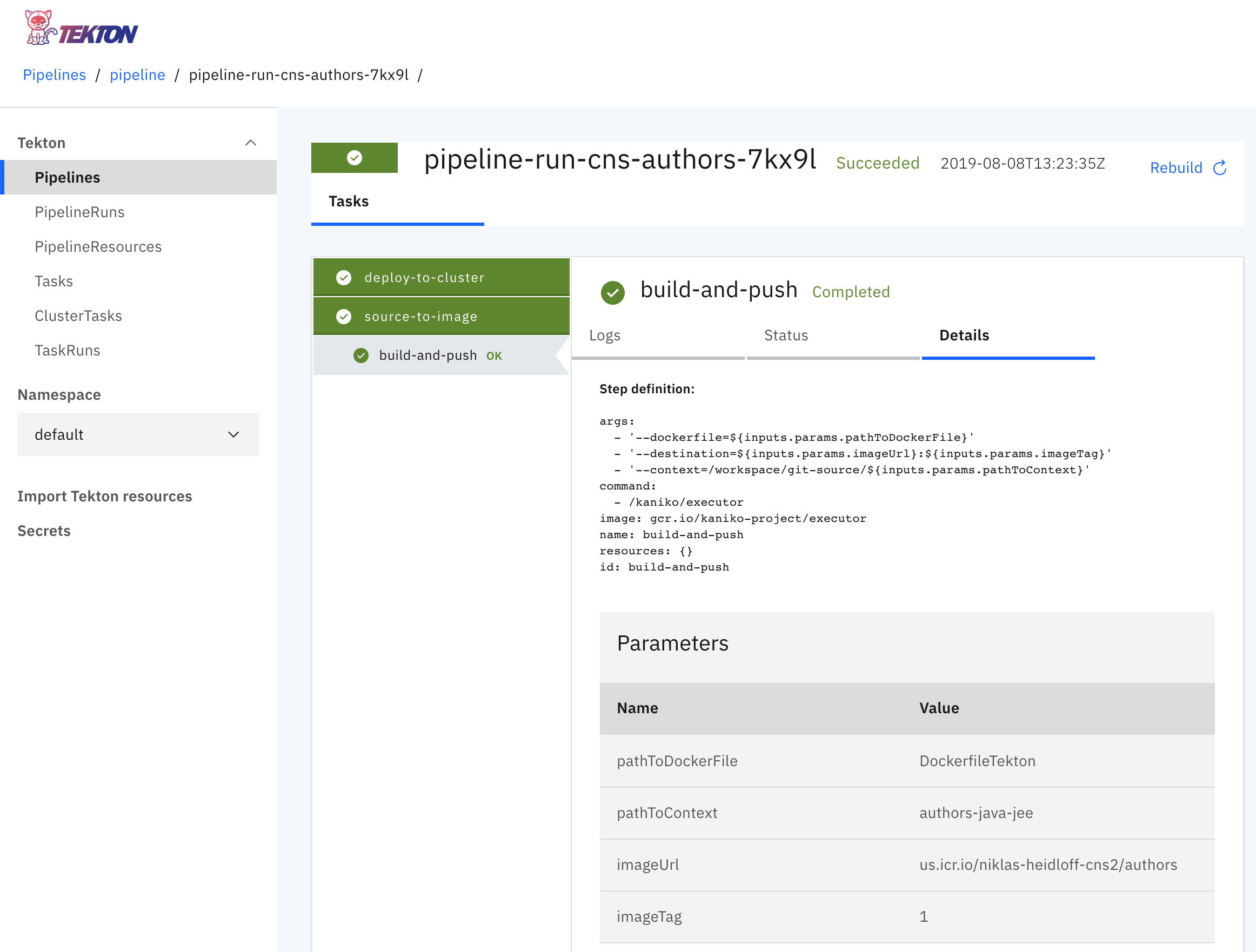 2) The file task-deploy-via-kubectl.yaml contains the second task of the pipeline which essentially only runs kubectl commands to deploy the service. Before this can be done, the template yaml file is changed to contain the full image name for the current user and environment.

3) The file pipeline.yaml basically only defines the order of the two tasks as well as how to pass parameters between the different tasks.

The screenshot shows the pipeline after it has been run. The output of the third and last steps of the second task ‘deploy to cluster’ is displayed.

4) The file resource-git-cloud-native-starter.yaml only contains the address of the GitHub repo.

5) The file pipeline-account.yaml is necessary to define access rights from Tekton to the container registry.

Here are the complete steps to set up the pipeline on the IBM Cloud Kubernetes service. Except of the login capabilities the same instructions should work as well for Kubernetes services on other clouds and the Kubernetes distribution OpenShift.

To create the pipeline, invoke these commands:

In order to invoke the pipeline, a sixth yaml file pipeline-run-template.yaml is used. As stated above, this file needs to be modified first to contain the exact image name.

The pipeline-run resource is used to define input parameters like the Git repository, location of the Dockerfile, name of the image, etc.

Invoke the following commands to trigger the pipeline and to test the authors service:

After running the pipeline you’ll see two Tekton pods and one authors pod in the Kubernetes dashboard. 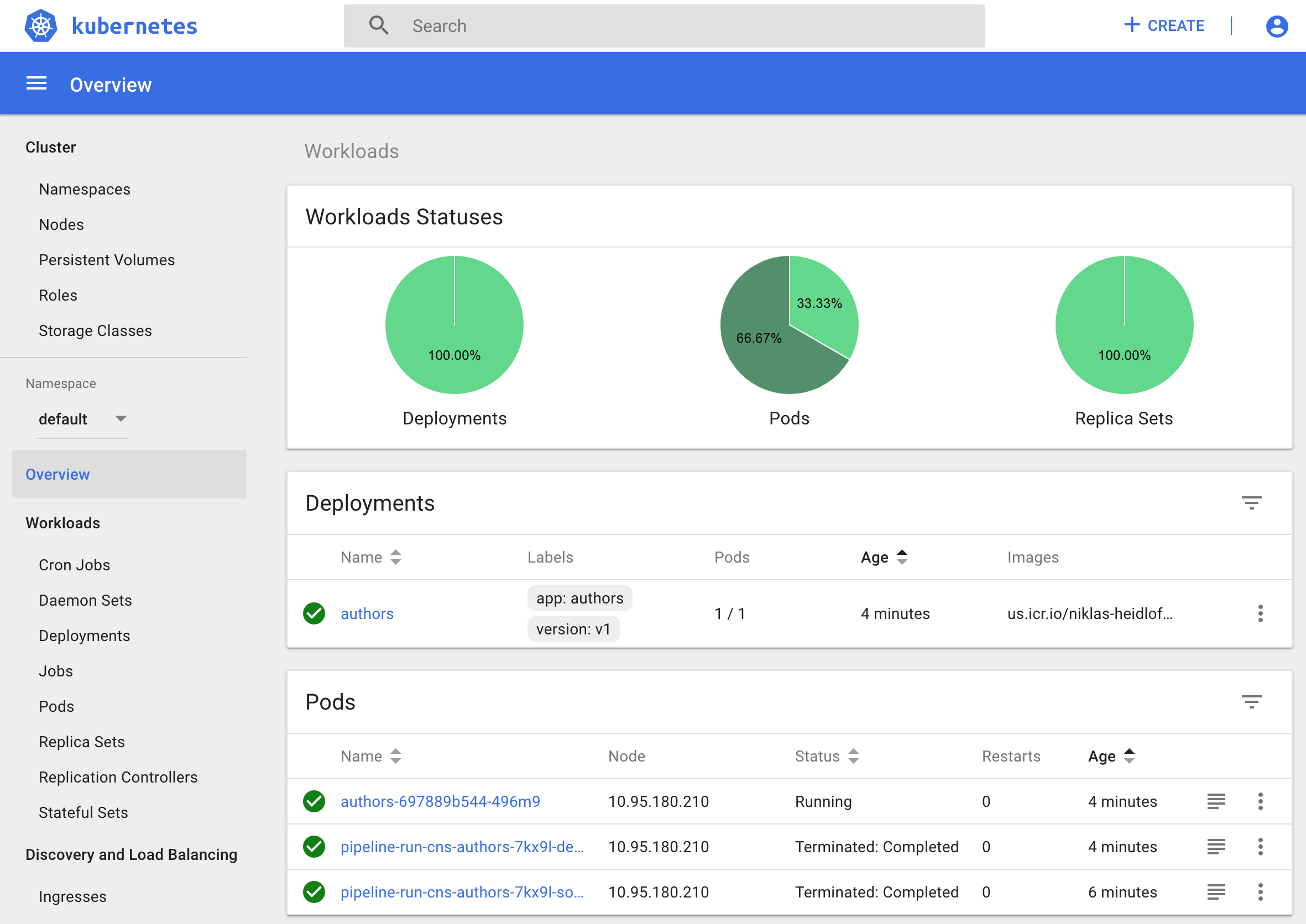 Try out this sample yourself!