What is Node-RED? How can it be used for the Internet of Things?

Node-RED is a visual tool for wiring the Internet of Things, but it can also be used for other types of applications to quickly assemble flows of services. The name is not the most intuitive name. The reason why ‘Node’ is in the name is because the tool is implemented as Node application but from a consumer point of view that’s really only an internal implementation detail. Node-RED is available as open source and has been implemented by the IBM Emerging Technology organization. 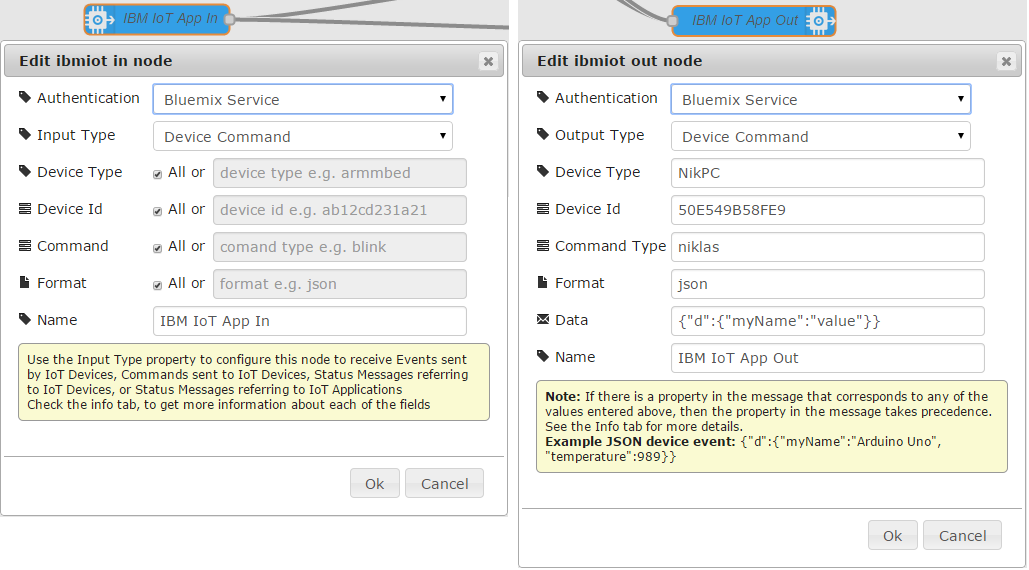 Node-RED can not only be used for Internet of Things applications, but it is a generic event-processing engine. For example you can use it to listen to events from http, websockets, tcp, Twitter and more and store this data in databases without having to program much if at all. You can also use it for example to implement simple REST APIs. Ryan Baxter provided just last week a Node-RED sample that isn’t an IoT app. You can find many other sample flows on the Node-RED website.

There are also several good demos and videos. One demo I especially like is this one from Rodric Yates:

For a better description what Node-RED is and some of the history check out the article How IBM’s Node-RED is hacking together the internet of things from Nick Heath.

If you want to try out Node-RED hosted in the cloud, you can get an account on the IBM Cloud and use the Node-RED boilerplate to get started quickly.