Usage of Swagger 2.0 in Spring Boot Applications to document APIs

As IBM VP Angel Diaz stated in an interview on SearchCloudComputing “Swagger is the way most developers describe [REST] APIs”. With version 2.0 many important features like extensibility have been added, there is a big community and many developers are using it by now. Additionally there is work going on to create an open governance model around the Swagger specification under the Linux Foundation as part of the Open API Initiative.

What I like most about Swagger is the ability to document APIs directly in the (Java) source code via annotations so that documentation and actual API implementations are not out of synch.

IBM uses Swagger for the API documentation of several products and services internally. Furthermore the API management service in IBM Bluemix can import Swagger 2.0 definitions to manage your APIs easily.

The Java Spring framework has a lot of traction in the enterprise community these days. In order to use Swagger in Spring Boot applications I tried Springfox which is not part of Swagger core but it integrates nicely in Spring and supports the core Swagger annotations.

Below I extended the Spring sample Building a RESTful Web Service with Swagger annotations.

First you need to define the dependencies to the Springfox and Swagger libraries, in my case in Maven.

Then I enabled Swagger in the boot application.

In the controller I used Swagger annotations to document the API.

In the sample resource I documented parameters.

Here is the outcome in the API explorer. 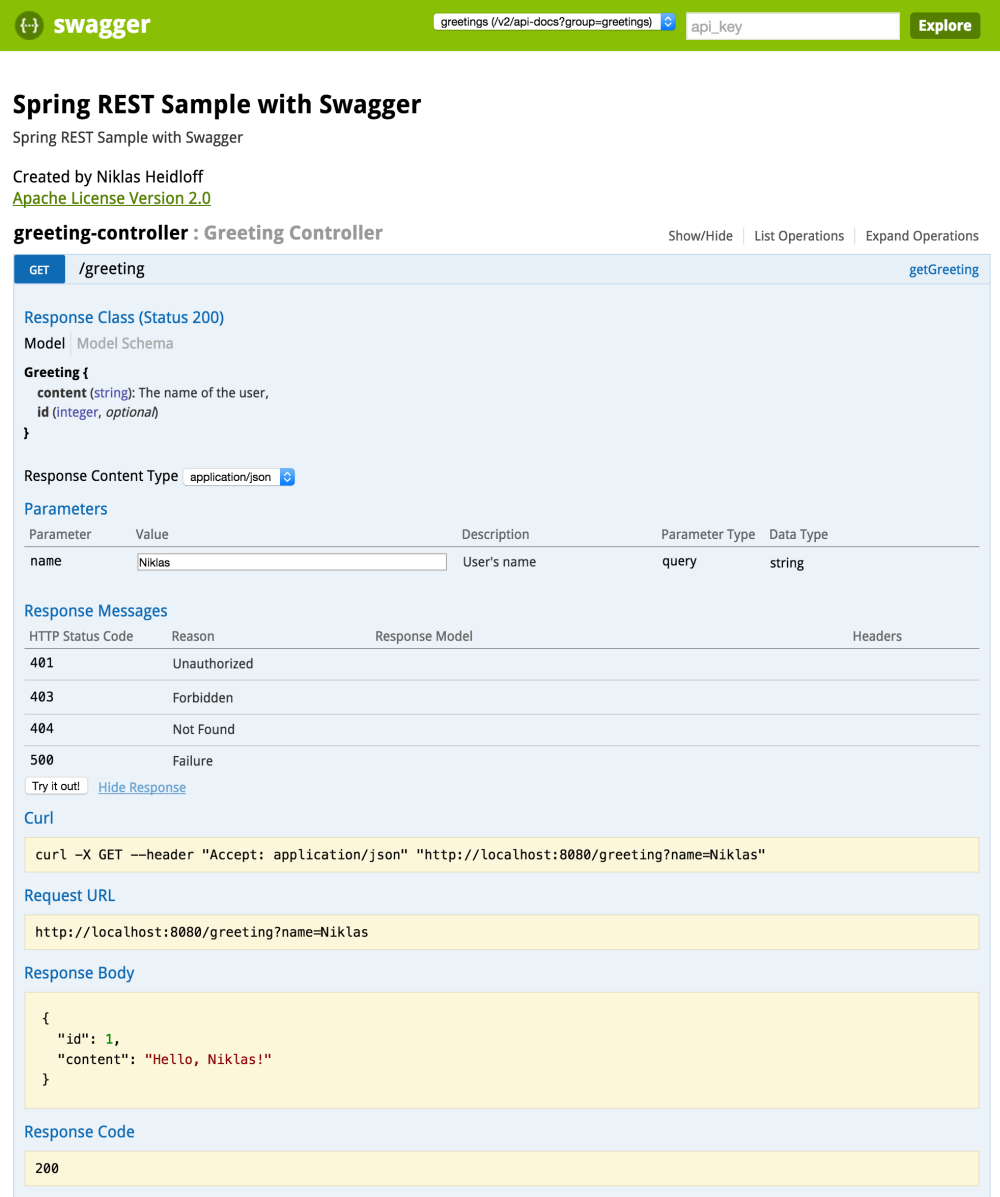 If you want to run Spring Boot applications in the cloud, check out the IBM Cloud.

Moved my Blog to WordPress