Serverless platforms like Apache OpenWhisk are gaining more and more traction. Rather than building only single functions, developers are starting to develop cloud-native applications with many serverless functions/microservices.

The challenge when building serverless cloud-native applications is how to orchestrate the different functions and how to manage the data flows between the functions. Especially if you want loosely-coupled functions without dependencies between each other, you need a good strategy how to handle the data flows.

IBM open sourced Composer which is an extension to Apache OpenWhisk. With Composer applications can be defined which contain multiple functions. While the functions are stateless, the applications manage the state between the different function invocations. Read my previous article for a short Composer introduction.

Before I explain the pattern, let me summarize my requirements:

For my simple sample application I use two simple functions. This is the first function ‘simple1.js‘:

This is the second function ‘simple2.js‘:

This is the sample application ‘in-app-conversions.js‘. The application has only two functions which are executed sequentially.

Before I explain the application, here is the output of the ‘fsh app invoke’ command:

Let me now describe how the application works:

This is the visualization of the sample application in the fsh shell: 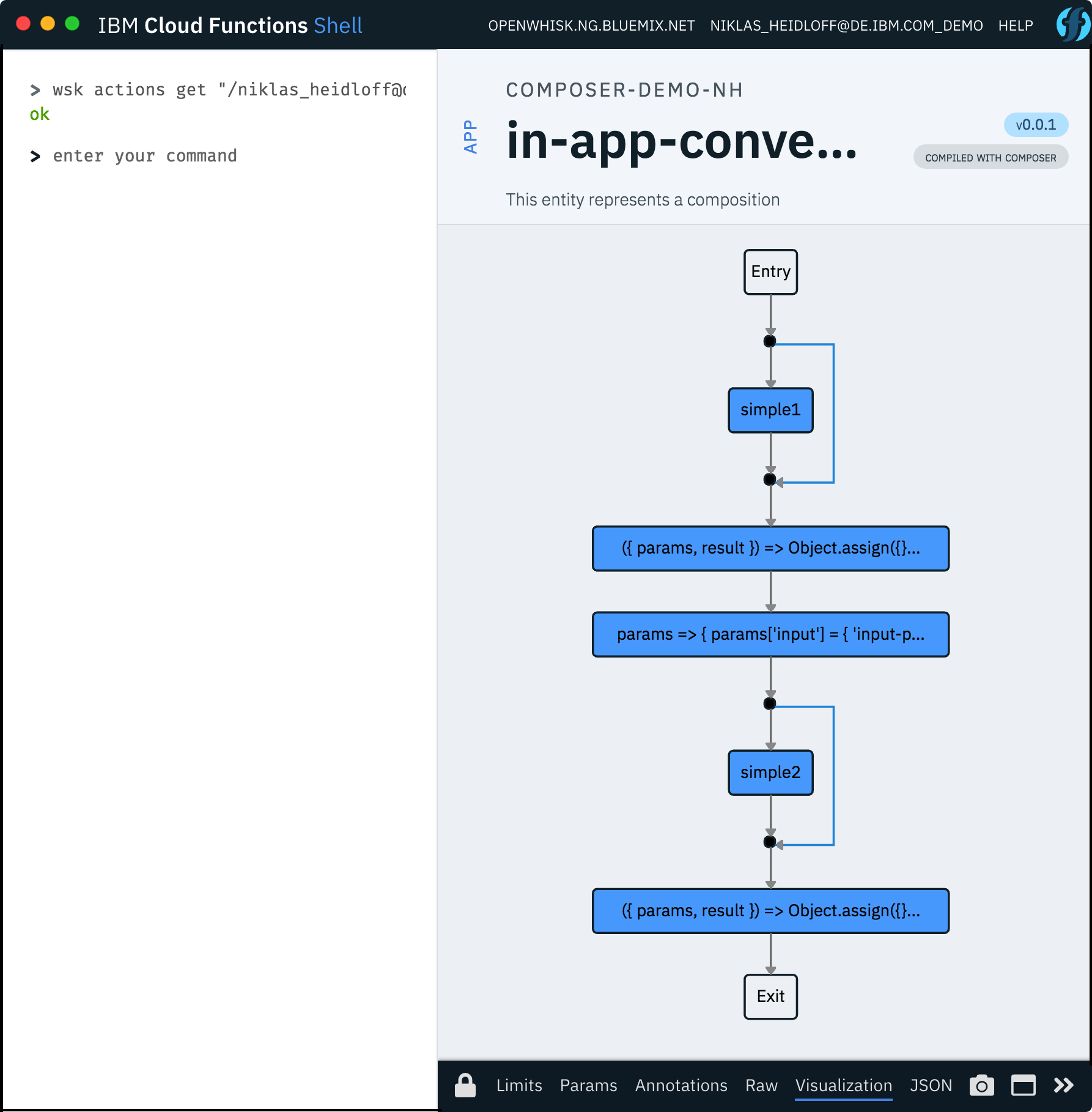 In a future article Transforming JSON Data in Serverless Applications I will extend this sample to demonstrate how to handle more complex scenarios and and how to do conversions between JSON via a nice open source project that supports ‘JSON schemas’.