As part of the IBM Bluemix Continues Delivery functionality toolchains allow the integration of third party and open source tools. One example is the usage of the automation server Jenkins to build and deploy applications rather than using the delivery pipelines provided by IBM.

In order to test this functionality I’ve run a Docker Jenkins container locally. Obviously you could also deploy Jenkins on Bluemix but I wanted to keep it as simple as possible.

In order to configure Jenkins, I suggest to follow the instructions from my colleague Eric Jodet in the Jenkins wiki since they are more up to date than the instructions in the Bluemix documentation currently. Also I struggled to get the Cloud Foundry deployment to work. I had to install the CF CLI manually on my container first.

Once everything is configured you can run Jenkins jobs. 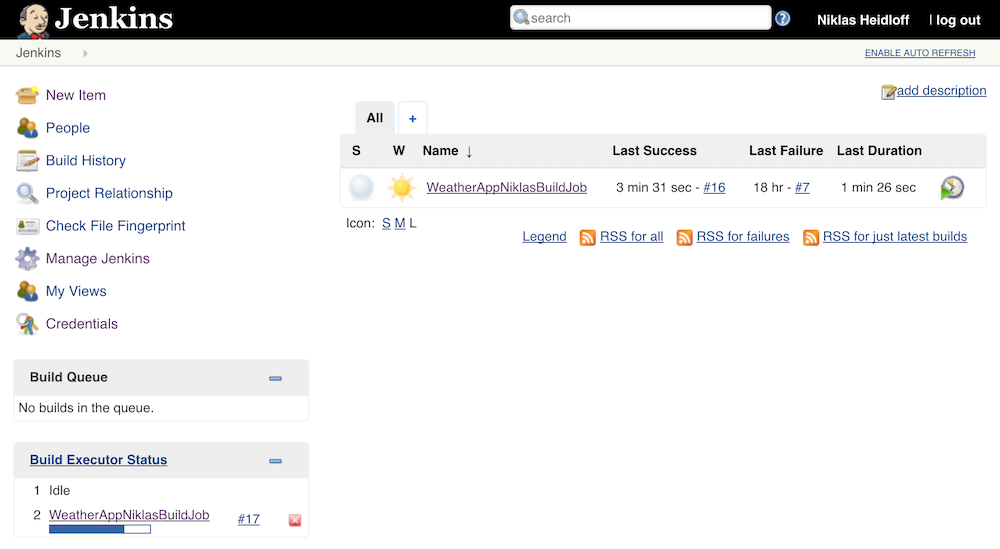 In order to send information to IBM Cloud DevOps different post build actions can be defined. 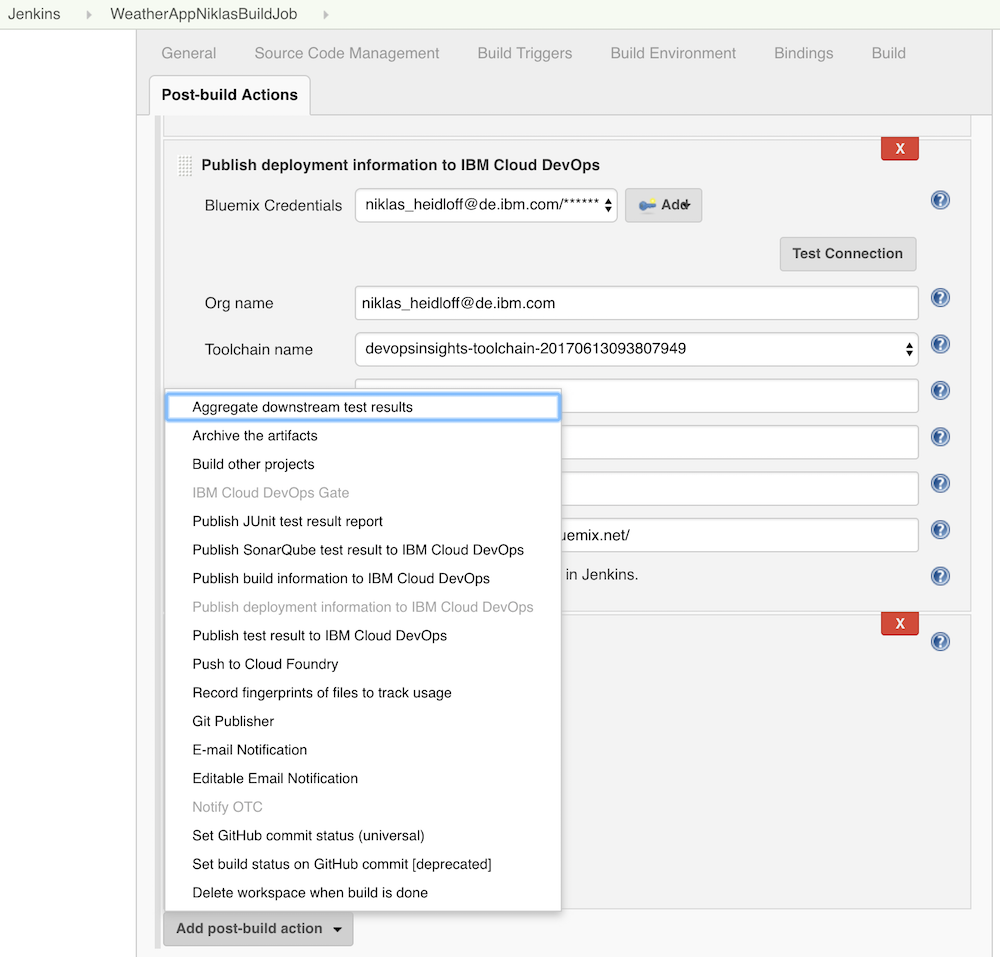 Toolchains receive this data from Jenkins and can forward it to other tools like Slack that are in the same toolchains.

I also like that deployment information is directly added to Git issues, for example links to toolchains and releases as well as labels to mark issues as deployed. 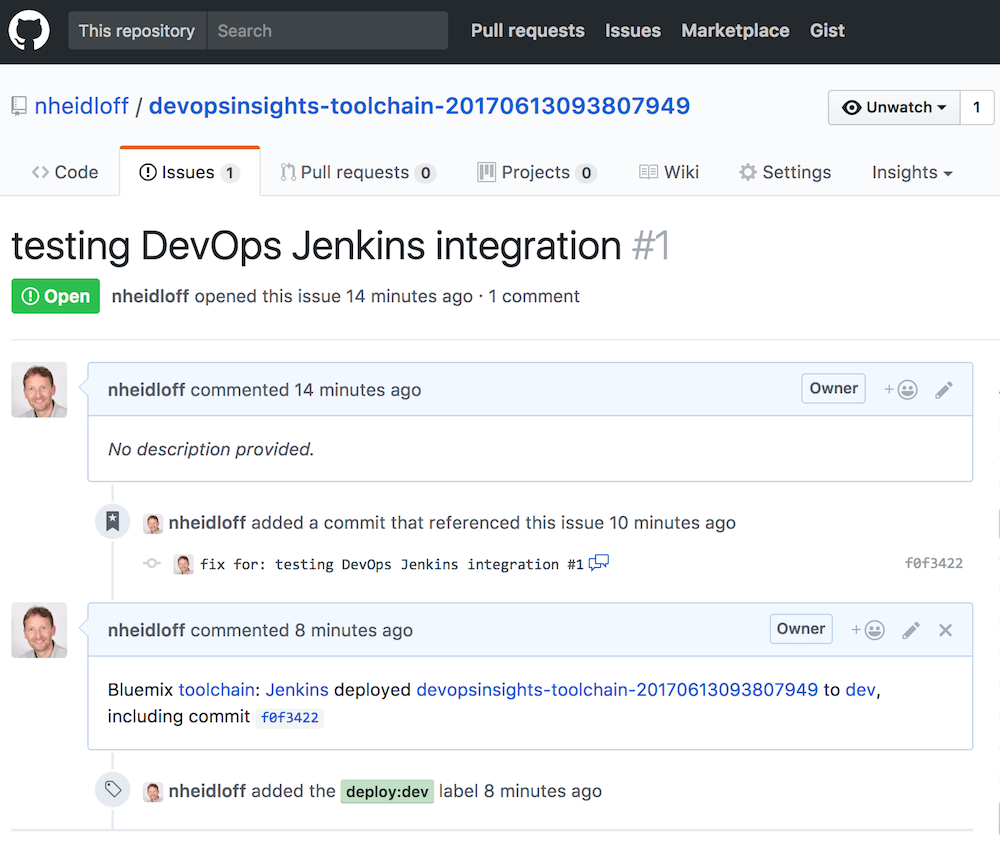 To find out more read the blog from Eric, read the documentation or try the sample toolchain “Deployment Risk Analytics with GitHub and Jenkins“.