How to build and run a Hello World Java Microservice

The repo cloud-native-starter contains an end-to-end sample application that demonstrates how to develop your first cloud-native applications. Two of the microservices have been developed with Java EE and MicroProfile. To simplify the creation of new Java EE microservices, I’ve added another very simple service that can be used as template for new services.

The template contains the following functionality:

The microservice can be run in different environments:

In all cases get the code first:

The microservice can be run in Docker Desktop.

These are the instructions to run the microservice in Minikube.

IBM provides the managed IBM Cloud Kubernetes Service. You can get a free IBM Cloud account. Check out the instructions for how to create a Kubernetes cluster.

Set your namespace and cluster name, for example:

Once deployed the Swagger UI can be opened which shows the APIs of the authors service: 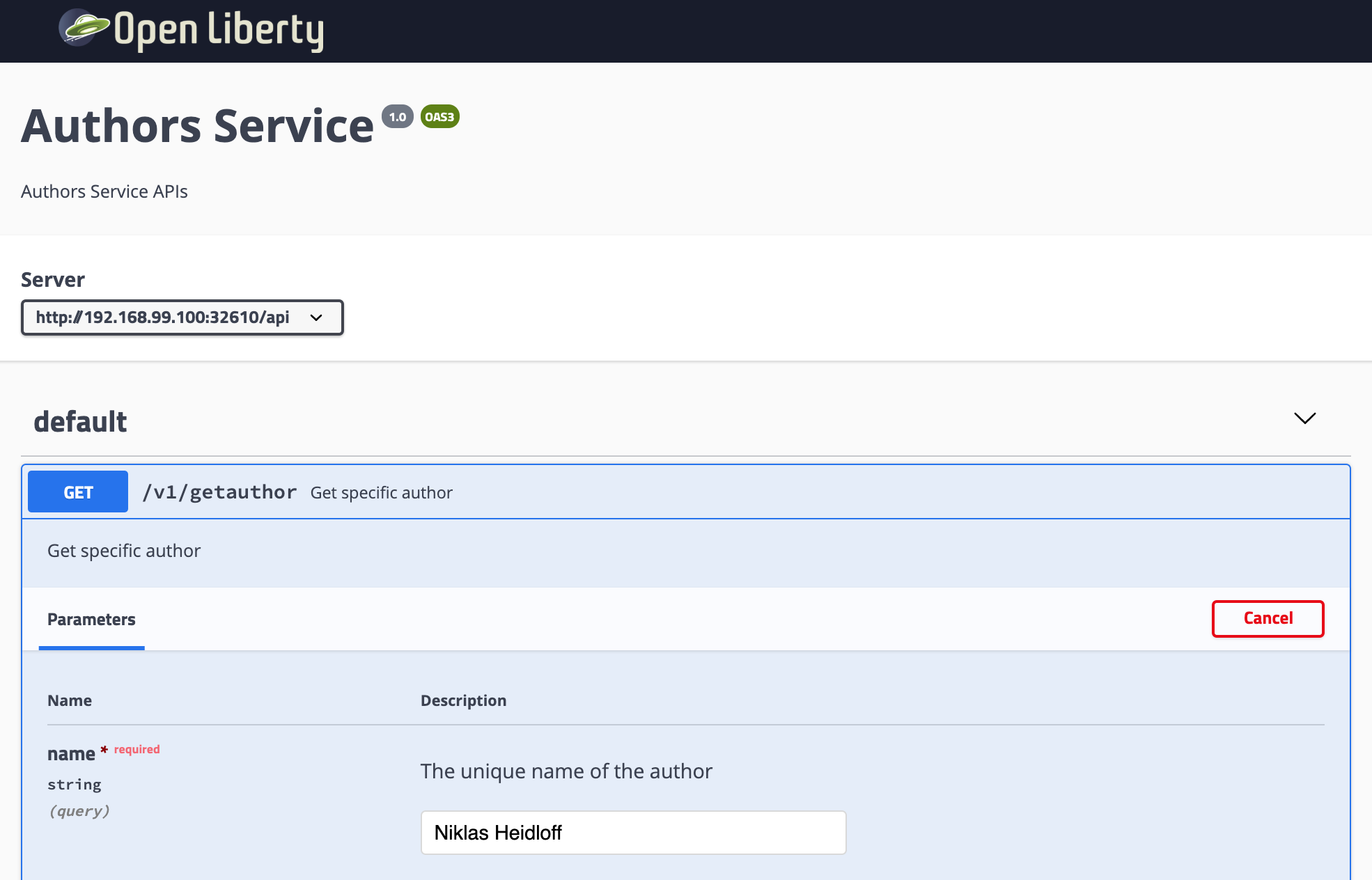