Kubernetes operators are incredibly powerful to deploy applications and automate day 2 operations. While most operators are implemented in Go, there is also a Quarkus extension for Java developers. The article describes to create your first simple operator.

There is a Java SDK to build operators easily with Quarkus.

Whether you want to build applications that operate themselves or provision infrastructure from Java code, Kubernetes Operators are the way to go. JAVA-OPERATOR-SDK is based on the fabric8 Kubernetes client and will make it easy for Java developers to embrace this new way of automation.

The following steps describe how to set up, develop and run your first operator in a few minutes.

After you have installed the Operator SDK, you can invoke these two commands to set up the base project.

The goal is to have a custom resource in this format:

In ECommerceSampleSpec.java the one variable in the spec section is defined.

In the resource controller ECommerceSampleController.java events can be received when custom resources change.

In order to run the operator locally, invoke this command:

To create the custom resource from above, invoke this command:

After this you will see the output in the terminal.

In order to debug the operator locally, invoke the following command. After this attach the debugger.

When you change a custom resource again, the debugger will come up. 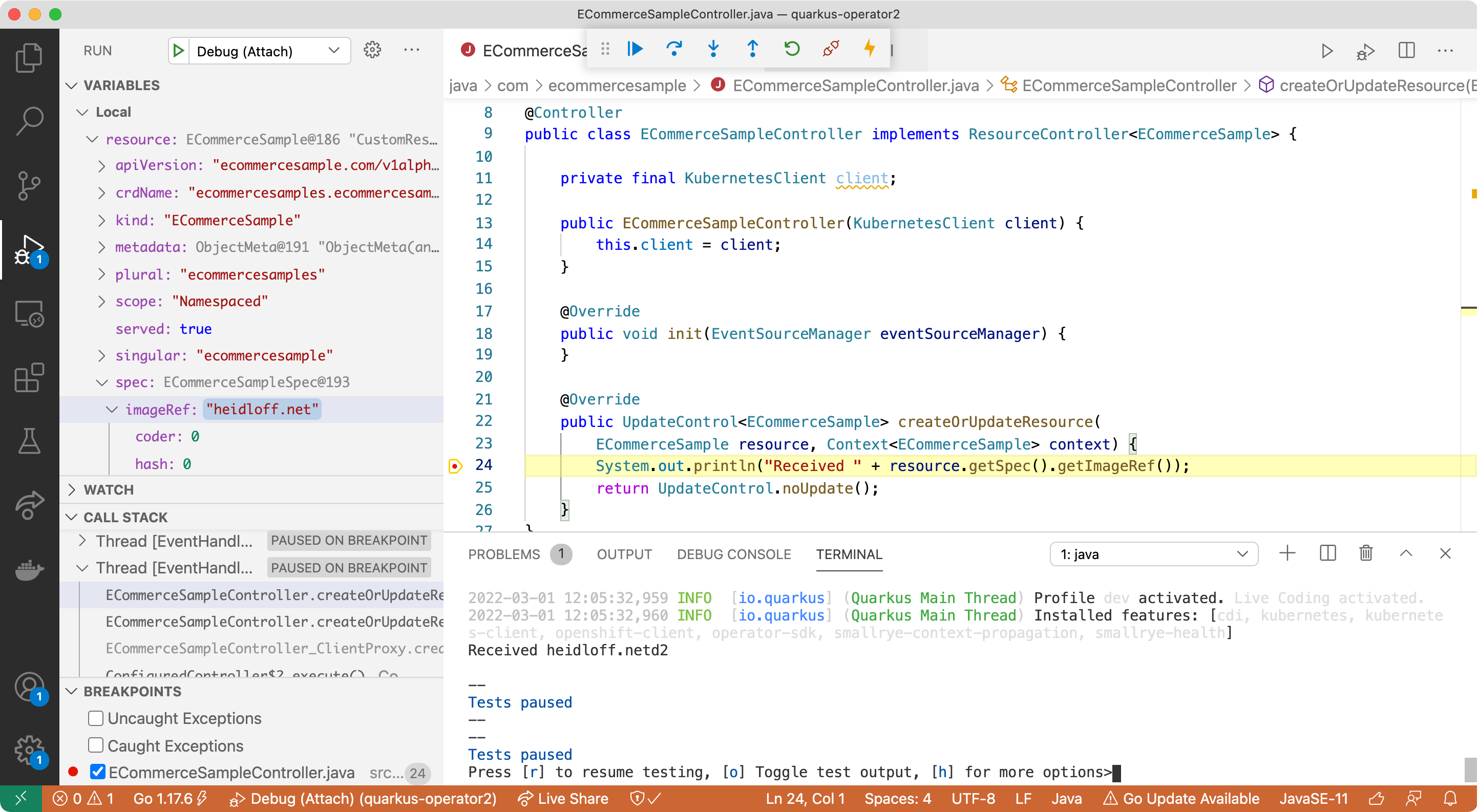 Check out the following resources.