Usage of Cloudant in LoopBack Applications

The Node.js framework LoopBack supports multiple connectors for various data sources. Below is a sample how to use the Cloudant NoSQL database in Bluemix.

Check out the sample code on GitHub. It shouldn’t take longer than 15 minutes to set up the sample application. The sample uses basically a CLEAN stack with Cloudant, LoopBack, Express, Angular and Node.

In order to make the setup of the sample application as easy as possible, a database is created automatically if it doesn’t exist and test data is stored in it for demonstration purposes.

In model-config.json you can refer to the Cloudant database in the same way as to other LoopBack data sources.

In the Cloudant dashboard you can invoke queries, for example to change test data directly in the database. 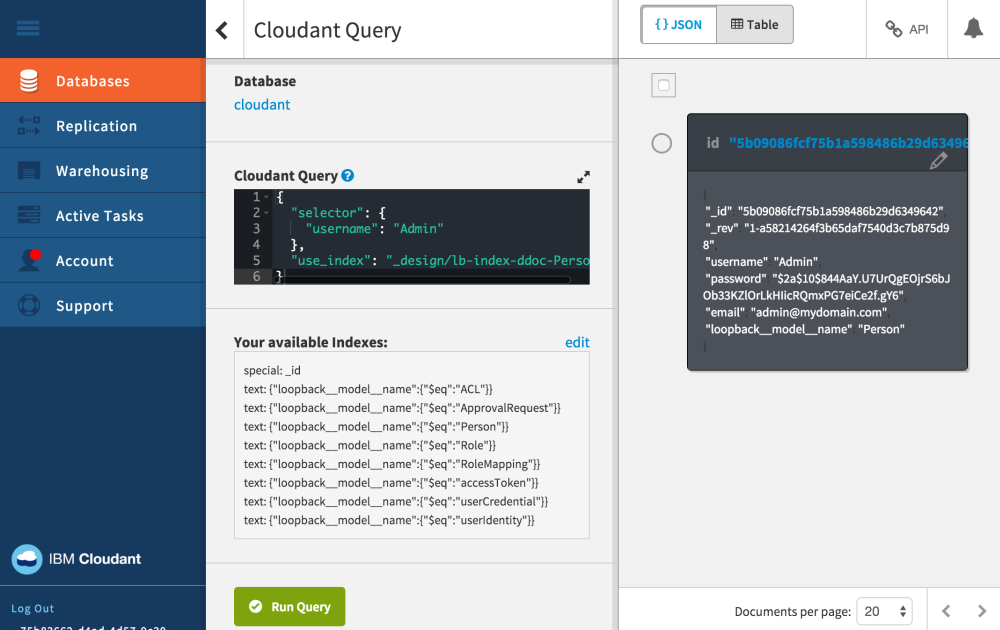 Samples to get started with Cognitive Watson Services