Kinetise provides a web based user interface to build mobile apps without much, if any, programming. The tool provides typical UI controls to create different screens and flows between them. Check out the first 14 short videos to learn how to assemble these apps.

In order to access data from servers developers can link to feeds and invoke REST APIs which return JSON and XML and bind the data to the UI controls. The videos 15 – 18 describe this capability. I tested this for Bluemix.info: 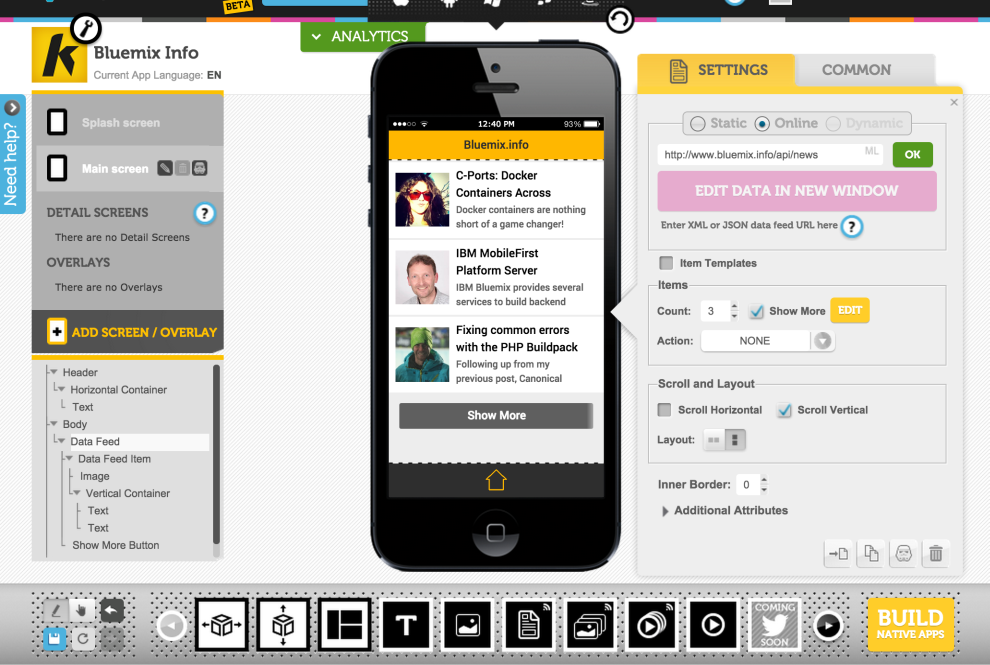 Additionally developers can build their own individual backend services as described in the last video. These services need to follow certain conventions and can then also accept data sent from the mobile devices. There is a tutorial explaining how to write such a service via Node.js on Bluemix which reads and writes from and to an SQL database. 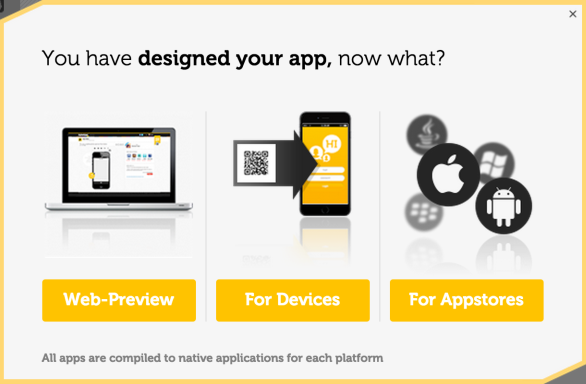 The built apps can be opened on devices via QR code. 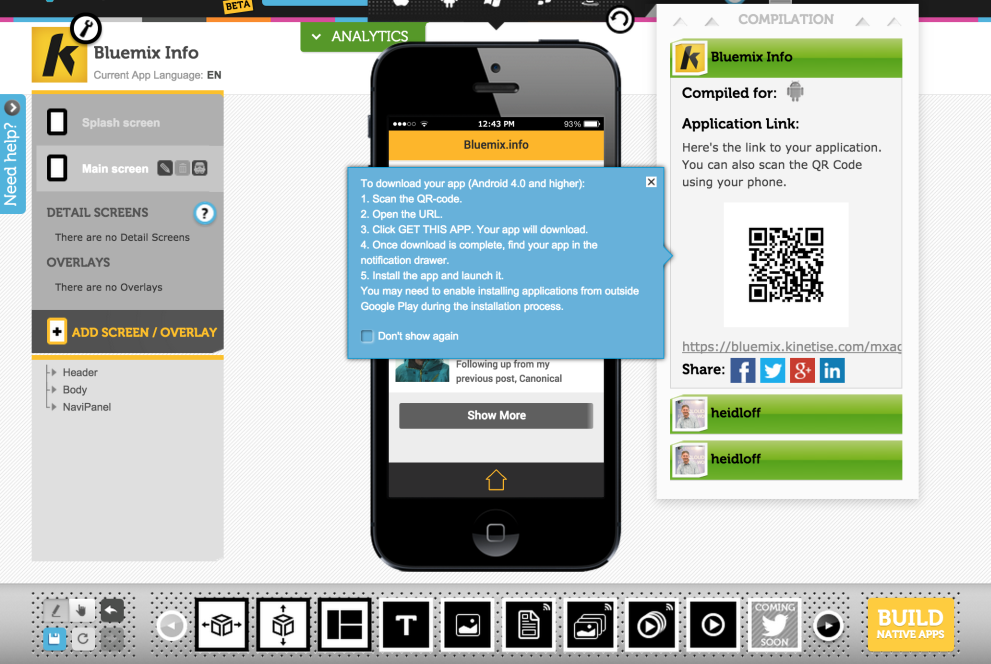 Attend code.talks in Hamburg next Month