Pictures from IBM Bluemix at JAX in Germany

This week the JAX conference took place in Mainz, Germany. JAX describes itself as “the leading conference for enterprise technology, software architecture, agility and Java in Europe”. The conference covers the topics Java, Enterprise, Web, Mobile, Internet of Things and Big Data. To me it felt like this year half of the sessions were related to Docker and/or microservices.

IBM had a booth, we did two lotteries and we gave a keynote and two sessions. I really liked the event. We had a lot of traffic at our booth and really good discussions, the attendees were the people we are targeting – developers – and the organization including location, receptions, etc. was very good too. Below are some pictures from the event.

Our team: Rene Meyer, Thomas Bueck, Anna Bekkerman, Ryan Baxter and myself. Missing on this picture are David Barnes and Karim Abousedera. 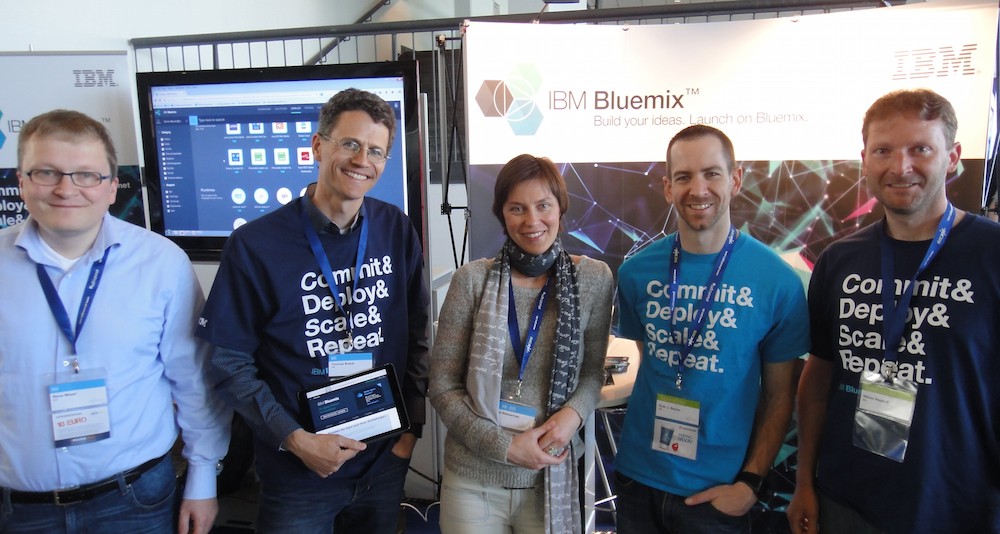 David Barnes presenting the keynote in front of 2000 people.

David before the keynote with the Sphero ball that the audience got to dance via a chat application he set up during the session. 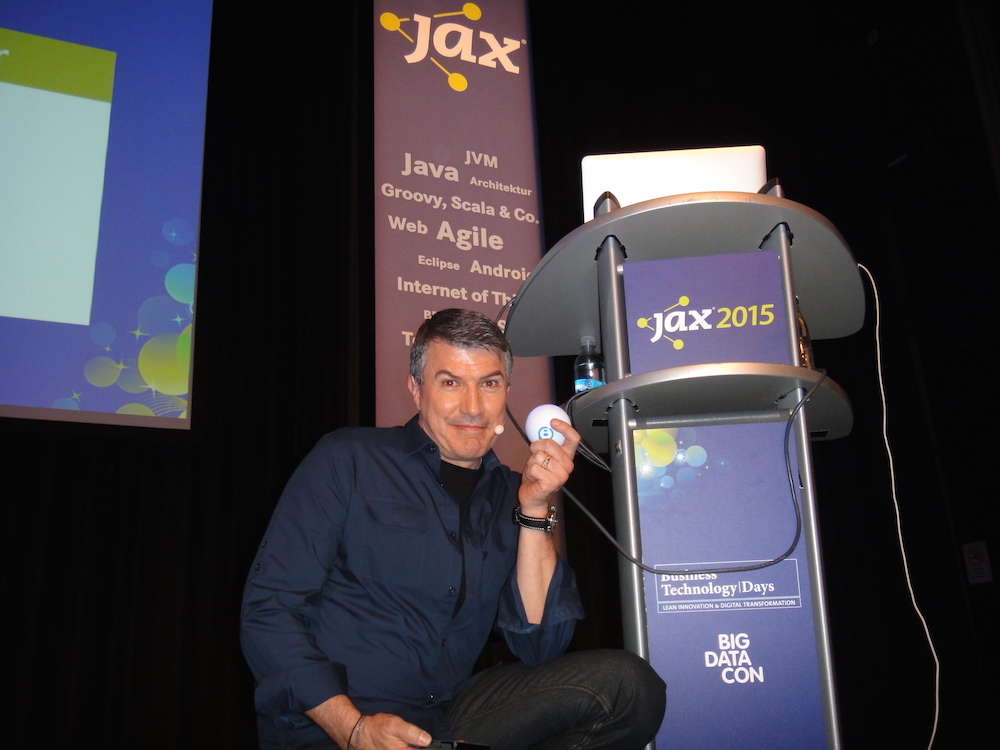 Our two lotteries where we gave out GoPro Hero 4 cameras.

David in his big data session.

David is being interviewed. I’ll post the interview separately once published. 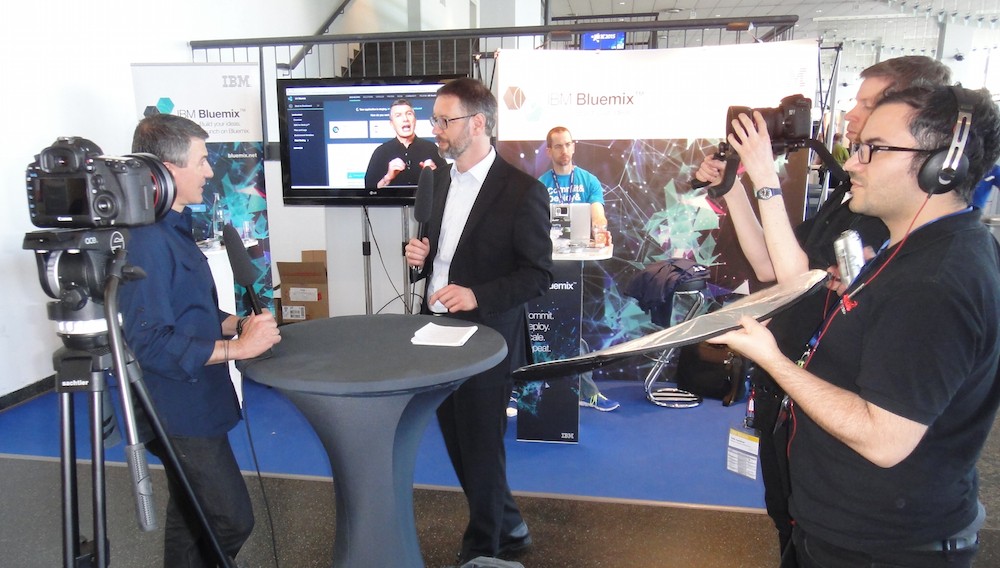 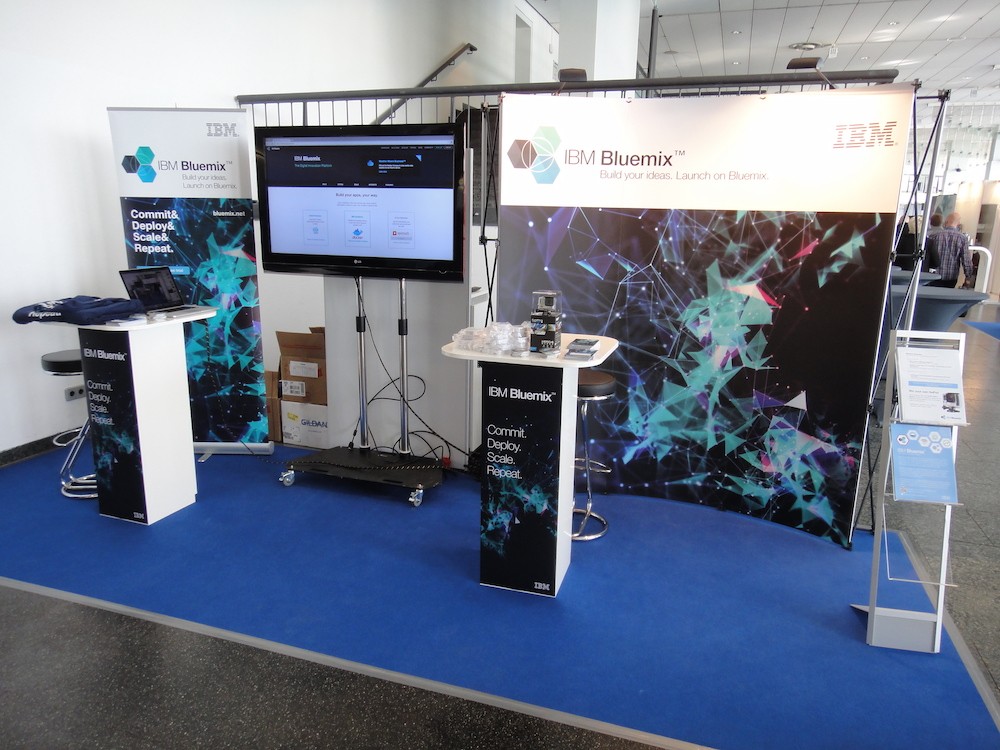 In addition to t-shirts we also had earbuds as give aways which were popular. 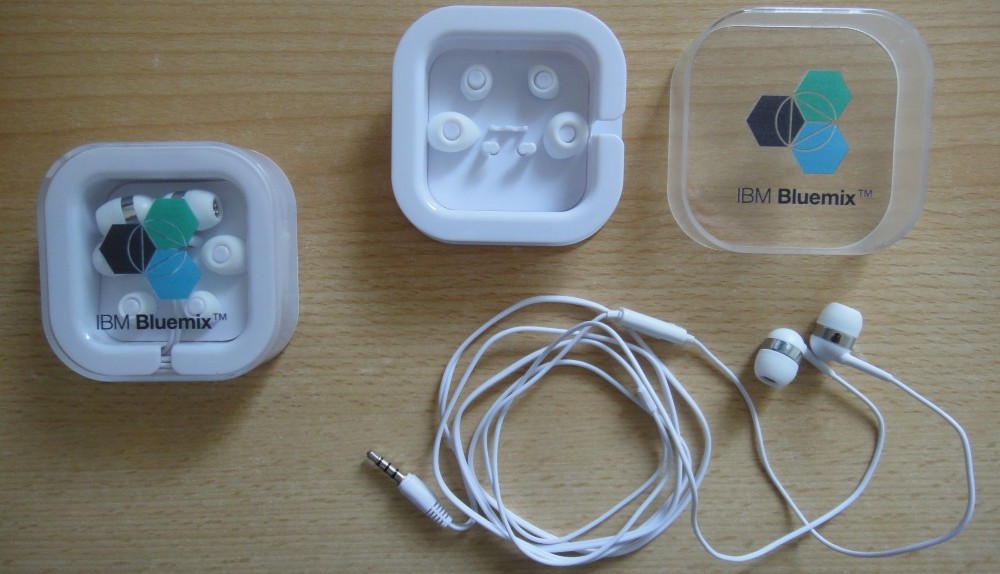 Don't reinvent the Wheel: Use Bluemix Samples as Starting Points for your Apps

Host Docker Containers in the Cloud via IBM Bluemix