In this blog entry I focus on how to deploy hybrid applications as Docker containers to Bluemix and an on-premises. My colleagues Sanjay Nayak, Noel Richard Nihill and Mike S. Samano have written an excellent article “Deploy Docker containers in hybrid clouds that use IBM UrbanCode” (part 1, part 2) where they explain how to deploy a sample store application. The store application uses one container on Bluemix which connects via the Secure Gateway to three containers running in a Docker Swarm cluster on premises. Rather than repeating the article here, I focus below on, as I think, the most interesting part which is how to link between the different containers and services. 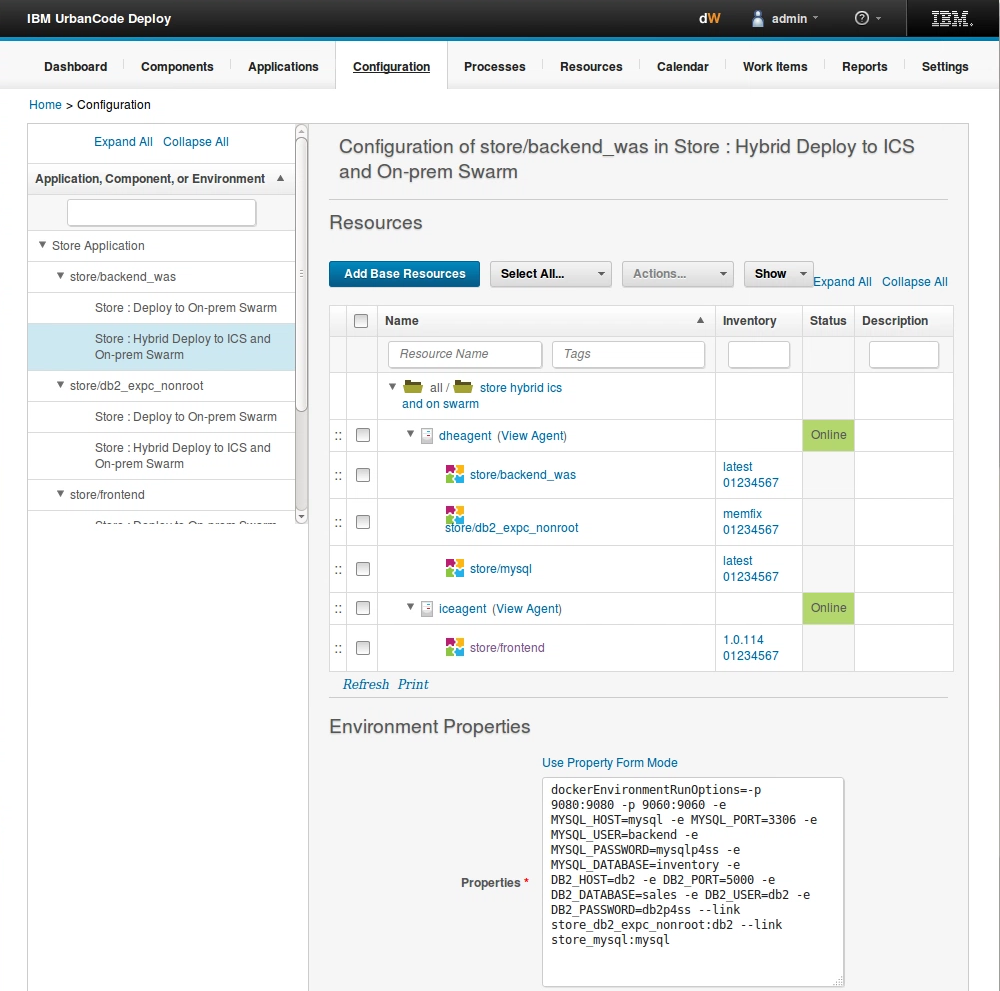 In order to deploy containers to Bluemix you need to define configuration data like the Bluemix user name, organization, password, etc. 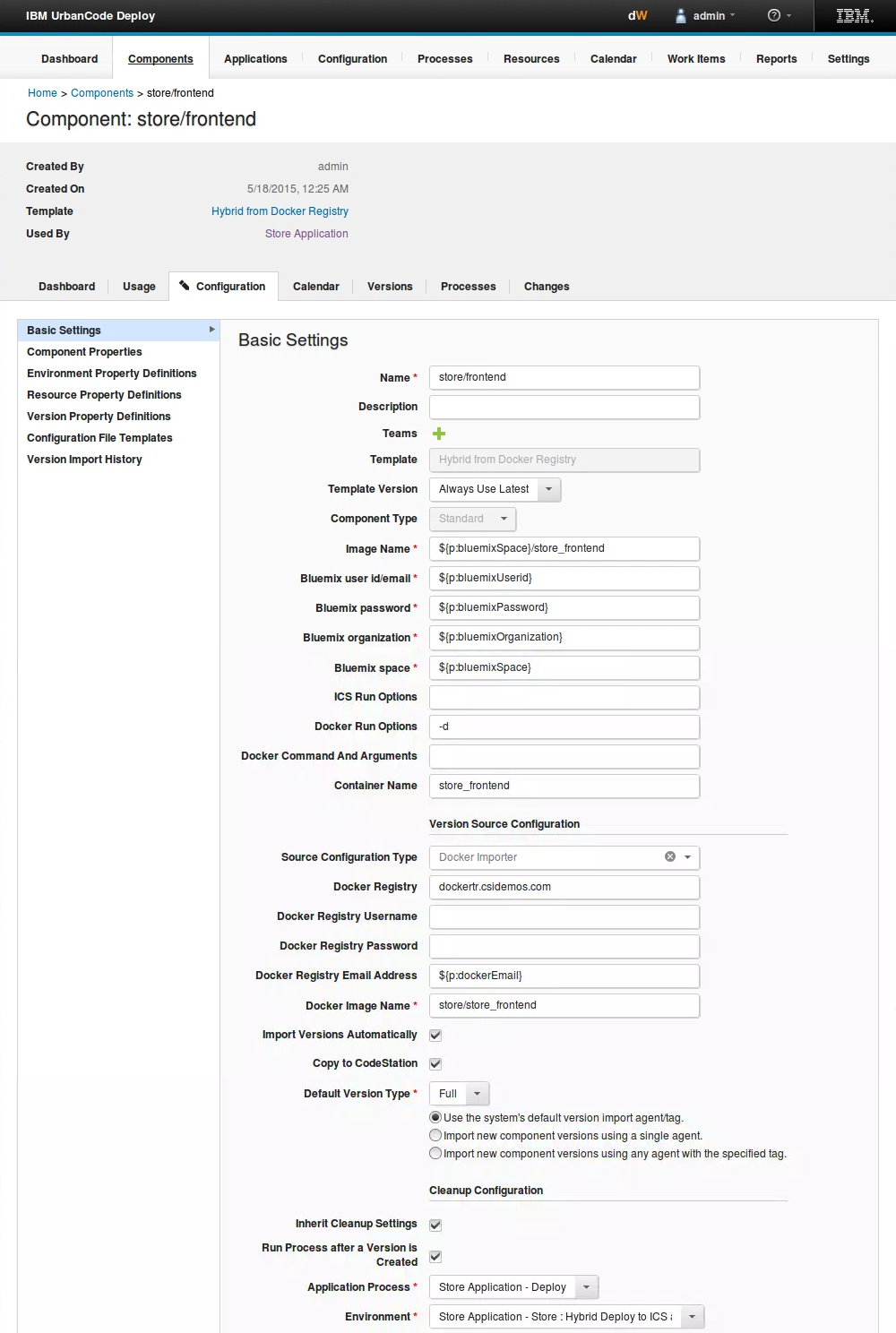 Rather than defining this data in multiple component definitions, they are defined once globally. 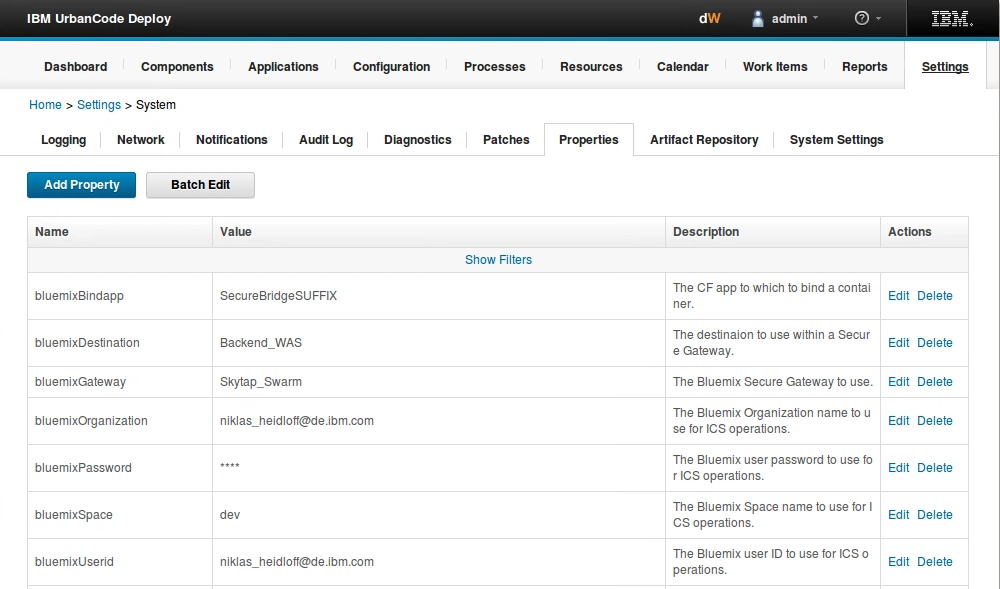 In the configuration of the container which is deployed to Bluemix the name of the Cloud Foundry bridge application is defined so that the container can access the credentials of the secure gateway service via the environment variable VCAP_SERVICES. 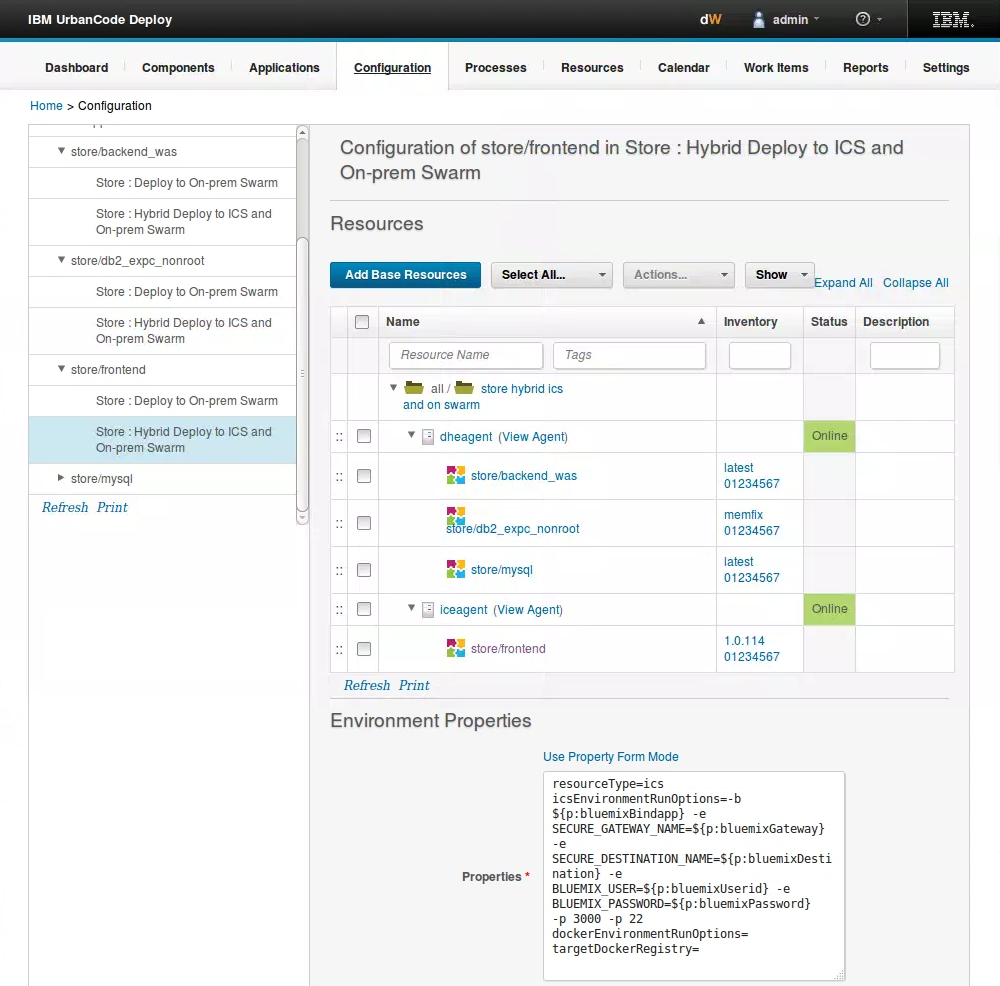 Configuration of the ibmliberty Image on Bluemix to display Logs