I’ve continued to play with Unity and the IBM Watson SDK, which allows using cognitive services like speech recognition in Unity projects. With this technology you can not only build games, but also other exciting scenarios. I’ve changed my Augmented Reality sample slightly to run it as a Virtual Reality app that can be experienced via Google Cardboard and an iPhone.

The picture shows the two screens showing the 3D character. Users can move the player (themselves) via voice commands and can have conversations with the character, for example: 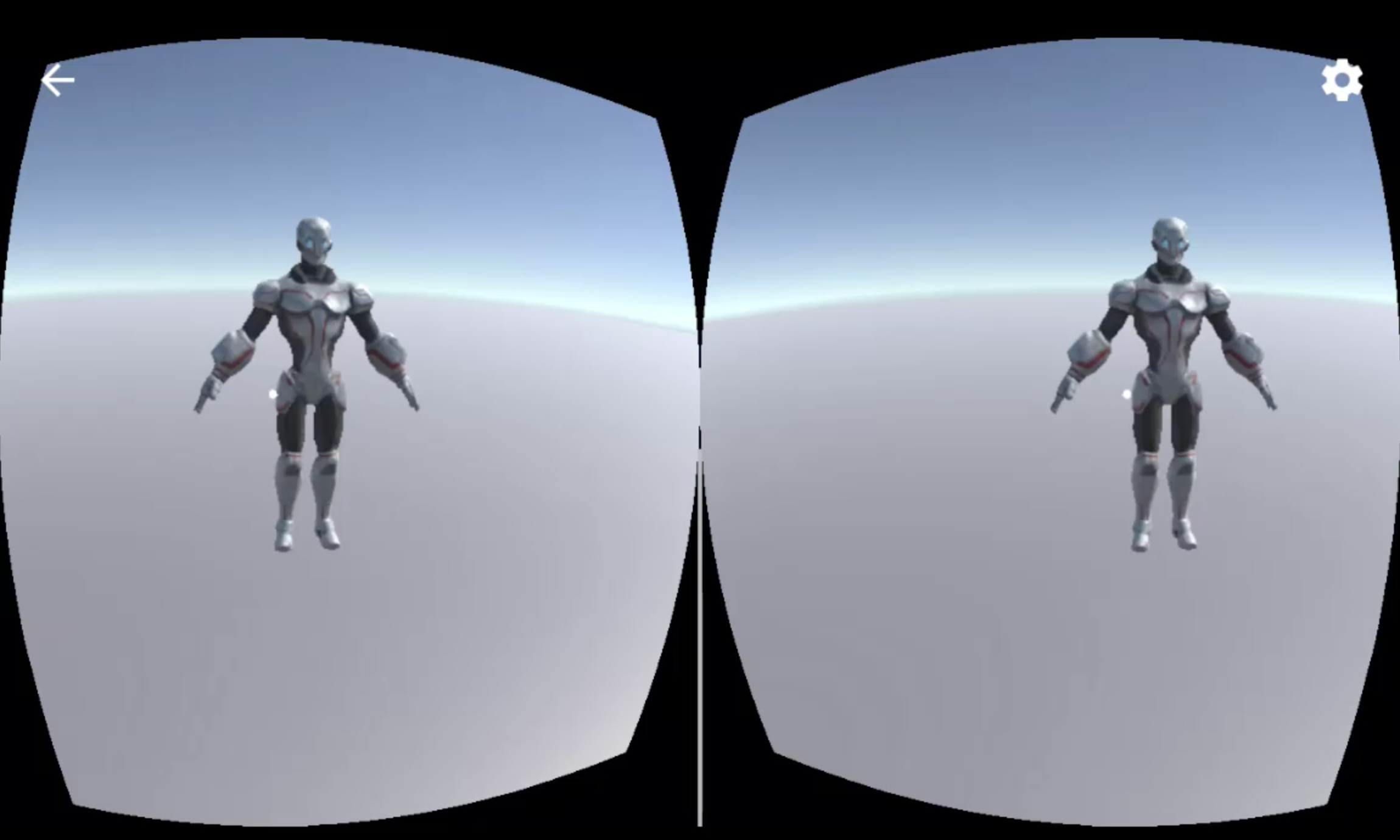 Check out the video for a short demo. In order to see both screens, open the link on a smartphone and choose ‘3D’ as viewing option. To experience the video in 3D, you need a VR device like the Google Cardboard.

Get the code from GitHub. The setup should be pretty straight forward. All you need to do, is to open the project in Unity (it comes with the Watson SDK and Cardboard SDK) and enter your Watson credentials. To run it on an iPhone, check out the README.

Technically the following services and tools are used:

Most of the functionality is identical to my previous Augmented Reality sample. For example here are some snippets how to use Watson Speech To Text. First you need to initialize the service with credentials you can get from the IBM Cloud. The lite account offers access to the Watson services, doesn’t cost anything and you don’t even have to provide a credit card.

Next you start listening by invoking StartListening and defining some options:

The callback OnSpeechToTextResultReceived gets the spoken text as input:

The biggest change from my previous AR sample is the ability to move the player/user with voice commands. In order to do this, I could have added intents like ‘walk’ and ‘stop’ to Watson Assistant. To save the additional roundtrip to Watson Assistant however, I simply check for a hardcoded list of words. For example if the user input contains the word ‘walk’, the player/user starts to walk until the user says ‘stop’. While walking, the direction can simply be changed by looking in another direction.

Want to run this sample yourself? Try it out on the IBM Cloud.