Source to Image Builder for Open Liberty Apps on OpenShift

OKD provides several builder images out of the box. In order to support other runtimes, for example Open Liberty, custom builder images can be built and deployed.

The repo contains a S2I builder image which creates an image running Java web applications on Open Liberty. Additionally the repo comes with a simple sample application which has been implemented with Java/Jakarta EE and Eclipse MicroProfile.

The Open Liberty builder image can be used in two different environments:

This is how to run the sample application locally with Docker and S2I:

To use “s2i” or “oc new-app/oc start-build” you need to build the application with Maven. The server configuration file and the war file need to be in these directories:

First the builder image needs to be built and deployed:

After the builder image has been deployed, Open Liberty applications can be deployed:

After the sample application has been deployed, it shows up in the console. 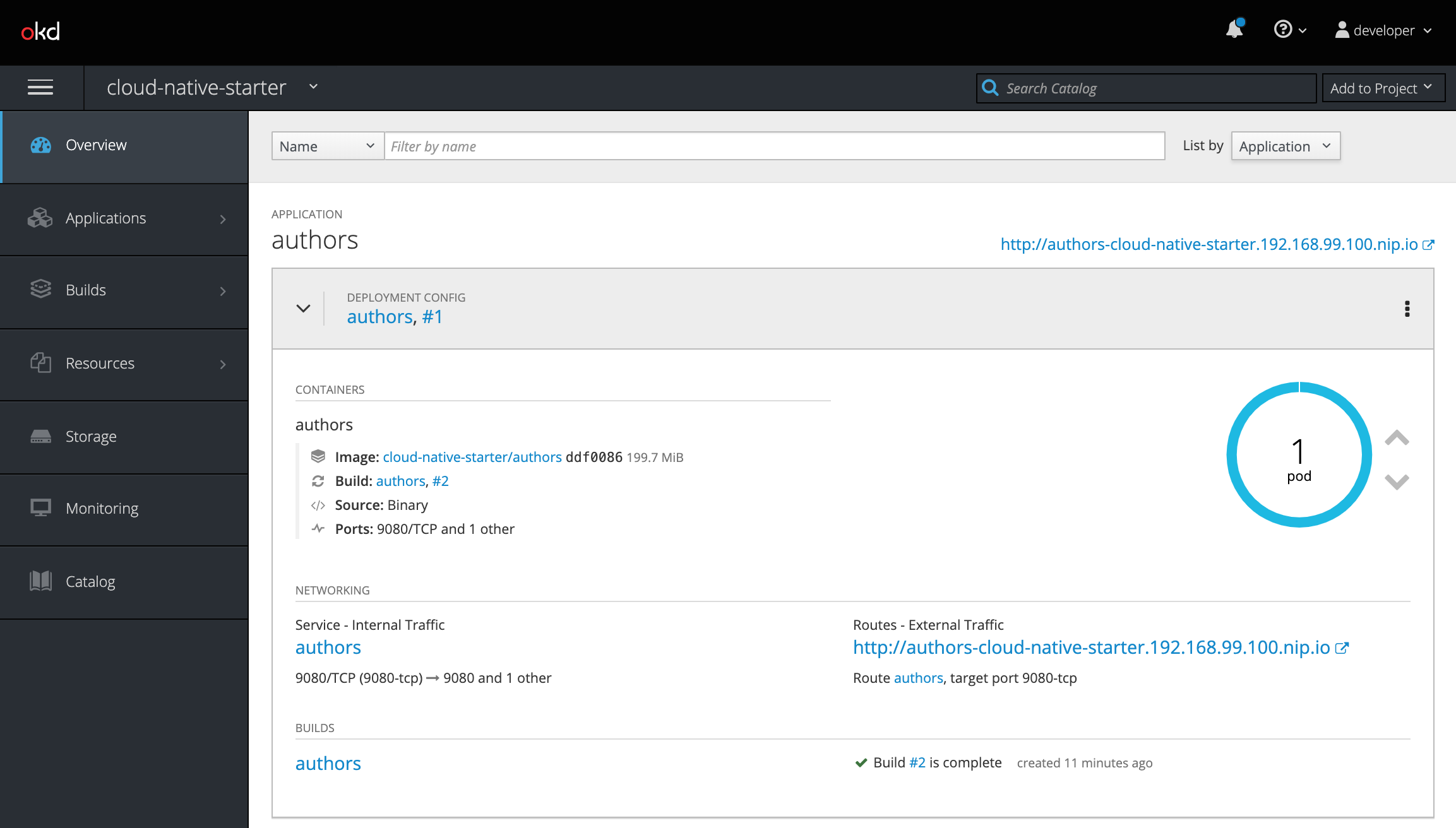 Free and self paced workshop: How to develop microservices with Java