I’ve open sourced a sample that shows how to develop and debug functions with TypeScript. I’m a big fan of TypeScript since it adds a type system to JavaScript which makes me more productive.

Here is a very simple TypeScript function. The /run endpoint is where the actual implementation of the function goes.

Based on this recipe I’ve also documented how you can debug TypeScript code running in a Docker container from Visual Studio Code. In order to debug TypeScript code, the same mechanism is used which I explain in this video. A volume is used to share the files between the IDE and the container and VS Code attaches a remote debugger to the Docker container. The functions can be changed in the IDE without having to restart the container. nodemon restarts the Node application in the container automatically when files change.

This is a screenshot of the debugger in VS Code. 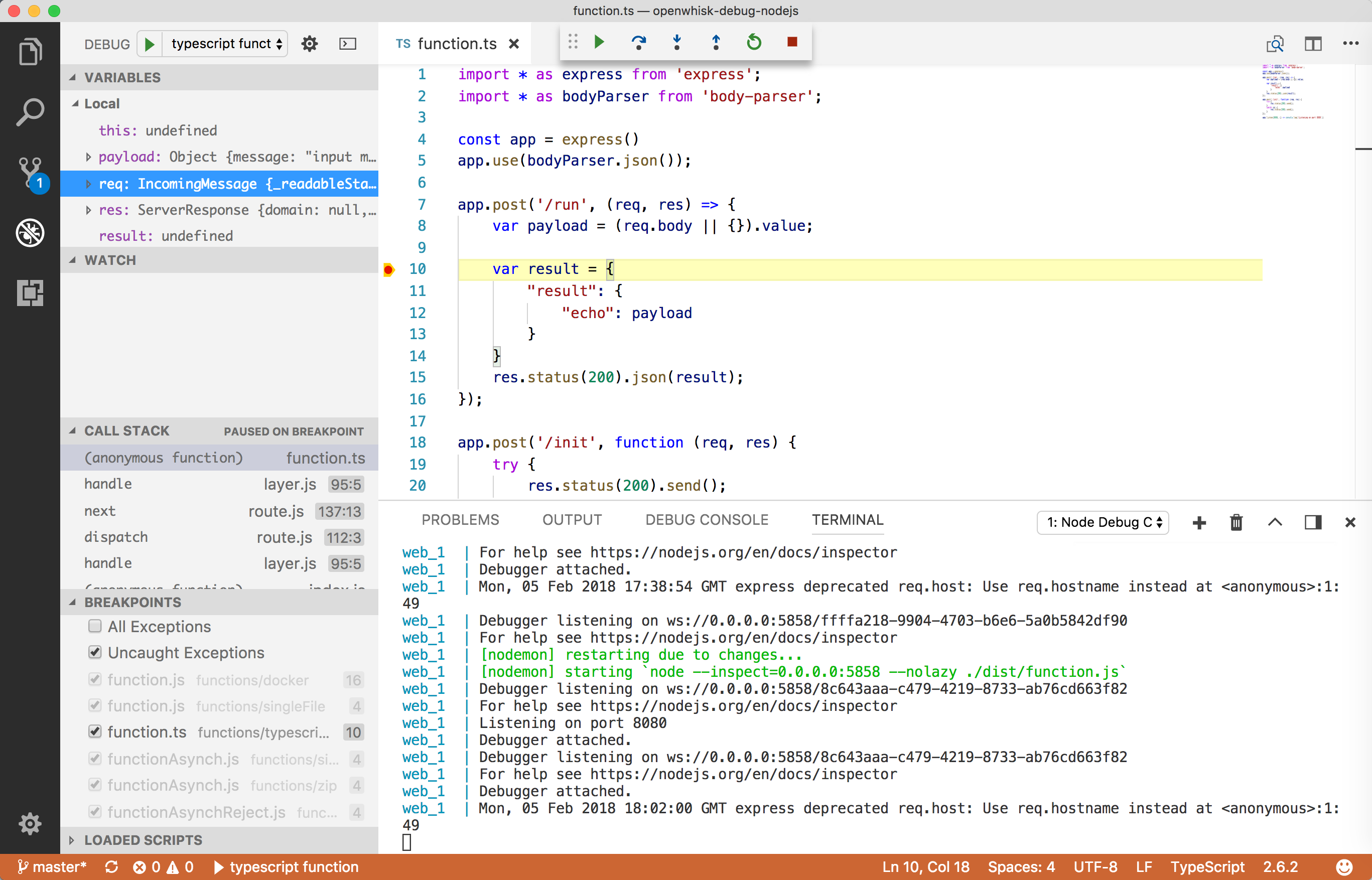 Pictures from OOP in Munich

A/B Testing with Kubernetes and Istio