This article describes how microservices can be deployed via Tekton on OpenShift. A sample application is used which you can try yourself. 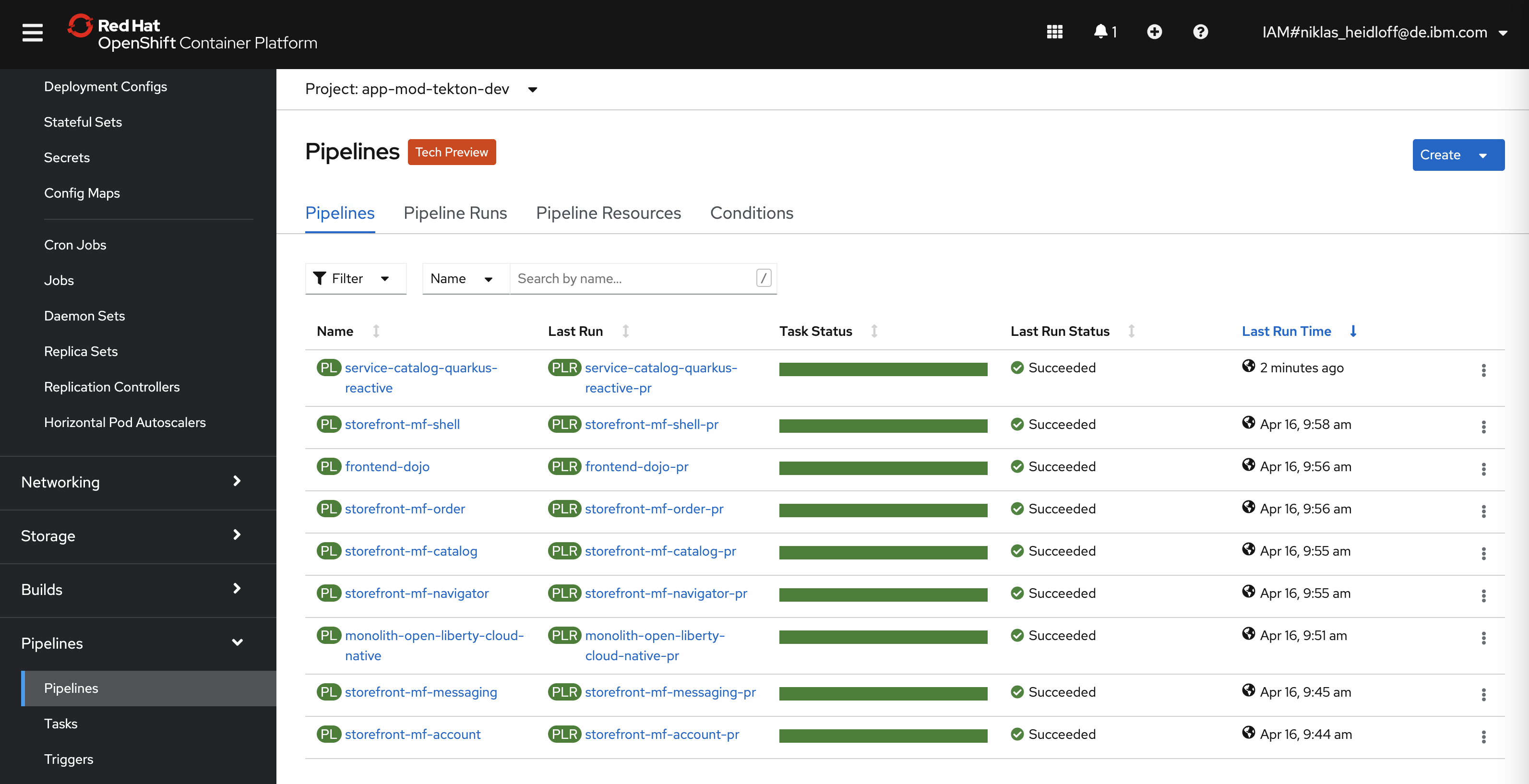 This ensures that parts can be updated, fixed or rolled back indecently from the rest of the application which is one of the reasons modern cloud-native applications allow for more agility compared to classic architectures.

There is a lot of literature about how to use continues integration, continues deliveries, pipelines, different environments, integrated security, etc. Let’s take a look at a simple sample pipeline to deploy one microservice. 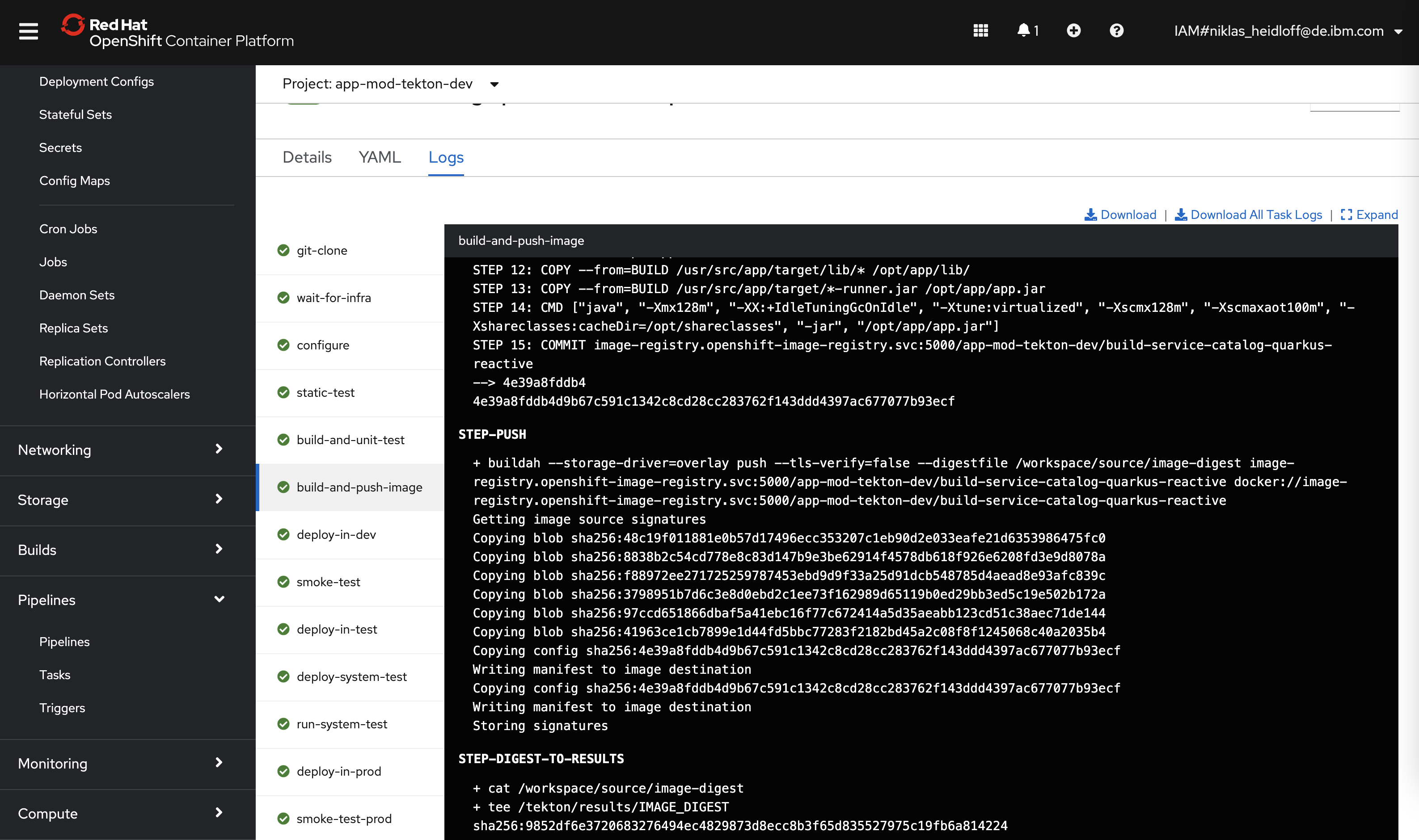 Pipelines usually start by pulling code from source repositories. After this I’ve added a check whether the three infrastructure components are running.

Next some of the configuration is overwritten which is specific to the OpenShift environment, for example the image will be used from the OpenShift internal registry. Read my article Exernalizing Configurations for OpenShift Deployments for more details.

In the next step usually static code analysis is run followed by Java builds and unit tests. In order to build the image, buildah is used.

After this the Kubernetes and OpenShift resources are applied.

In order to run this functionality yourself, check out the application modernization example. There is a section in the documentation that describes how to run the pipelines. All you need locally is git and the oc CLI.

Also check out the complete pipeline of the sample above and the tasks.