Some people have asked why I haven’t blogged since June. Here is why …

Almost two years ago I started to work for IBM Emerging Technologies. I wanted to work in this group for multiple reasons. One reason was because some of the people in that group worked as developer evangelists for Bluemix which is what I wanted to do as well. I really enjoyed this role since I could learn a lot, since I could blog and open source samples, since I could attend developer conferences and more. As you might imagine by now we don’t do outreach for Bluemix anymore in the Emerging Technologies group. Read the blog from David and Spence for more details. 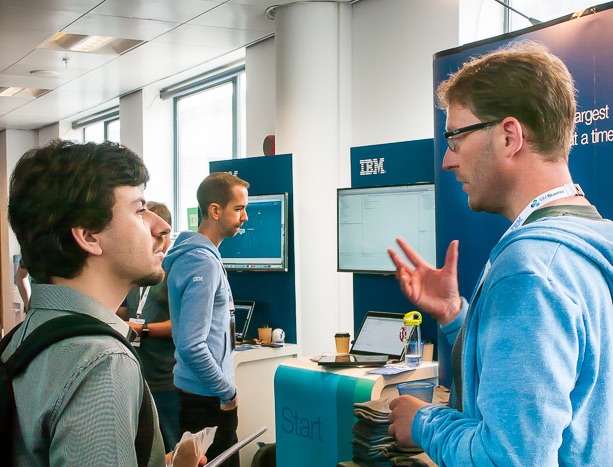 Being able to work as Bluemix evangelist however wasn’t the only reason I wanted to work in Emerging Technologies. Another reason was that I had already known my new manager and some colleagues who I like a lot. Over the last two years I got to know many more smart and nice people in this group. The people and the work culture in Emerging Technologies is just awesome !

Additionally I knew that Emerging Technologies has an incredible history in kicking off and evangelising both internally and externally new technologies. One of the projects Emerging Technologies is now working on is conversational computing. I see conversational computing as the next generation how to build apps. A couple of years ago we saw the shift from desktop applications to mobile apps. Recent statistics show that less and less people download apps, more and more people search from mobile phones via voice and the most successful apps are messaging apps where people often interact with intelligent bots. To me it seems obvious that the natural interfaces via voice or textural communication will lead to new ways we interact with systems and to new ways for developers how to build apps. Read the blog from my colleague Bryce or watch the video from my colleague Stew for more details.

Right now I’m busy with my cool new project but I hope that I can blog some more again soon, not as much as previously but hopefully more than in the last weeks.

Getting started with Tensorflow on IBM Bluemix