This week I attended W-JAX in Munich, Germany, which is a developer conference with 1400 attendees with a focus on Java and enterprise technologies. My colleagues and I presented and demonstrated the IBM Cloud and the IBM Code developer site. Below are some pictures. 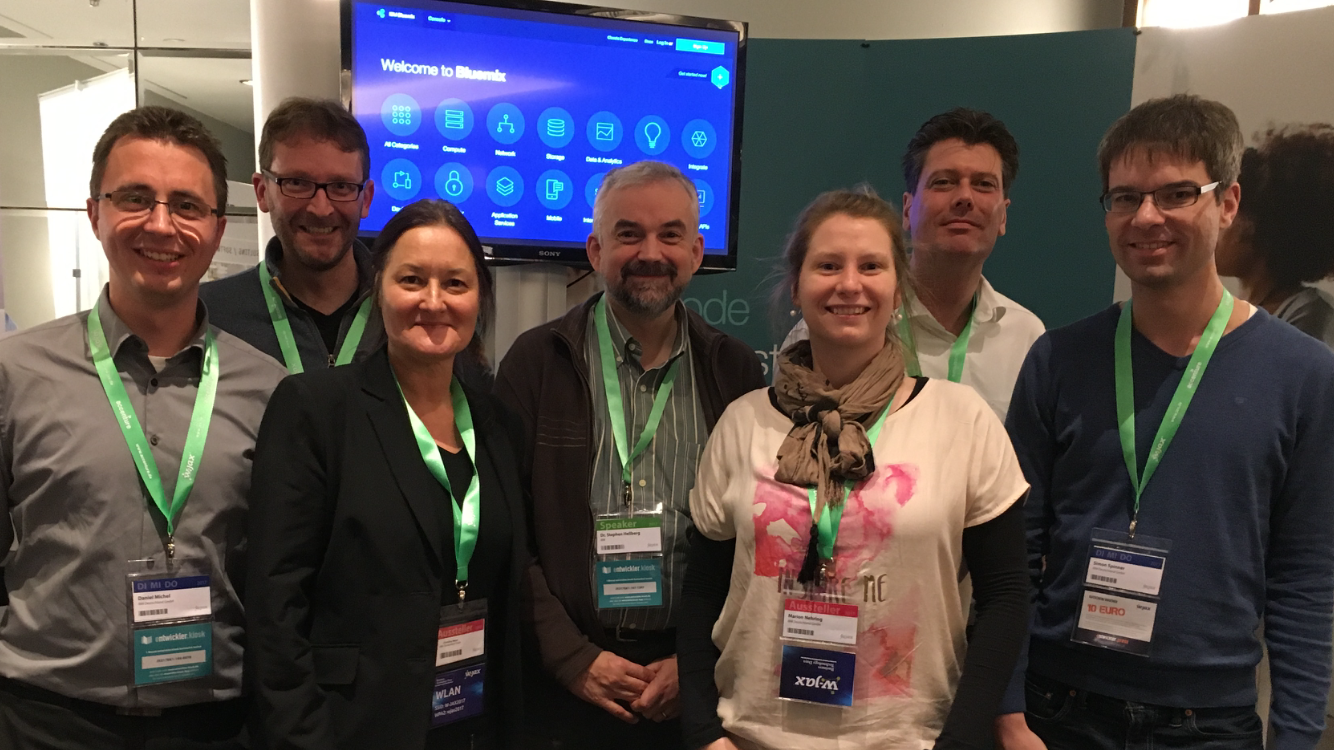 Discussions with developers at the booth:

I gave a session about Slack bots and IBM Watson Conversation: 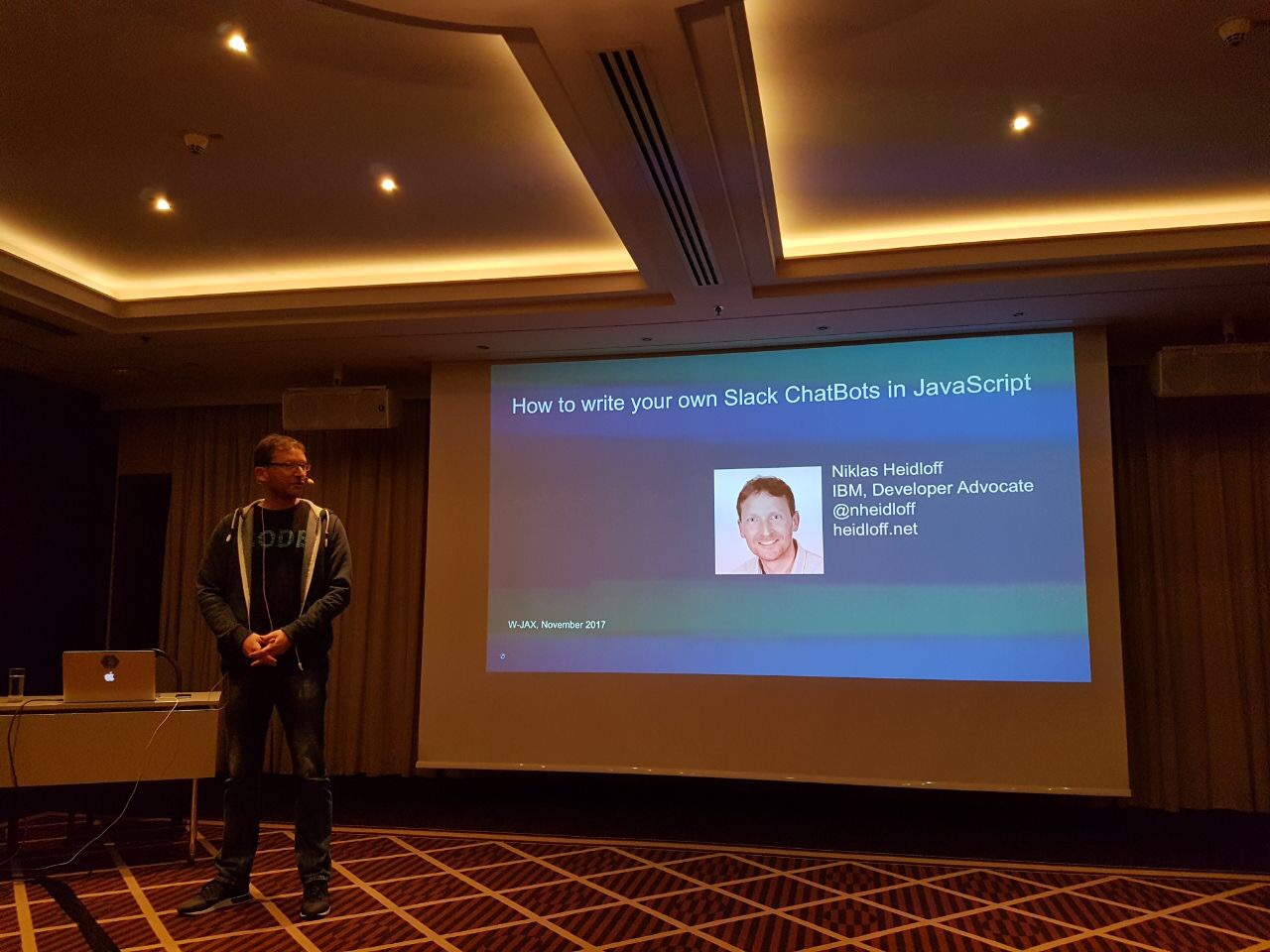 One thing I really liked was a demo another company gave at their booth. They connected Anki Overdrive cars to an IoT platform to demonstrate how to prevent collisions. As it turned out they actually used my code which I open sourced two years ago. 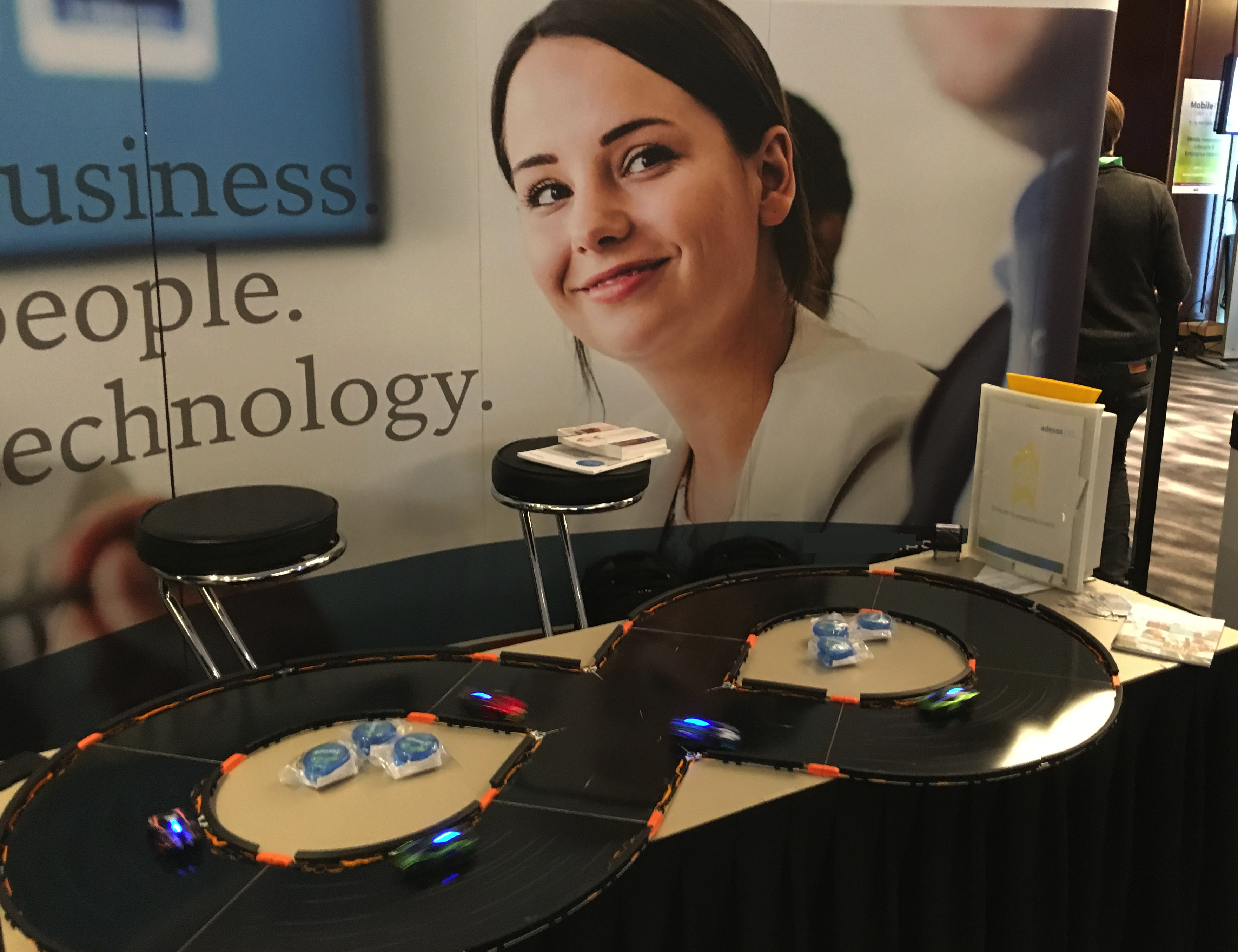