This week my colleagues David Barnes, Ryan Baxter, James Thomas, Thomas Bück, Timo Roeseler and I attended JAX in Mainz/Germany which was attended by 2000 people, mostly Java developers. There was a lot of interest in Bluemix and we enjoyed the discussions with developers. Below are some pictures from our booth, our sessions and prize draws. 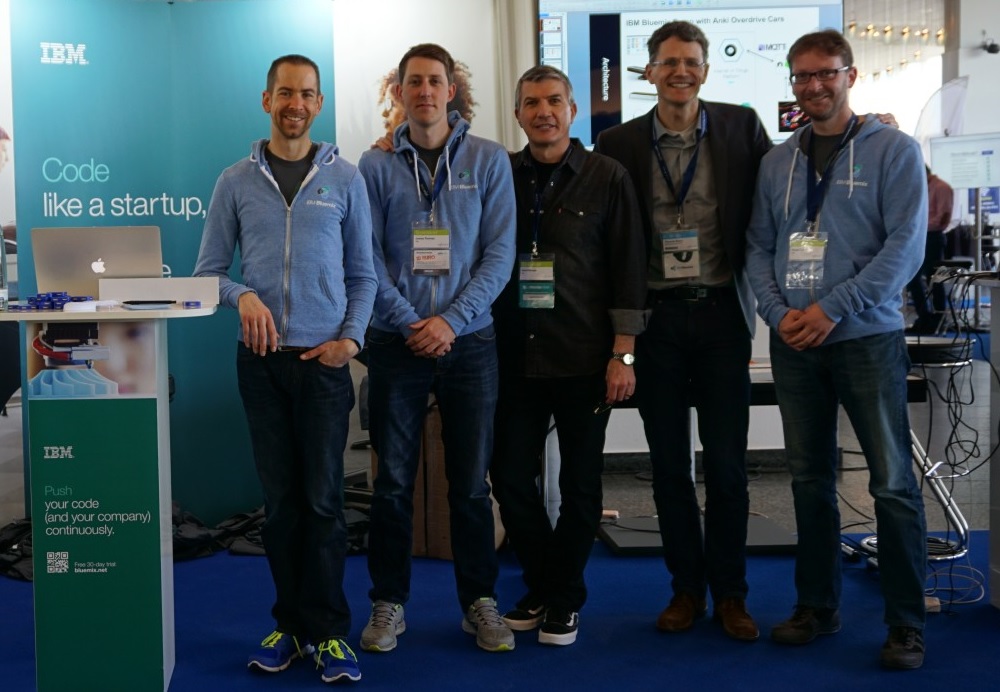 David Barnes in his keynote about the next generation of software developers and drones: 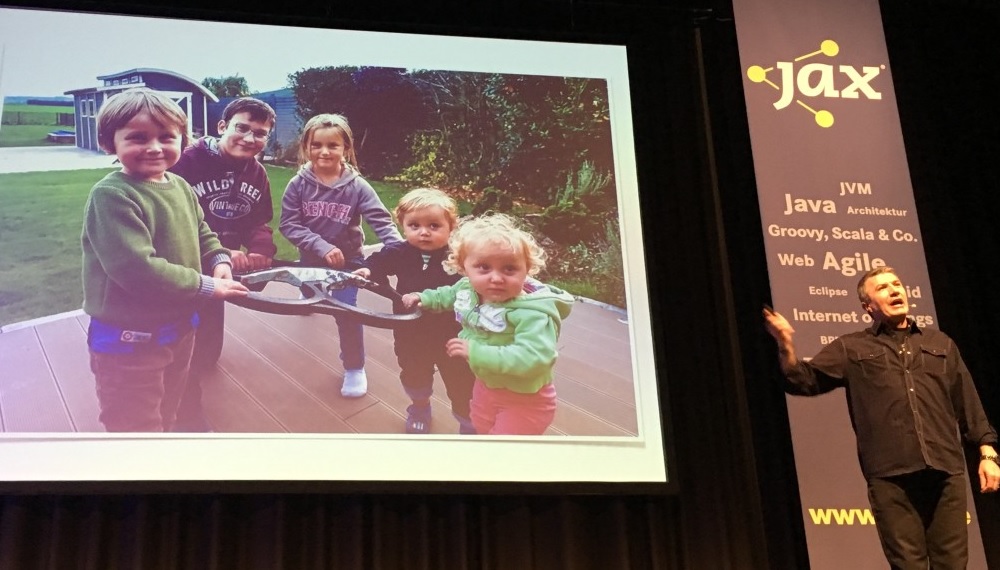 One of our three prize draws where we gave out Apple watches:

We demonstrated Anki Overdrive cars connected to Bluemix which can be steered via gestures: 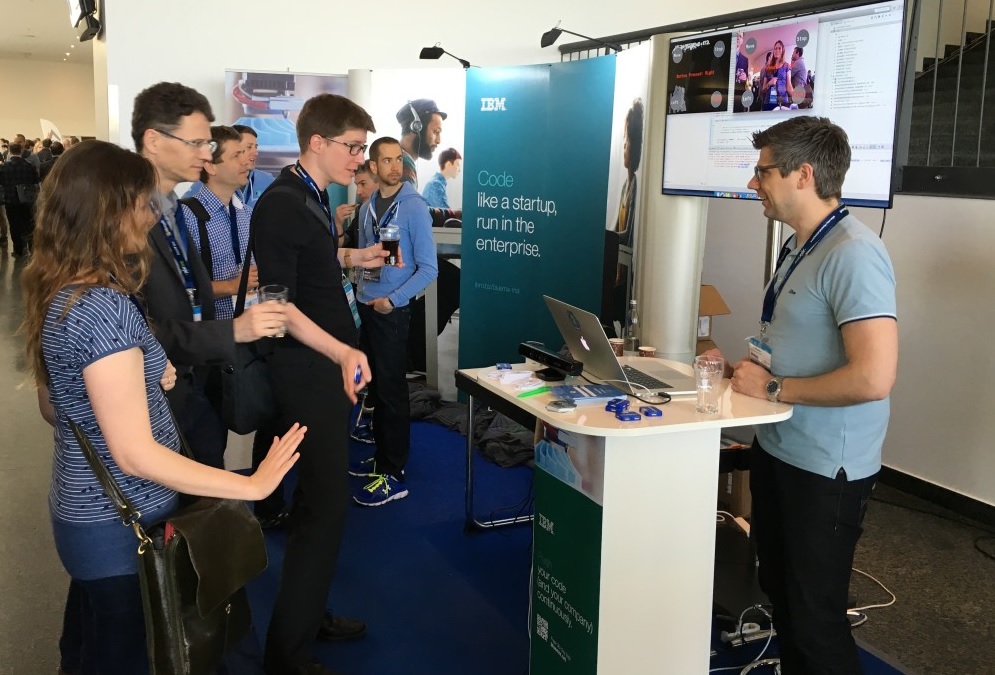 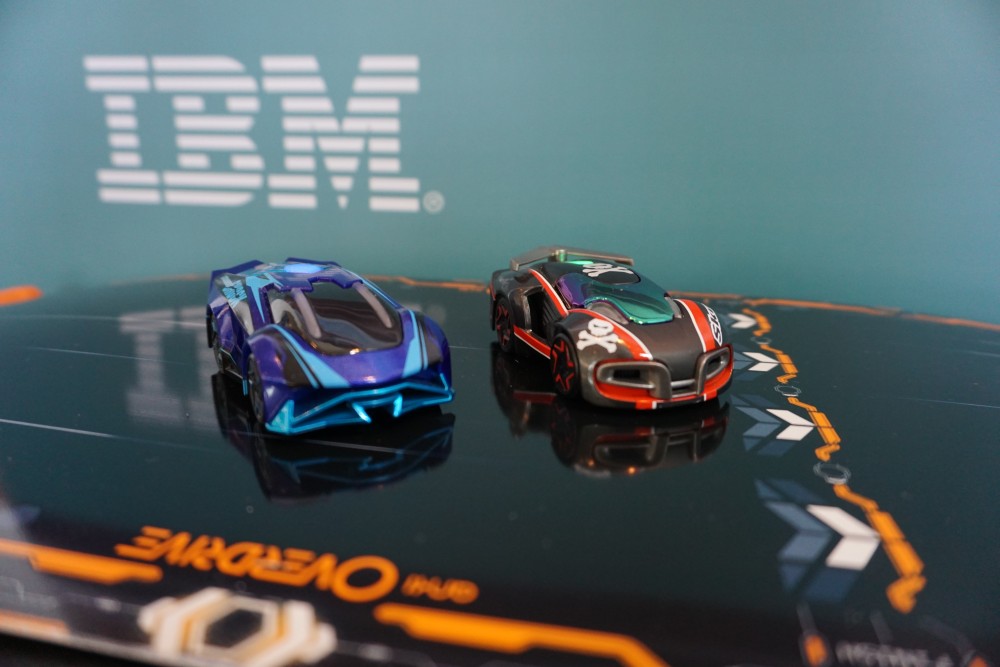 Picture from my Docker session: 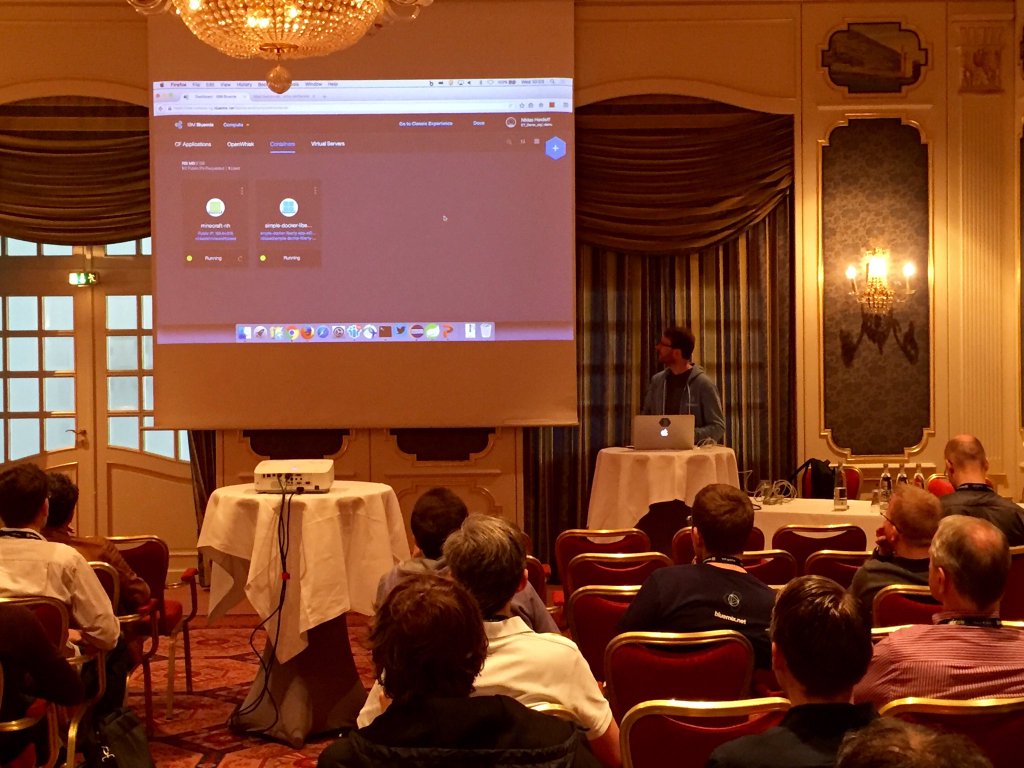 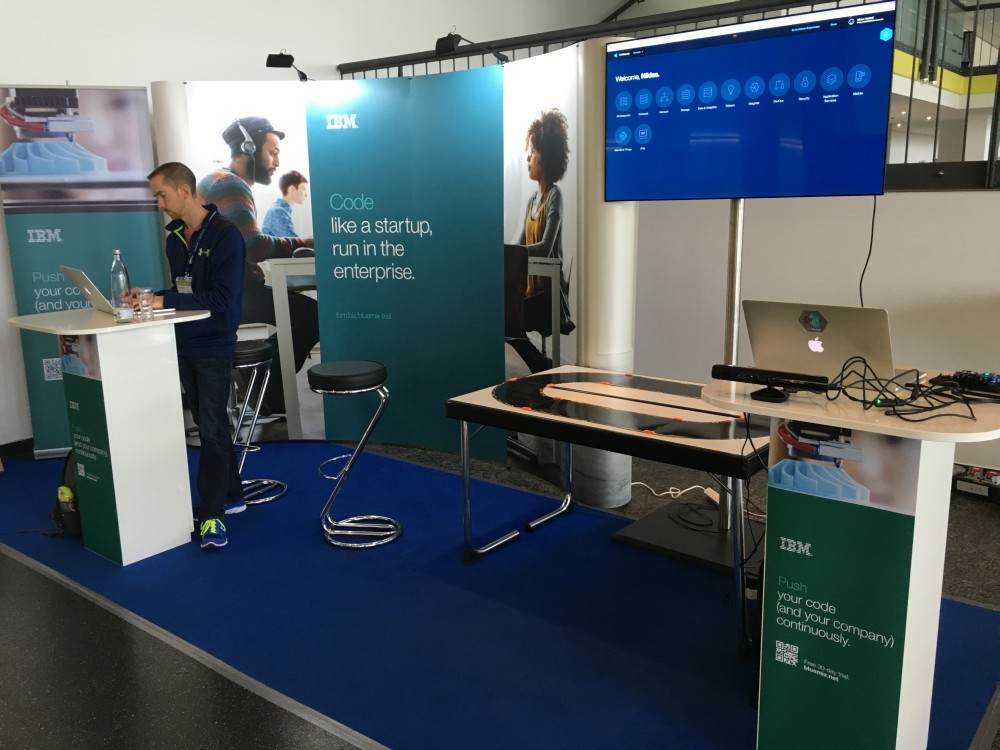 How to get started with Machine Learning on Bluemix