How to invoke OpenWhisk Actions for certain IoT Device Events

Serverless Computing is often useful in event-driven Internet of Things (IoT) scenarios. For example when IoT sensors exceed a certain temperature actions are invoked to fix the issue.

OpenWhisk is IBM’s serverless computing offering in Bluemix. In order to implement a use case like above with the experimental OpenWhisk service, at this point you need to deploy a non-serverless application which receives MQTT events from IoT devices and invokes the appropriate OpenWhisk actions. While such a model seems to defeat the purpose of a serverless architecture, it allows developers to add their own filtering logic. For example rather than invoking hundreds of actions for hundreds of device events, you can invoke the potentially processing-intensive actions only for certain events, for example when the temperature is too hot.

Below is a simple sample how you could do this. Here is a sample action. 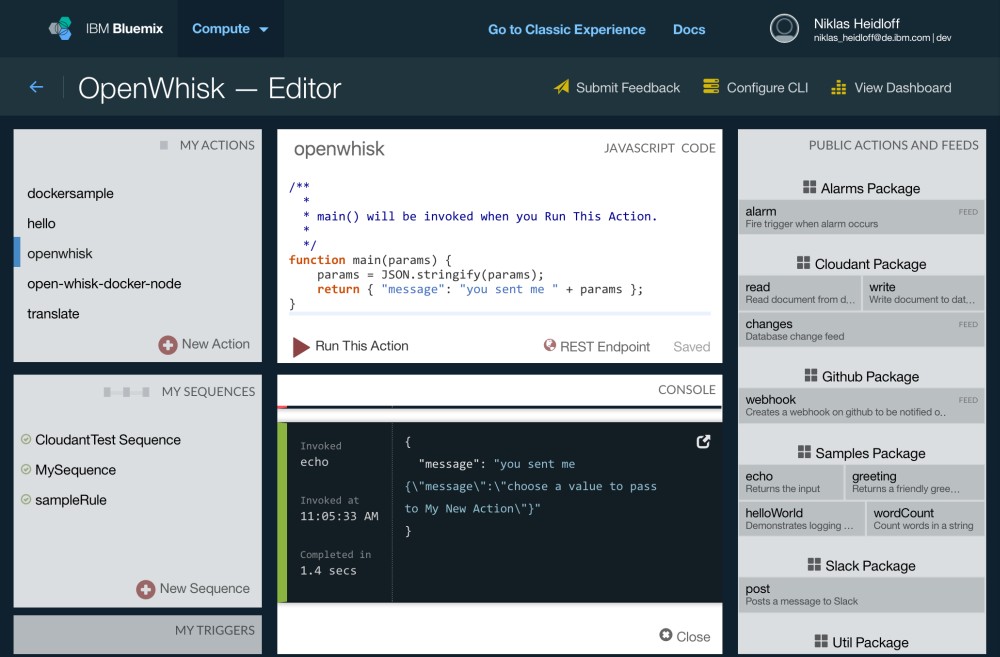 For testing purposes you can invoke events via MQTT tools. 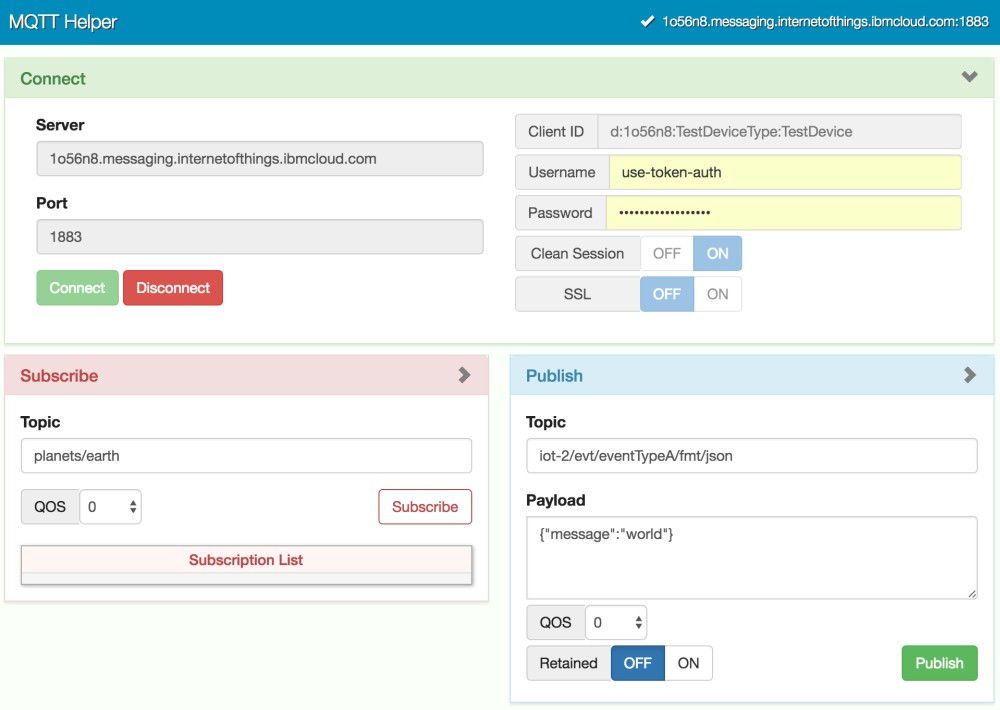 The following code shows a Node.js application that can be deployed via Cloud Foundry or Docker on Bluemix.

The Node application uses iot-nodejs for the MQTT part and openwhisk as a convenience library to invoke actions.

Invoked actions show up in the OpenWhisk dashboard.

As alternative to deploying a Node application you could also use Node-RED, the incoming IoT node and the openwhisk node.

How to use Spring Boot for Serverless Computing