When developing Kubernetes Operators with Golang, often third party modules need to be used. This article describes how to import modules and how to publish your own ones.

Let’s take a look at the definitions of modules and packages.

There is an excelent video Everything you should know about Go modules that describes modules. It’s 20 minutes long, but worth watching.

Rather than repeating everything from the video let me give an example. I’m working on a project operator-sample-go which demonstrates how to build Go operators. There is an operator ‘application’ and a second operator ‘database’. The application operator needs to check whether custom database resources have already been deployed. My earlier blog Accessing third Party Custom Resources in Go Operators describes how to do this.

Since I didn’t explain how modules are used, let me do this now. The database controller in my simple sample has multiple packages, one of them contains the schema of the custom resource definition which the application controller requires. You can download the module manually via the following command. IDEs like VSCode do this automatically.

In the file go.mod the dependencies is defined.

In the application controller code the module is referenced. Note that in order to reference a specific package in the module you can append the path.

To create your own modules, you can push your code to GitHub. To create a version, GitHub tags are used (not releases). You can even assign versions to sub-directories which was useful in my case, since I have two operators in one repo.

If you don’t create tags, the module is accessible under the version v0.0.0-xxxxx where xxxxx is the Git commit id.

After this the module will also be hosted on pkg.go.dev, which is Go’s counterpart to Java’s Maven Central and Node’s npm. 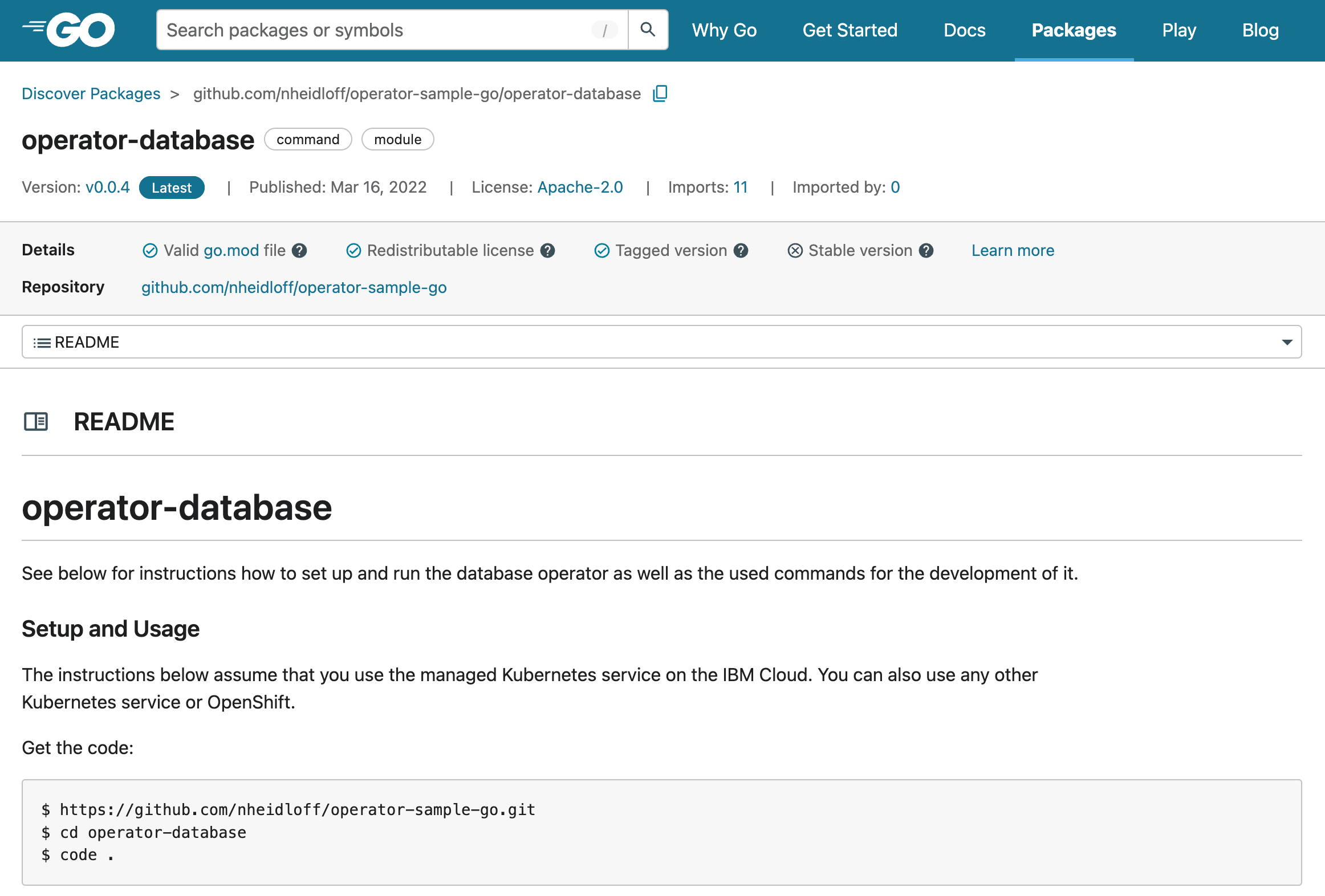 This sounds pretty straight forward, but you need to be aware of a couple of things:

Here are some commands that are useful when working with modules.

Check out the repo and keep an eye on my blog. I’ll write more about other operator patterns soon.