In the process of building new or modernizing older applications, backend functionality is often broken down in multiple microservices. Without modular frontends though, applications often don’t gain the benefits of modern cloud native architectures like continuous deliveries and the abilities to update components separately from each other.

In my previous article Using Micro Frontends in Microservices based Architectures I explained how to modularize a sample e-commerce web application. This allows, for example, to add rating functionality to the catalog user experience without impacting other parts of the user interface. 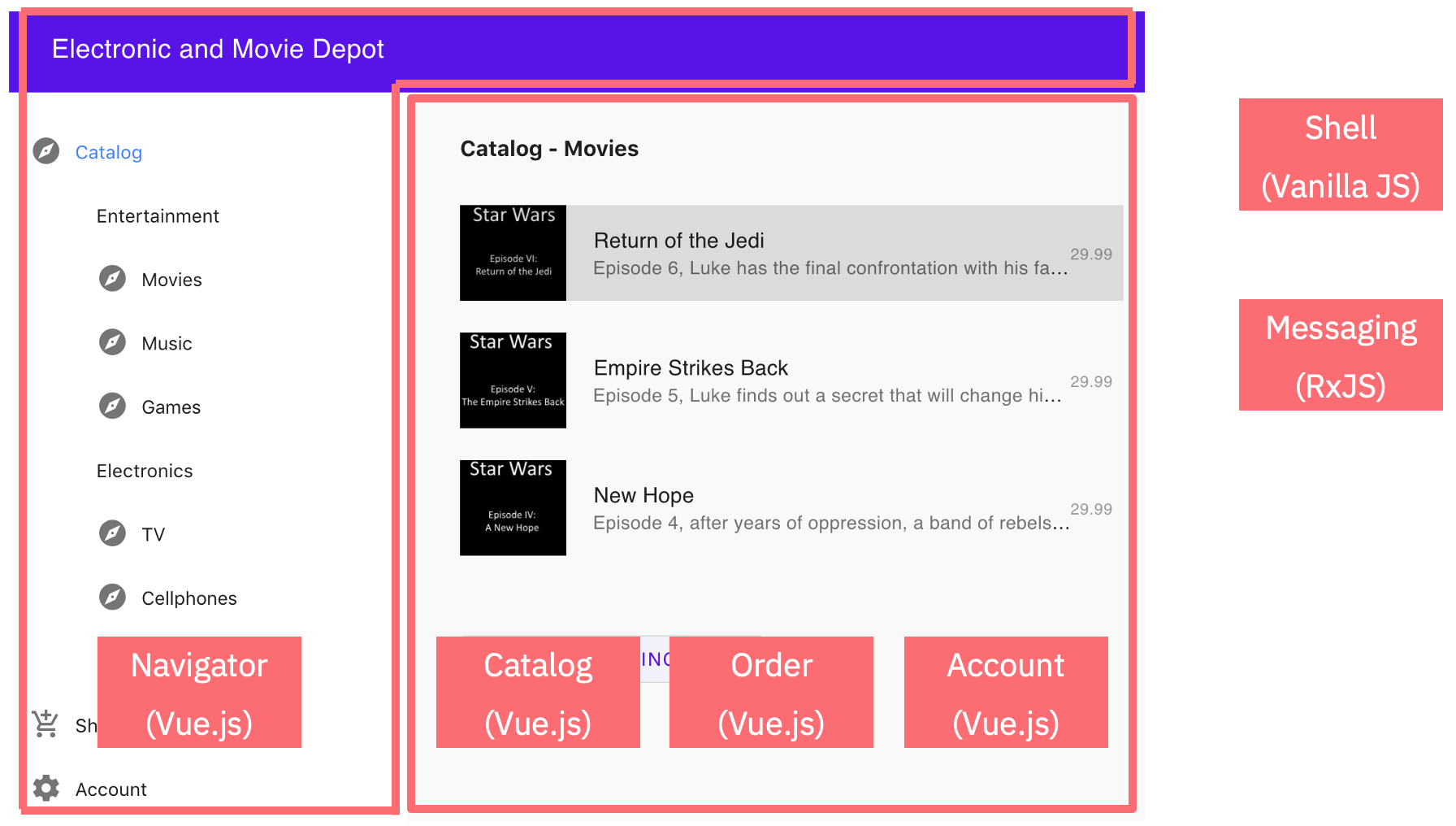 JavaScript has had the ability to build modules in the backend for a long time. Node.js developers use this capability on a daily basis. Recently modern browsers have picked up the same capability for web applications. This allows building ‘microservices’ in the frontend by pulling together modules from potentially different sources in browsers.

As always some browsers are faster than others to support new features. For browsers that don’t support JavaScript modules yet there are polyfills, for example SystemJS which is used by single-spa.

Single-spa is a rather lightweight framework. Let’s take a look how it works.

In the index.html file three essential things are done:

Additionally the different user interface components of the application are registered.

The micro frontends can be implemented with basically all common web frameworks, vanilla JS or web components. Here is an example how the navigator micro frontend has been built with Vue.js.

Definition of the public path:

Main.js file of the Vue.js application:

Single-spa comes with a built-in development tool. By default single-spa loads all components from the location defined in the index.html file. With the tool you can also overwrite these locations.

The screenshot shows the development tool in the browser with which locations of modules can be overwritten. 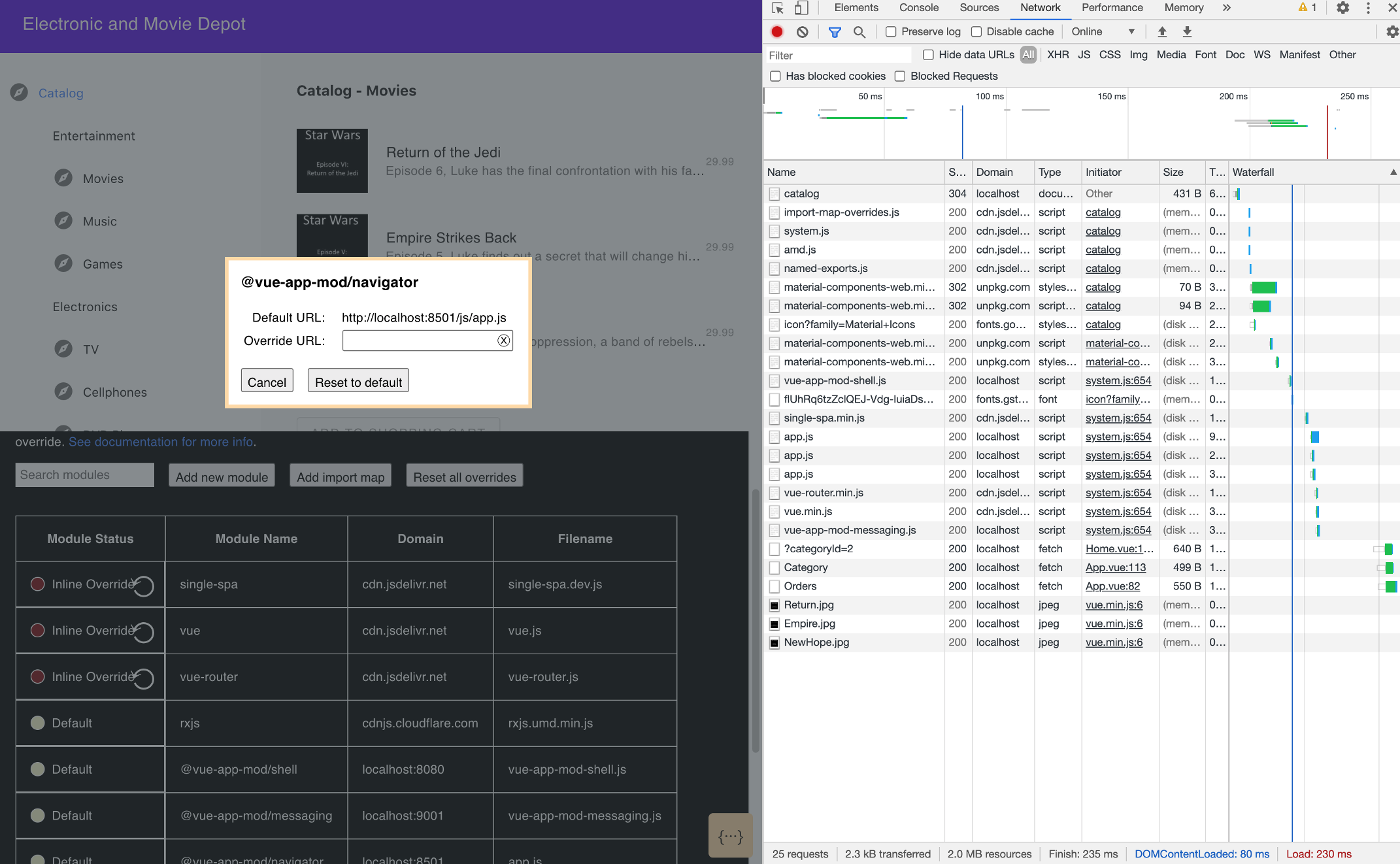 In my next article I’ll describe how modules in a single-spa application can communicate via events.

To learn more about application modernization, check out my blog series in the GitHub repo.