This article explains how to deploy Quarkus applications on OpenShift as quickly as possible. All you need is an OpenShift cluster with enough memory. Everything else can be done in the browser.

In times of Corona in our team of developer advocates we do a lot of online workshops. There are great tools available to host these workshops, but they don’t replace the onsite experience. For example one thing that is difficult is that you can’t look easily over the shoulders of attendees and help them. Additionally attendees often don’t want to stay for hours.

Because of these reasons it needs to be possible for attendees to get started as quickly as possible and potential issues need to be minimised. The typical first lab where you need to set up prerequisites should be shortened or completely removed.

Let’s take a look how Quarkus applications can be developed in the browser and deployed to OpenShift. 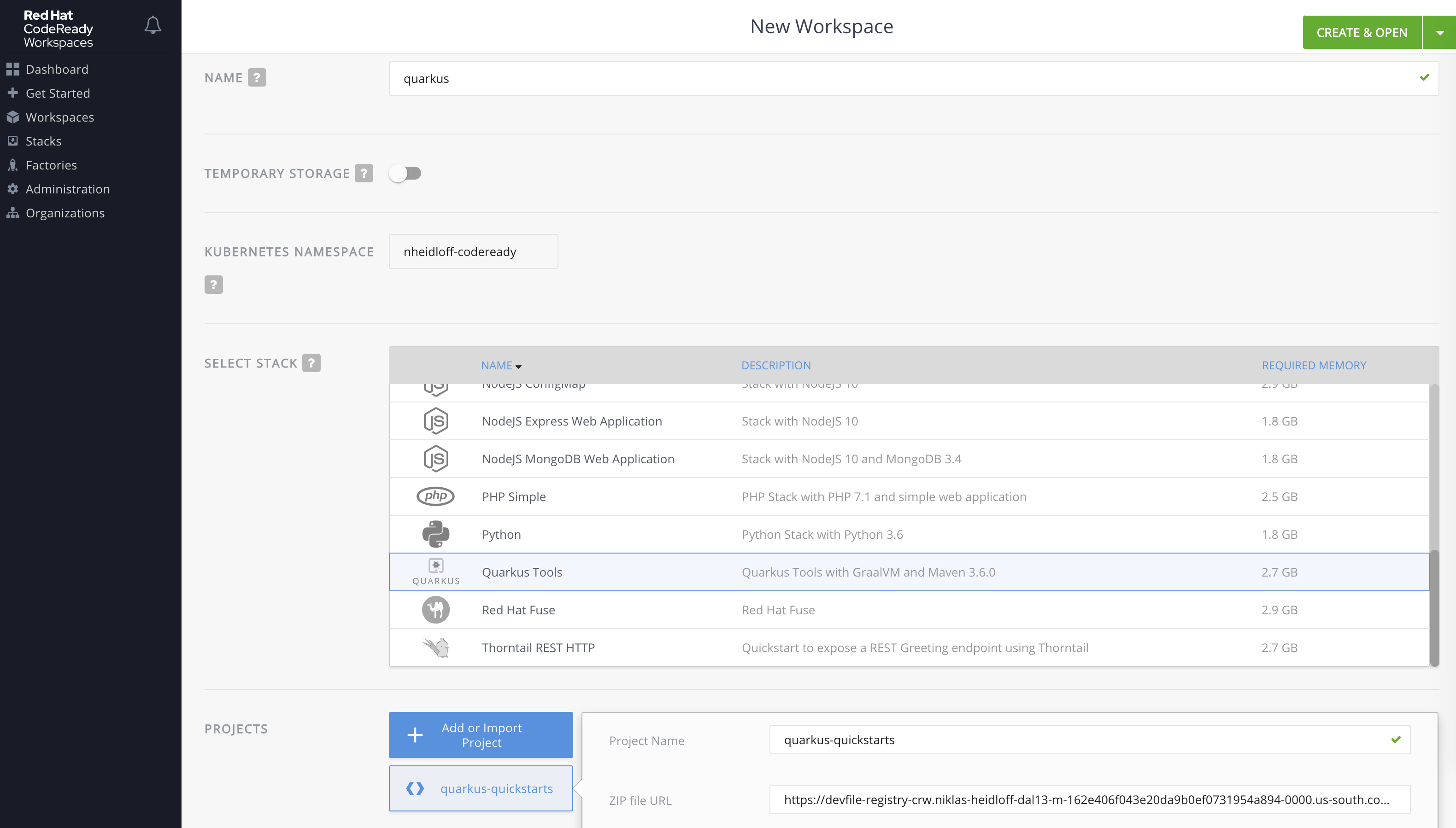 Once you have CodeReady Workspaces installed, you can create a new workspace based on the ‘Quarkus Tools’ template. This template comes with the CLIs and runtimes you need, for example Maven, Java, the oc CLI etc.

Additionally every template contains the Eclipse Theia IDE which contains a text editor. The editor looks similar to Visual Studio Code, but is actually a different technologies. However, you can use Visual Studio Code plugins since both editors support the same plugin model. That allows for example to use the Java developer tools in the web editor.

The ‘Quarkus Tools’ workspace can be created with a Quarkus quick start sample. You can launch the application via the Maven terminal.

In order to access the application via URL an external route is generated. ‘localhost’ would obviously not work. 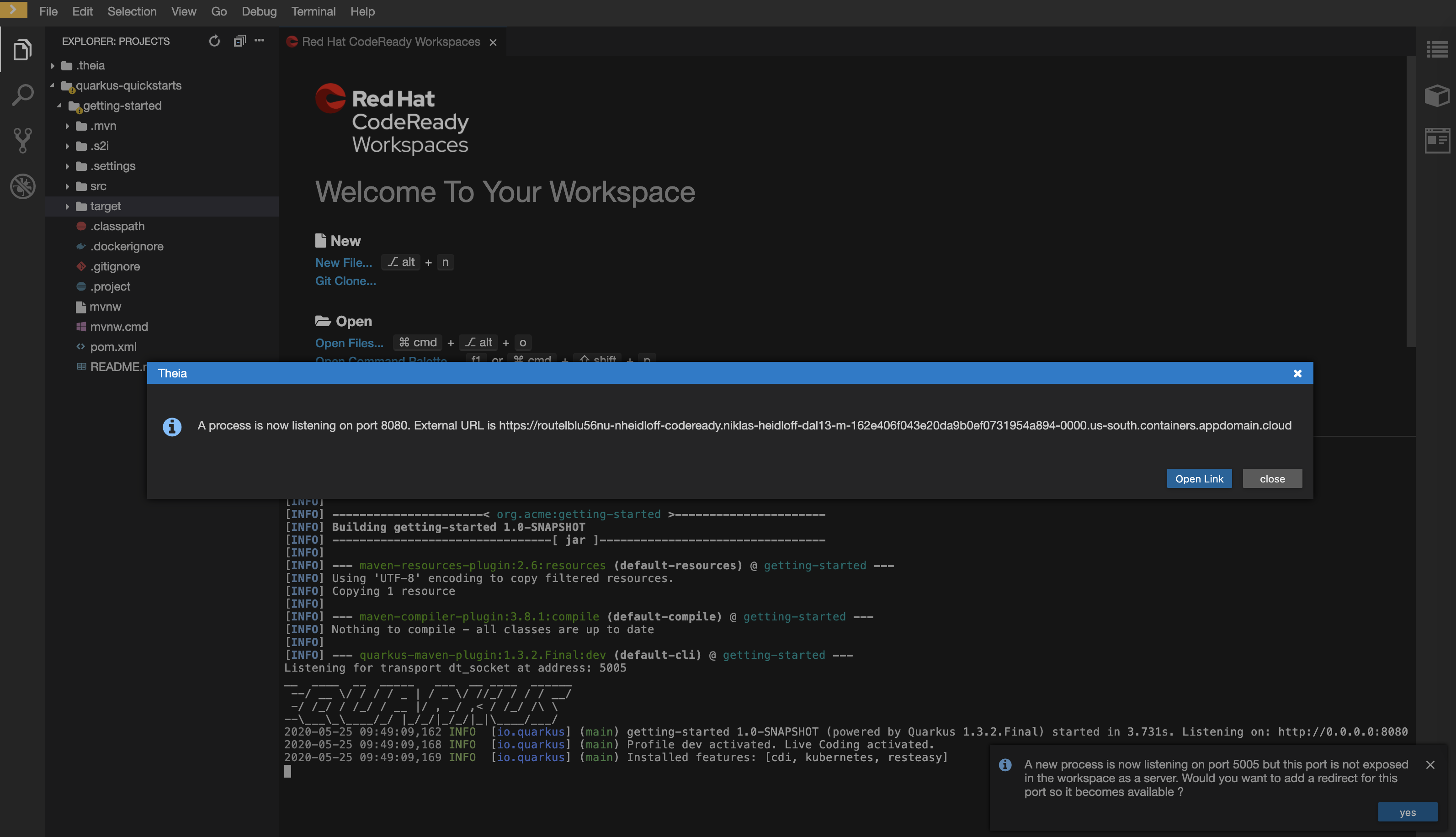 In order to deploy applications to Kubernetes and OpenShift, check out the Quarkus guides DEPLOYING ON OPENSHIFT and KUBERNETES EXTENSION. In this article the OpenShift extension is used which you can install via command line or from the web editor. 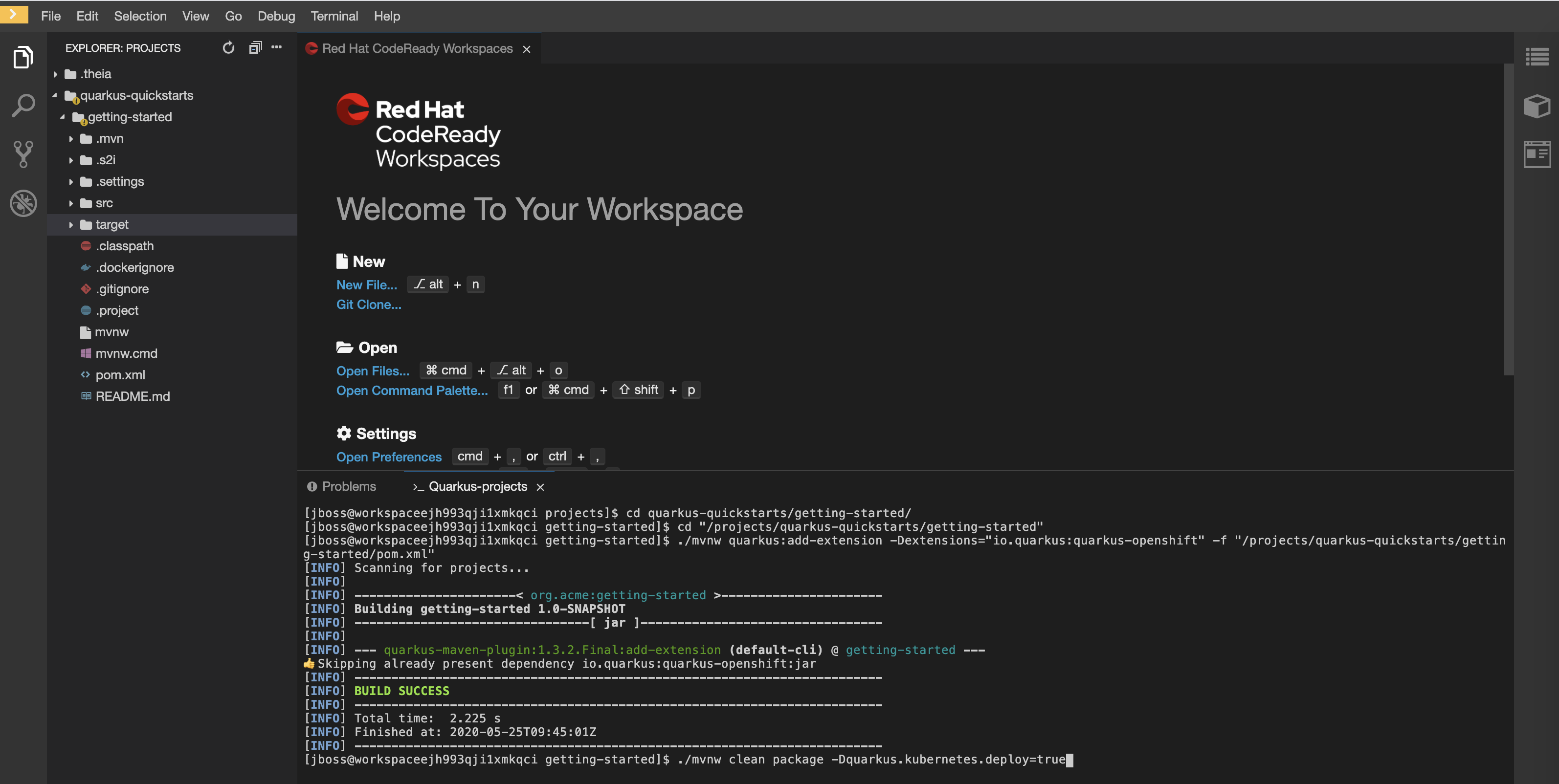 You can check in the user interface for the build status.

The pod with your container will be started automatically. The second pod in the screenshot is the pod with the web IDE which consists of five containers.

To access the application you can create a route via the Maven command above, you can define it the application properties file in Quarkus or do it in the OpenShift web console. 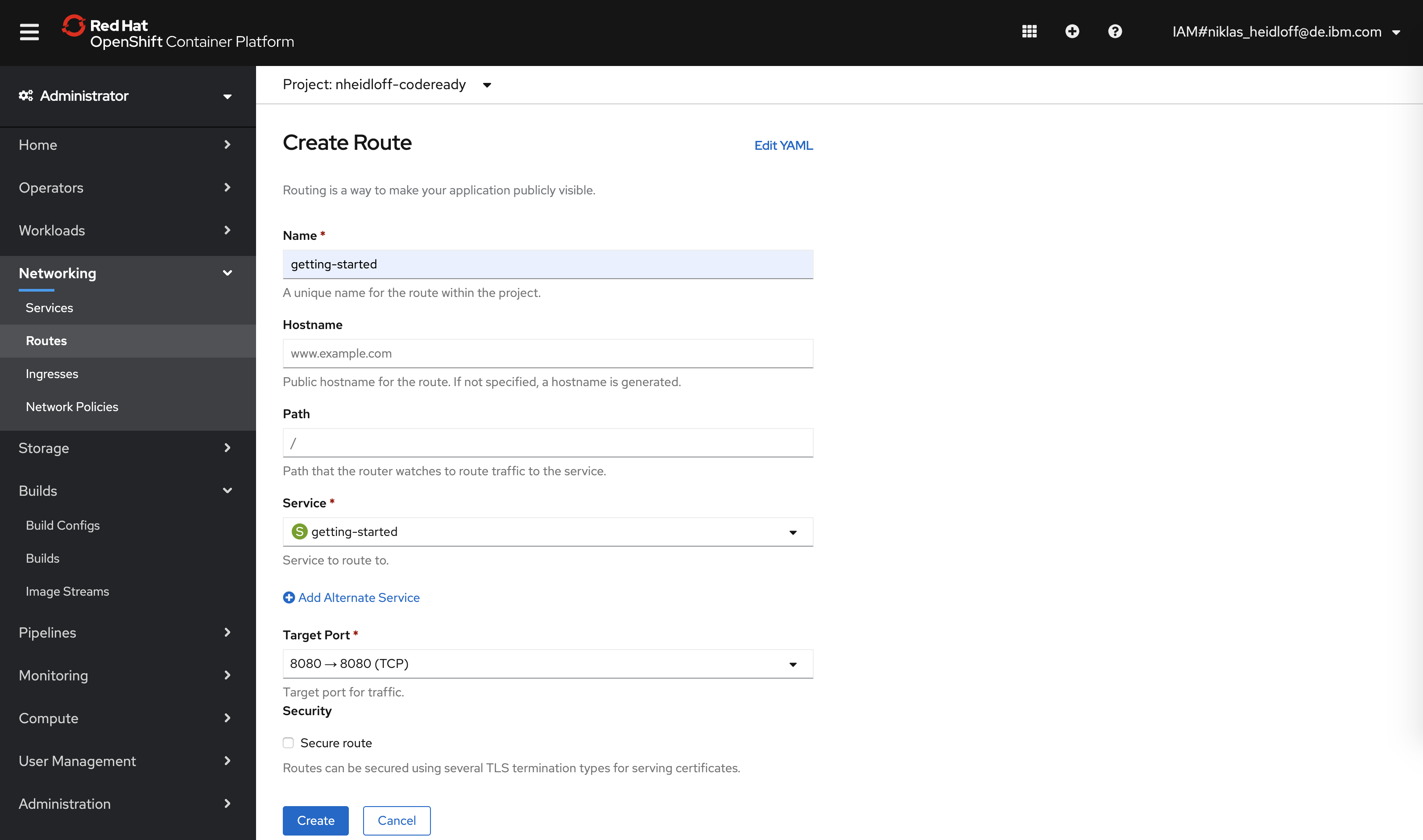 To find out more about Quarkus, OpenShift and reactive programming, check out the open source project Cloud Native Starter.

Setting up Keycloak in OpenShift