From April 19th until 21st my colleagues David Barnes, Ryan Baxter, James Thomas and I will attend JAX in Mainz/Germany to present IBM Bluemix and to talk with developers. JAX is a developer conference with around 2000 attendees with a focus on Java, architecture and software innovation. I attended JAX and W-JAX last year and based on my positive experience I’m sure it will be a great conference again.

David, Ryan, Thomas and I will give sessions related to the cloud, IoT and Docker. The agenda looks promising.

At our booth you can not only learn about Bluemix, but we will also have three lotteries where attendees can win Apple Watches and we have plenty of swag. If we have enough space I’d also like to do the Anki Overdrive demos again to steer cars via speech recognition and gestures via Leap Motion and Kinect with Bluemix and IBM’s Internet of Things platform. 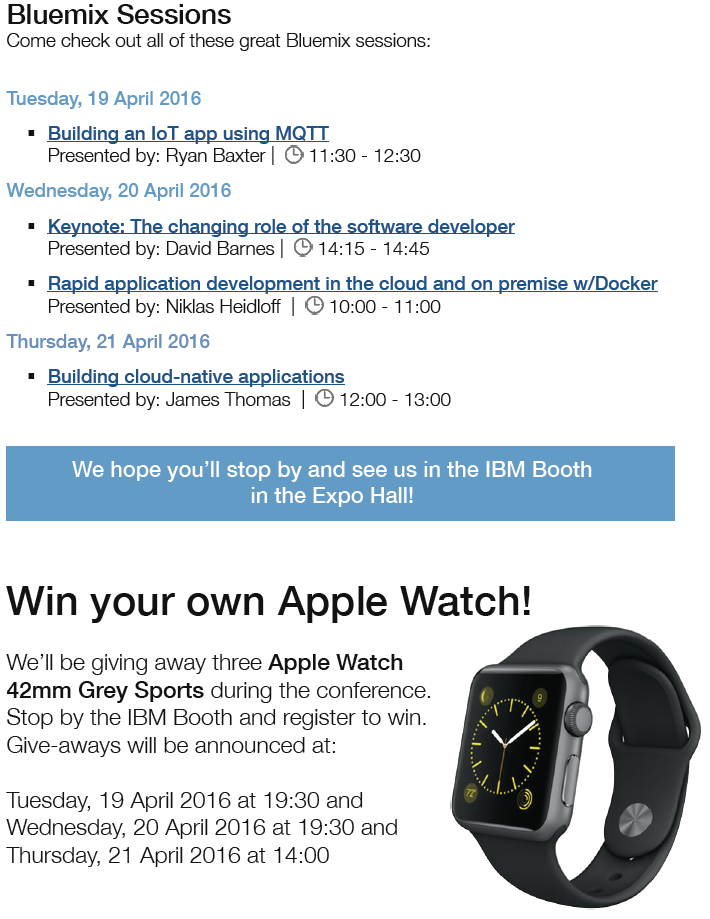 My Thoughts on the Next Generation of IBM Domino App Dev