One reason why OpenShift is popular is that it comes with several functionality out-of-the-box on top of Kubernetes, for example image repositories and pipelines. However one component that is missing is source control. I assume that’s because source control management systems are often already in place.

IBM provides a managed Red Hat OpenShift offering on the IBM Cloud (beta). For source control another IBM service can be used: Git Repos and Issue Tracking which is based on GitLab Community Edition. The instructions below describe how to access private repositories on the IBM Cloud from OpenShift.

1. Create a Repo in GitLab on the IBM Cloud

IBM Cloud provides toolchains with various tools to provide continues deliveries. One of these tools is Git Repos and Issue Tracking. To try this feature, get a free IBM Lite account, create an toolchain based on the empty template and add the Git tool to it.

In order to try this integration, I’ve used a simple hello world microservice and added the code to my repo. This is the GitLab user interface in the IBM Cloud.

Follow the tutorial Creating an IBM Cloud Red Hat OpenShift Container Platform cluster (beta) to set up your own cluster.

To secure the communication between GitLab and OpenShift SSH keys are used. Read the articles GitLab and SSH keys and Private Git Repositories: Part 2A – Repository SSH Keys to learn how create these keys.

The public key needs to be imported to GitLab which can be done under User Settings – SSH Keys.

The private SSH key needs to be added as a secret of a project. Read the article Private Git Repositories: Part 2B – Repository SSH Keys to find out the details.

6. Test access to the private GitLab repo from OpenShift

After you’ve created a new cluster, open the OpenShift console. From the dropdown menu in the upper right of the page, click ‘Copy Login Command’. Paste the copied command in your local terminal, for example ‘oc login https://c1-e.us-east.containers.cloud.ibm.com:23967 –token=xxxxxx’.

From the root directory of your local repo (the authors-java-jee directory of the cloud-native-starter project), run these commands to trigger a build:

This results in a successful build. Note that there is also a way to avoid the first failed build by using annotations. 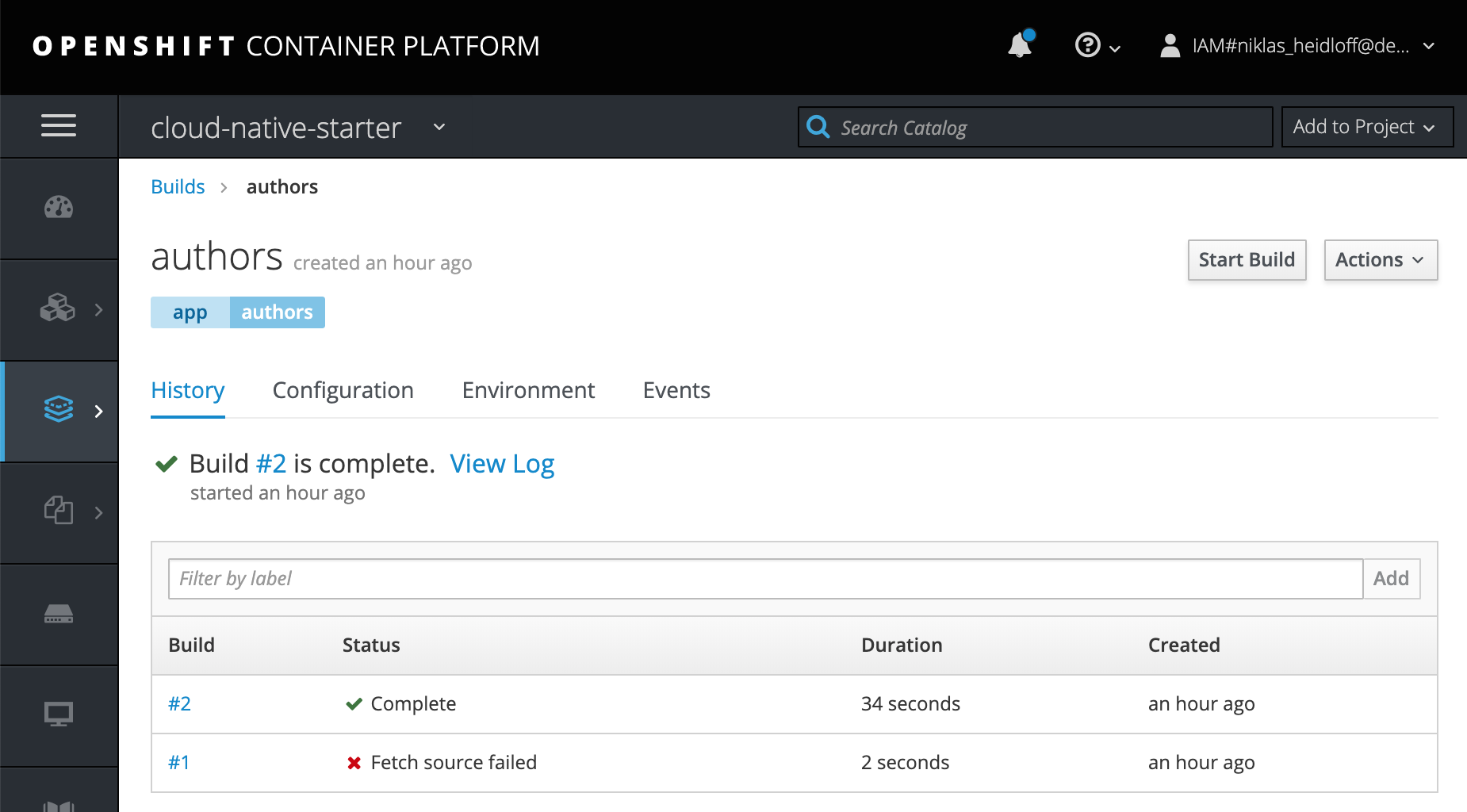 Once the basic communication between OpenShift and GitLab works you can also set up weekhooks to trigger builds on OpenShift when code in GitLab repos changes.

Recording of Jakarta Tech Talk How to develop Microservices