I’ve added a simple Apple Watch App to the Hear the Buzz sample. At this point the list of tweets is displayed so that users can read them and scroll through them via the digital crown. Once watchOS2 becomes available I’d like to add the capability to hear the tweets by playing the audio on the watch. For now the watch app is basically just a ‘read the buzz’ rather than ‘hear the buzz’ app.

The hear-the-buzz project contains a sample iPhone app which finds tweets with positive or negative sentiments for topics which users enter manually or via iOS speech recognition. After this users can read these tweets or listen to them. On Apple Watches users can read the buzz. 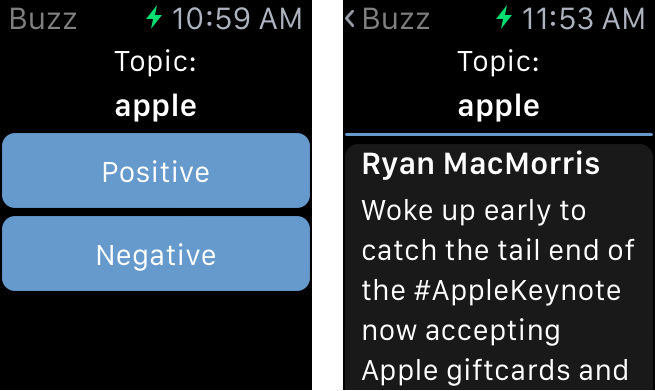 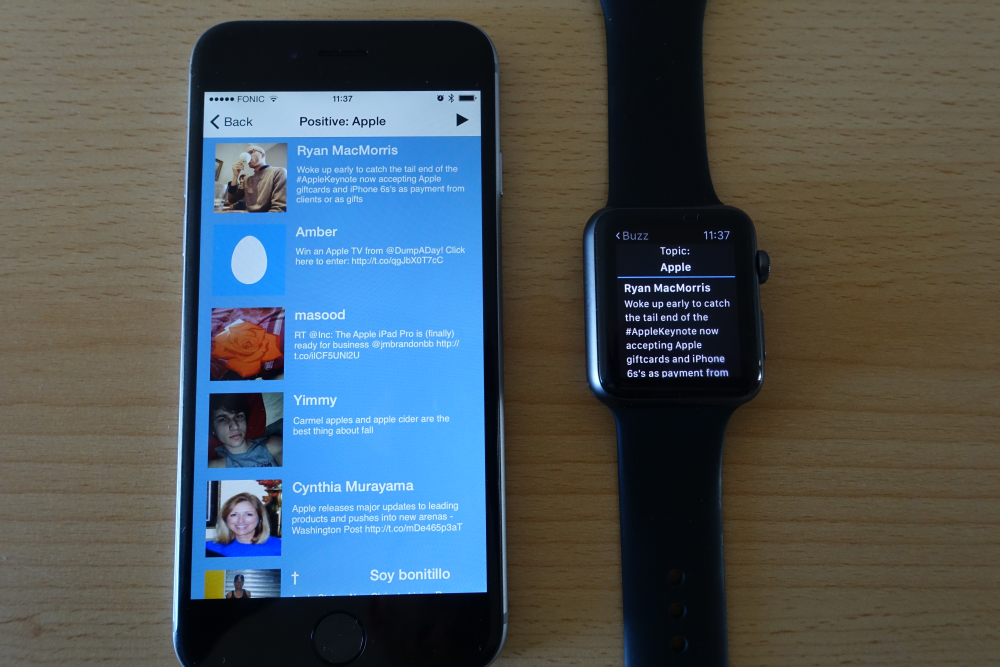 Invoking the Insights for Twitter Service in Bluemix from Swift