Having Fun with the Bluemix Selfie Drone

Recently I had some time to build another IBM Bluemix demonstration which showcases the Internet of Things functionality and cognitive Watson services. With the “Bluemix Selfie Drone” application you can take selfies via a Parrot AR Drone 2.0 drone and tweet the portraits on the pictures.

Via navigation buttons in a web application the drone can be navigated and then multiple pictures can be taken. The Alchemy Face Recognition API is used to find the faces on the pictures and the portraits are cropped out.

The application requires the drone controller that Ryan Baxter implemented and open sourced. Ryan also extended the project recently so that it also works with a Bebop drone but I haven’t tested it. The Bebop drone should be able to take pictures with a much higher quality.

The web application below has been implemented via Java and AngularJS using web sockets to send the pictures to the web clients. The pictures are also stored in a Cloudant NoSQL database.

Here is a picture from me using the selfie drone to take pictures. 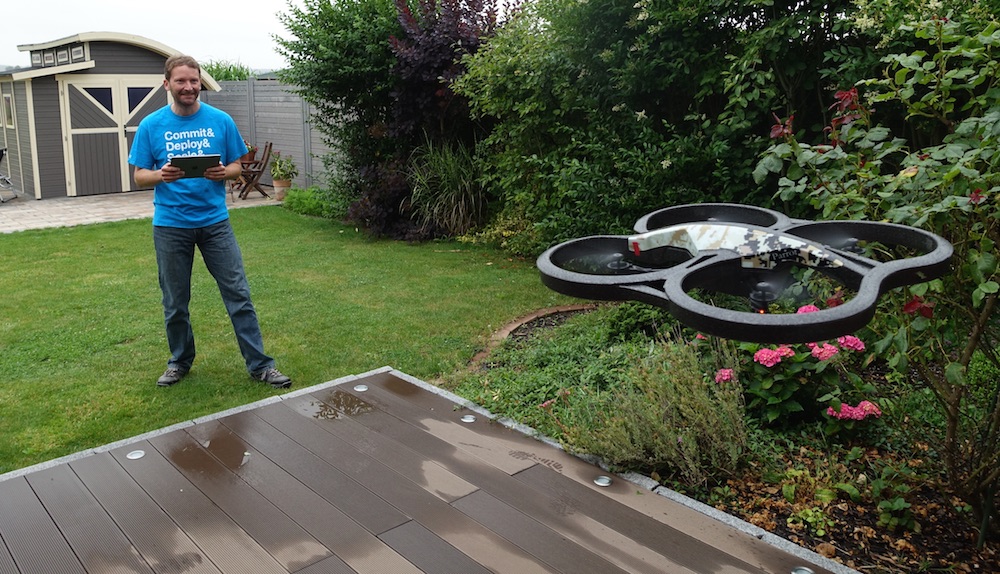 Via the web application users can navigate the drone and take pictures. Both, the full pictures as well as the portraits, are displayed. 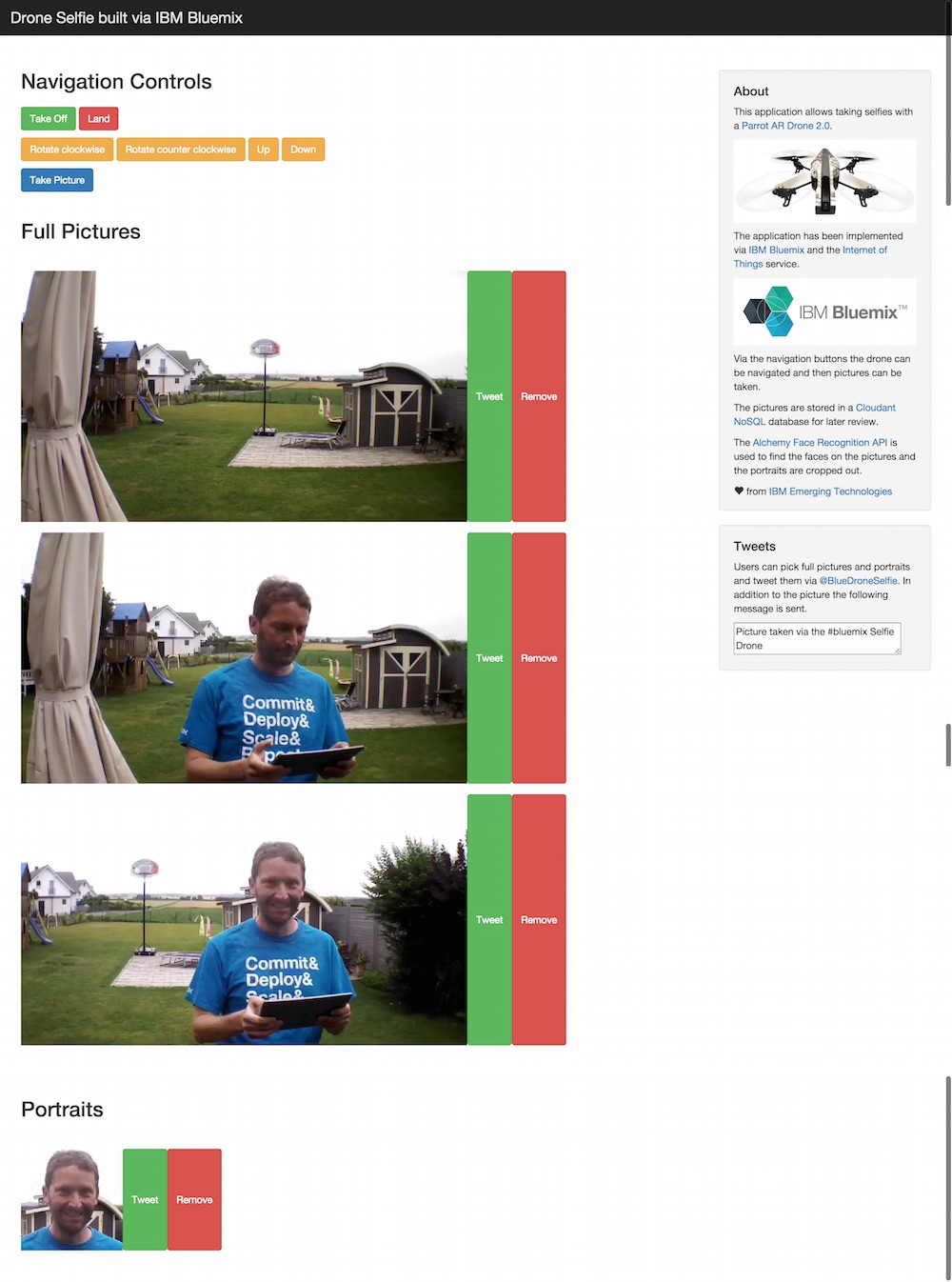 I tweeted the portrait on this picture which Alchemy identified.